The Islamic Military Counter Terrorism Coalition: Can It Meet Its Objectives? 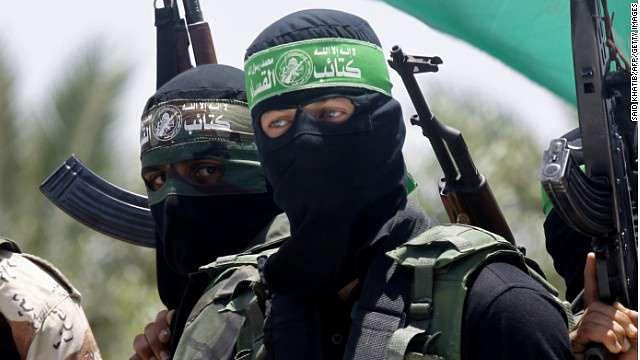 It has been in the making for some time, but recently the first meeting of representatives of 40 Muslim and Muslim majority countries finally got the Islamic Military Counter Terrorism Coalition (IMCTC) off to a start on the theme, ‘Allied against Terrorism’. The coalition came to notice first time in late 2015 when talks of the then Pakistani Army Chief General Raheel Sharif heading the forces came up.

Some observations on this before analysing the fructification of the Saudi initiative in putting together an alliance of Muslim countries to fight the increasing scourge of terror.

Is it what it is made out to be or is it going to be an entity beyond or much below its stated objectives? The Saudi initiative itself seems strange since it is the ideology which emanates from within the Saudi land which has been largely responsible for the spread of violent extremism around the world. Wahabi Islam has the more obscurantist ideology. It is centered on Saudi Arabia but various schools of Islamic ideology have morphed today into radical beliefs, which attempt to keep the faith pegged to the conditions believed to exist in the period of the Salaf or the first three generations after the Prophet.

The promotion of intolerance has varied antecedents but in modern times can be traced to 1979 when an ardent effort commenced to promote the Saudi ideology in a hope to prevent the counter ideology promoted by Iran which follows the Shia school of theology in Islam. This was after the Iranian Revolution of 1979. Political Islam mainly identified with the Saudi ideology has largely led and influenced geopolitical events in the Middle East. Now with a 32-year-old activist Crown Prince in virtual control of things in Saudi Arabia the above argument could become history.

Many are believing that the calling of the meeting of the IMCTC could well be a contributory element to Crown Prince Mohammad bin Salman's (MBS) ambitious measures to turn Saudi Arabia around, project it as a moderate state looking for modernity and employ force if necessary to prevent the rise of obscurantism. Among the measures MBS has already taken is permitting women to drive vehicles, which was something quite unthinkable till recently. He has also given the go-ahead for women to enter stadiums to watch sports involving male teams.

Although he has made no direct efforts to pressure the clergy, signals are already being sent about what the ideological dispensation of Saudi Arabia will be in the future; a more moderate and supposedly benign form of Islam. What needs to be remembered is that ideologies do not change overnight, so whatever MBS is attempting is likely to have a longer gestation period than what may be perceived by some, including Jared Kushner, US President Donald Trump’s son-in-law. The latter is obviously a moving force in support of MBS.

Radical extremist groups, although of the same religious ideology as the Saudis, consider the Royal Family insufficiently Islamist and incapable of leading the Islamic world. Hence paradoxically, Saudi Arabia’s own ideology has come back to target it. The Islamic State of Iraq and Syria (ISIS) has taken the Wahabi ideology to another extreme and considers Saudi Arabia as much an enemy state as others. The Saudi leadership under clergy pressure has all along followed a path of financing and sponsoring the spread of Wahabi ideology. From Pakistan to parts of India and into South East Asia these networks have proliferated and brought in their wake an expansion in the Wahabi footprint through the takeover of existing mosques.

The ISIS phenomenon, its ability to influence young people through slick advertising of its ideology and the manner in which it has used violence of different shades across the world without sparing Islamic countries, has obviously caused much concern among the latter. This has drawn them to the Saudi idea of an anti-terrorism coalition. However, what this alliance will really be and how it will fight terror is yet unclear, notwithstanding more than a year having gone by with Gen Raheel Sharif in the chair as its military head.

The alliance has no presence of Iran, Syria or Iraq. Effectively, the large segment of the Shia world has been blocked out. Turkey forms a part of it although it also attended a recent meeting of Iran, Syria and Qatar. Indonesia has not yet joined the alliance although Malaysia and Brunei are two Islamic countries from South East Asia who are a part of it. Interestingly, Qatar was a part of the original composition in 2015, but after the recent rush of events whereby it has been isolated at the behest of Saudi Arabia, it was not been invited to this event.

The alliance has stated that its primary objective is to protect the Muslim countries from all terrorist groups and terrorist organisations irrespective of their sect and name. It claims to be targeting terrorists in "Iraq, Syria, Libya, Egypt and Afghanistan". It has reaffirmed that it would operate in line with the United Nations and Organisation Of Islamic Cooperation provisions on terrorism. Which are the areas where coalition military forces will deploy at the outset is not yet clear.

Before raising legitimate questions on the effectiveness of such a coalition, it is important to point out that besides the threats posed by ISIS like terror groups, the exclusion of the Shia countries appears to point towards the possibility of this coalition being also aimed at Iran supported proxies. The war in Yemen, where Iranian proxy support is allegedly available to the Houthis, and the situation in Lebanon, where the Iran supported Hizbollah rules the roost, have caused much concern in Saudi Arabia.

It is a measure of the influence that Saudi Arabia continues to maintain over the Sunni Islamic world that we find such a large presence of Sunni countries in a coalition whose aim, concept and design yet remain sufficiently vague. For the US and Israel, both of who vehemently oppose Iran's potential dominance, the creation of such an alliance provides the opportunity of proxy containment of Iran. More advice from both countries would probably be available in the future to take the coalition to the next level.

How does an alliance of 40 countries fight potential terror related or hybrid situations? This must be a question that Gen Raheel Sharif would have been debating over the last one year. Will there be a pre-emptive deployment to support vulnerable countries incapable of fighting terrorism on their own? Will there be a standing force or a commitment to provide troops and counter terror experts or will it be a response related mobilisation to situations? Training and uniformity of procedures will take long to establish. These are just a few of the initial questions and many more can be asked.

The issue which is clear is that deployment of military and other counter terrorism resources to fight terror or hybrid proxy wars in an alien environment is not the easiest of operational responsibilities. What are far more manageable are four things; intelligence sharing, prevention of proliferation of financial networks, neutralising networks for move of military wherewithal and lastly preventing harnessing of international terror human resources/recruits. To this one also add monitoring of social media and other networks as part of intelligence gathering and sharing and training.

It is not known which countries have offered troop contributions to the coalition. However, since Pakistan seems to be one of the most prominent members with attendance by a strong and high level delegation and given its recent run of anti-terror operations some presence from it in important positions in Gen Raheel Sharif’s secretariat is likely. No offer of troops appears to have been made although Saudi Arabia would definitely like more proactive Pakistani involvement in its war in Yemen.

Thus the 40-nation IMCTC appears to be more a notional organisation in being. Its ability to launch counter terror operations with the current status is highly questionable. However, its psychological message is significant, especially in conveying the willingness of Islamic countries to jointly fight terror threatening any Islamic country. The translation of the psychological message into action to defeat terrorism is still some distance away. That is the challenge in front of General Raheel Sharif.