Time For India To Start Rupee-Kyat Border Trade With Myanmar 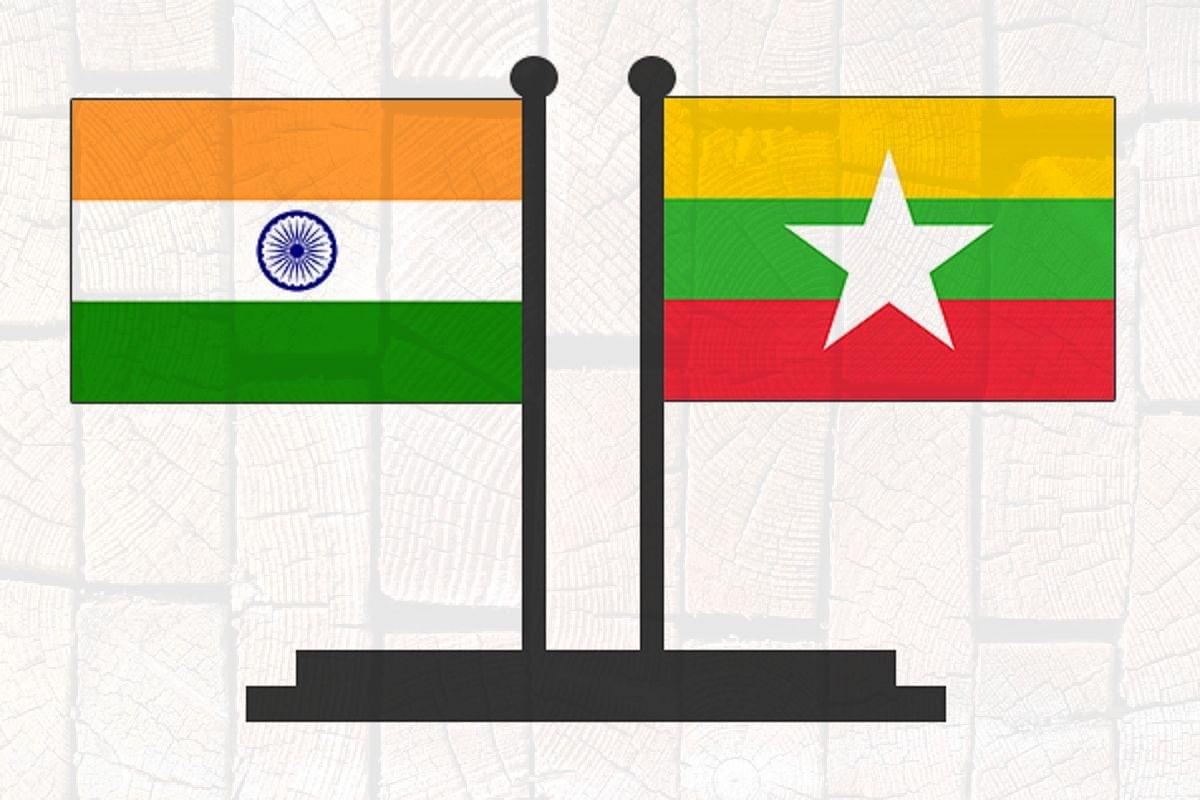 India stayed invested in Myanmar after the 1 February 2021 coup. It was not an easy choice in the times of military raids, counter-attacks by the pro-democracy resistance groups, Covid, US sanctions and a crippling economic crisis. However, the primary goals were achieved.

As against the popular resentment (and attacks) against China — which has recently promised all support to the military Junta and is trying to utilise the opportunity to take its Belt and Road agendas forward — India remained free from controversy. The Trilateral Highway construction is also progressing.

New Delhi should now show the competitive zeal in converting the goodwill into economic influence by introducing the Rupee-Kyat border trade as proposed by Myanmar. It may also open new opportunities to the northeastern states of India.

There is a proposal to build a petroleum product pipeline to the border town of Moreh in Manipur. Till that comes, a limited period viability gap funding may help North East-based refiners to tap the demand for petroleum products in the adjoining areas of Myanmar.

The dollar-starved Naypyitaw proposed local currency-based border trade to neighbours India, China and Thailand at least two months ago. The RMB-Kyat trade has taken off from April. Thailand is actively considering a similar move.

Myanmar makes a distinction between border trade and sea trade. The latter remains US dollar-denominated. However, the Junta barely has foreign exchange reserves to support the dollar trade.

Beginning April, Myanmar moved to a fixed exchange of Kyat 1,850 a dollar. The market rate is currently ruling above K2,000. Additionally, 70 per cent of the traded items (up from 34 per cent) are brought under the import licence regime.

Junta wanted to stop the free fall of Kyat. On the flip side, an artificially strong local currency reduced the export competitiveness of Myanmar, thereby further accentuating the crisis.

The mining resources — like Jade, nickel, copper, natural gas etc — were mostly leased out to China before a partial democracy was established in 2011. The agri sector was hit in 2021.

While the crop (rice, pulses) outlook remains stable in 2022, dollar-based exports may suffer.

Local currency-based trade is, therefore, a dire necessity for Naypyitaw. China readily agreed to that and more. On 1 April, Chinese Foreign Minister Wang Yi visited Myanmar and promised: “No matter how the situation changes, China will always support Myanmar...”

The former Suu Kyi government agreed to CMEC. However, there were public protests against some of the planned projects. Beijing now wants to give them a big push.

China is riding on its territorial influence in the mining resource-rich areas in Eastern Myanmar bordering China. The immediate plan is to convert Shan into a launchpad for CMEC.

The armed forces of Myanmar or Tatmadaw have limited control in the region. Historically, China had been in close relation with the ethnic armed organisations (EAO) in Shan. These armies didn’t join the peace process in the past and didn’t support anti-Junta guerillas either after the coup.

The Chinese move is not free from its concerns.

First, according to a recent article in The Diplomat (‘Shan state exemplifies China’s tangled Myanmar ties,’ 4 May 2022), Beijing was responsible for supplying arms to the EOAs in the past. Now, they are riding on the support of a criminal syndicate to give shape to CMEC.

Meanwhile, China has surely become unpopular in the rest of Myanmar. In Kachin, in northeast Myanmar, the EOAs launched offensives on Tatmadaw. Kachin is the source of the world’s finest Jade. The business is controlled by China.

There are multiple reports of attacks on Chinese properties in Myanmar over the last year. In one incident, an attack was launched on Tatmadaw guarding a Chinese oil installation. China’s popular microblogging site, Weibo, was abuzz with threat alerts in May.

Most importantly, Tatmadaw was never comfortable with China’s aspirations. They were forced to depend on China during the long isolation between 1962 and 2011 when the rest of the world abandoned them.

The last decade, however, saw Tatmadaw diversifying to Russia. Moscow inked a massive arms sale deal with Myanmar just ahead of the coup. After the coup, Junta head Min Aung Hlaing visited Russia.

But just when the supply started or was about to start, came the Ukraine war. Time will tell if Russia lives up to its promises to Naypyitaw. However, it is unlikely that Beijing will have a free run in Myanmar.

Apart from being a neighbour to India’s North East; the importance of Myanmar lies in its geostrategic location. Before 1962, India was in a commanding position here. The space was vacated to China in the name of ‘ideology’.

The Narendra Modi government accelerated the implementation. But the progress of the Kaladan project suffered due to the dual blow of the Rohingya crisis in Rakhine in 2017 and the coup in 2021.

As things stand now, the India-built Sittwe port in Rakhine is non-functional as the connecting road to Mizoram is not ready. China, meanwhile, completed the Kyaukphyu seaport and laid oil pipelines to Kunming.

Under these circumstances, further consolidation of the Chinese stronghold, through CMEC, will not only add to the vulnerability of India’s North East; but Delhi will also lose a great part of its territorial advantages in the Bay of Bengal.

India has maintained close relations with the Tatmadaw over the last couple of years. A defence cooperation treaty was signed in July 2019. In December 2020, India gifted the Myanmar navy its first submarine. In December 2021, then foreign secretary Harsh Vardhan Shringla met Aung Hlaing.

However, it is questionable if Tatmadaw has all the answers to India’s concerns. They were never in complete control over the border regions. The situation has worsened post-coup as the armed resistance groups are in combat against the army for territorial control.

The situation is pathetic in the Chin and Sagaing states of Myanmar bordering India leading to the influx of an estimated 22,000 refugees. India’s border gates at Moreh (Manipur) and Zokhawthar (Mizoram) are closed since the outbreak of Covid in 2020.

It might be time for India to follow the leads of China and open the border gates for trade to soothe the nerves of both locals as well as Tatmadaw.

Between 1 April and 13 May this year, Myanmar reported $3.4 billion worth of total trade. While sea trade was dominated by imports, one-third of the total $1.6 billion exports came through border trade with China and Thailand. There was no border trade with India.