Trump Has Won; Here’s What I Hope For, And What I’m Afraid Of, In The Next Four Years 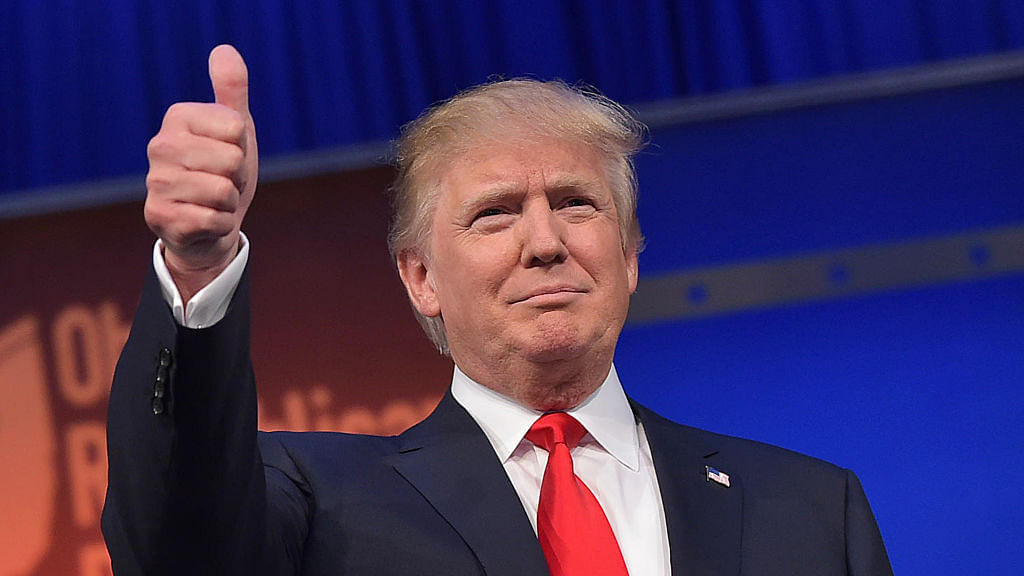 I don’t know what else to say.

Almost all the experts said Trump couldn’t win the GOP nomination. Then the expert consensus was that Trump had virtually no chance of winning the White House.

Now, for better or worse, he’s going to be America’s next President.

What about my 2016 prediction? Well, other than my guess that Michigan might go for Trump (outcome still not confirmed), I don’t look very prescient. At the very least, I missed Pennsylvania, Florida, Wisconsin and North Carolina.

For what it’s worth, I did better with Congress. Depending on the outcome of the Senate contest in New Hampshire, my prediction for a 51-49 GOP majority may be spot on (though I generally wasn’t right about the seats that would change hands). But who cares about my prediction. It’s downright remarkable that Republicans held on to the Senate, something that seemed improbable considering that the GOP was defending more than twice as many seats as the Democrats. Moreover, the leading Tea Party-type Senators from the 2010 election – Marco Rubio, Rand Paul, Ron Johnson and Pat Toomey – were all reelected.

And we may not know the final number for a few days, but my guess that there would be 239 House Republicans also will be very close. Again, the accuracy of my prediction is trivial compared to the fact that the GOP will have lost fewer than 10 seats when they were defending their largest majority in almost 90 years. A stunning outcome.

So what does the election mean? The political answer is that Barack Obama has been a disaster for Democrats. I joked back in 2010 that libertarians should name him as “Man of the Year” for restoring interest in the ideas of limited government. Republicans should turn that joke into reality since Obama turned a dominant Democrat Party (majority of senators, representatives, governors and state legislators) into a hollow shell.

The policy answer is a bit more difficult. I’ve fretted many times that Trump doesn’t believe in economic liberty. Some folks say that doesn’t matter since House and Senate Republicans can drive the agenda. But, as indicated by this slide that I shared in several recent European speeches, I don’t think that’s realistic.

A Republican Congress almost certainly isn’t going to push policies unless they get some sort of positive signal from the White House (remember how the Bush years led to lots of statism, notwithstanding a supposedly conservative House and Senate).

The real mystery is predicting the signal Trump will send. Here’s what I hope for – and what I’m afraid of – in the next four years.

My fantasy outcome – Given his disappointing rhetoric, it’s highly unlikely that Trump will embrace comprehensive entitlement reform. It’s especially doubtful that he will touch the programmes (Social Security and Medicare) that provide benefits to seniors. But it’s plausible to think he might be open to reforming the “means-tested” programmes. Even if he simply decided to support the block-granting of Medicaid, that would be a big achievement. And repealing Obamacare would be great as well. He did propose a rather attractive tax plan as part of his campaign, though I didn’t get too excited since a large tax cut seemed unrealistic in the absence of a concomitant plan to limit the growth of spending. But if Trump can get one or two of the big provisions approved, most notably a lower corporate rate and death tax repeal, that would be a very positive step in the right direction. And if he actually gets serious about the “Penny Plan,” that would give him a lot more leeway for big tax cuts. Needless to say, I also hope his protectionist campaign rhetoric doesn’t translate into actual proposals for higher taxes on trade.

My feared outcome – In his acceptance speech, Trump focused on two policies. More infrastructure spending and helping veterans. This is not a good sign. Regarding infrastructure, my nightmare scenario is that he pushes a giant stimulus-type scheme that would increase the federal government’s role in transportation. On the issue of veterans. I’m not aware of any specific plans, but my fear is that he will simply throw more money at the failed VA system. Let’s also not forget he has endorsed a higher capital gains tax on “carried interest.” And if he does decide to push protectionist legislation, that could wreak a lot of havoc.

In the long run, I’m also worried that Trump will commit a “sin of omission” by leaving entitlements untouched. And if we wait another four – or eight – years to address the problem, the slow-motion train wreck may turn into an about-to-happen train wreck. Last but not least, what if Trump gets to the White House and feels that all his big plans for tax cuts and new spending aren’t feasible because the numbers don’t add up? Will he then decide that he needs a big revenue plug like a value-added tax? Sounds crazy, right, but don’t forget that Rand Paul and Ted Cruz were seduced into adding VATs to their plans, so why wouldn’t Trump be susceptible to the same mistake? A horrifying, but not implausible, scenario.

Now perhaps you understand why, in yesterday’s column, I focused on the potential silver lining of a Hillary victory. It’s because I don’t like to dwell on the potential downside of a Trump victory.

Let’s close with a quick review of the major ballot initiatives I highlighted last month.

As you can see, a mixed bag. Some good results, but also some bad choices.

But this is why I like federalism. States can innovate and experiment, constrained by the fact that really crazy policies will eventually lead to California-style decline. And I’d rather have a couple of states in a death spiral rather than the entire nation.

This piece was first published on Dan Mitchell’s blog, International Liberty, and has been republished here with permission.