Turkey's Erdogan Tones Down Rhetoric On Kashmir At UN Days After Meeting With Modi; Skips Mention Of UN Resolutions, Article 370 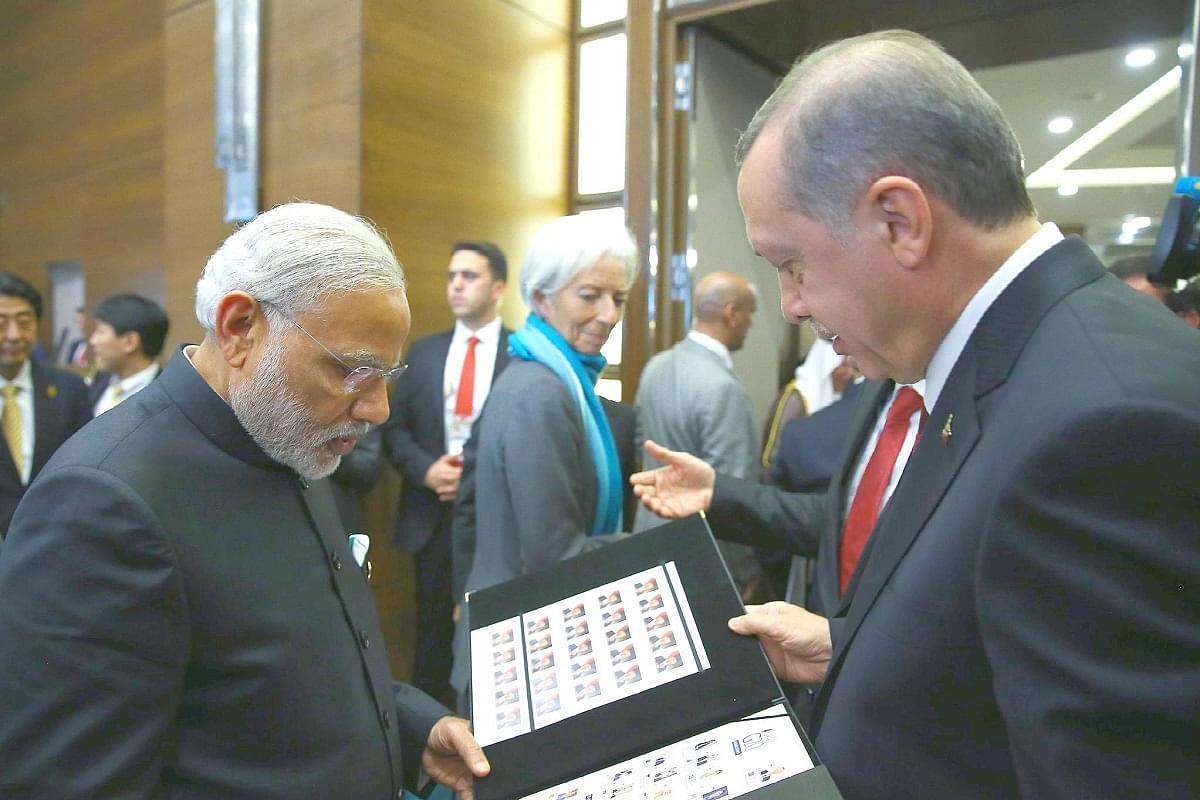 Turkish President Recep Tayyip Erdogan appears to be toning down his rhetoric on Kashmir just days after his meeting with Prime Minister Narendra Modi on the sidelines of the Shanghai Cooperation Council Summit at Samarkand earlier this month.

Speaking at the United Nations General Assembly (UNGA), Erdogan mentioned Kashmir but did not take the usual line, which is seen as furthering Pakistan's agenda on the issue. Instead, the Turkish President called for "permanent peace" in the region.

"India and Pakistan, after having established their sovereignty and independence 75 years ago, they still haven't established peace and solidarity between one another. This is much unfortunate. We hope and pray that a fair and permanent peace and prosperity will be established in Kashmir," Erdogan was quoted by agencies as saying.

This is a departure from the past, when Erdogan's stand on Kashmir at the United Nations was close to Pakistan's position.

In 2019, for instance, he mischaracterised the situation in Kashmir as a "blockade". He said Kashmiris are "virtually under blockade with 8 million people, unfortunately, unable to step outside of Kashmir."

Pakistan government's official Twitter account then shared the comment of the Turkish leader and thanked him for "forcefully raising the issue of occupied Kashmir". The then prime minister of Pakistan, Imran Khan, had also thanked Erdogan for "a very principled stance".

In 2020, Erdogan said "the abolition of the special status of Jammu and Kashmir [had] further complicated the problem" and called for a resolution of the issue "within the framework of the UN resolutions and especially in line with the expectations of the people of Kashmir".

Khan again thanked Erdogan for "Turkey's unwavering support... for the Kashmiris in their legitimate struggle for self-determination".

The change in Erdogan's rhetoric on Kashmir comes at a time when Islamabad finds itself in a deep economic crisis.

The long ongoing problem in Cyprus began in 1974 when Turkey invaded the northern part of the country in response to a military coup on the island which was backed by the Greek government.

Much to Turkey's chagrin, India has been advocating a peaceful resolution of the issue in accordance with the UN resolutions.