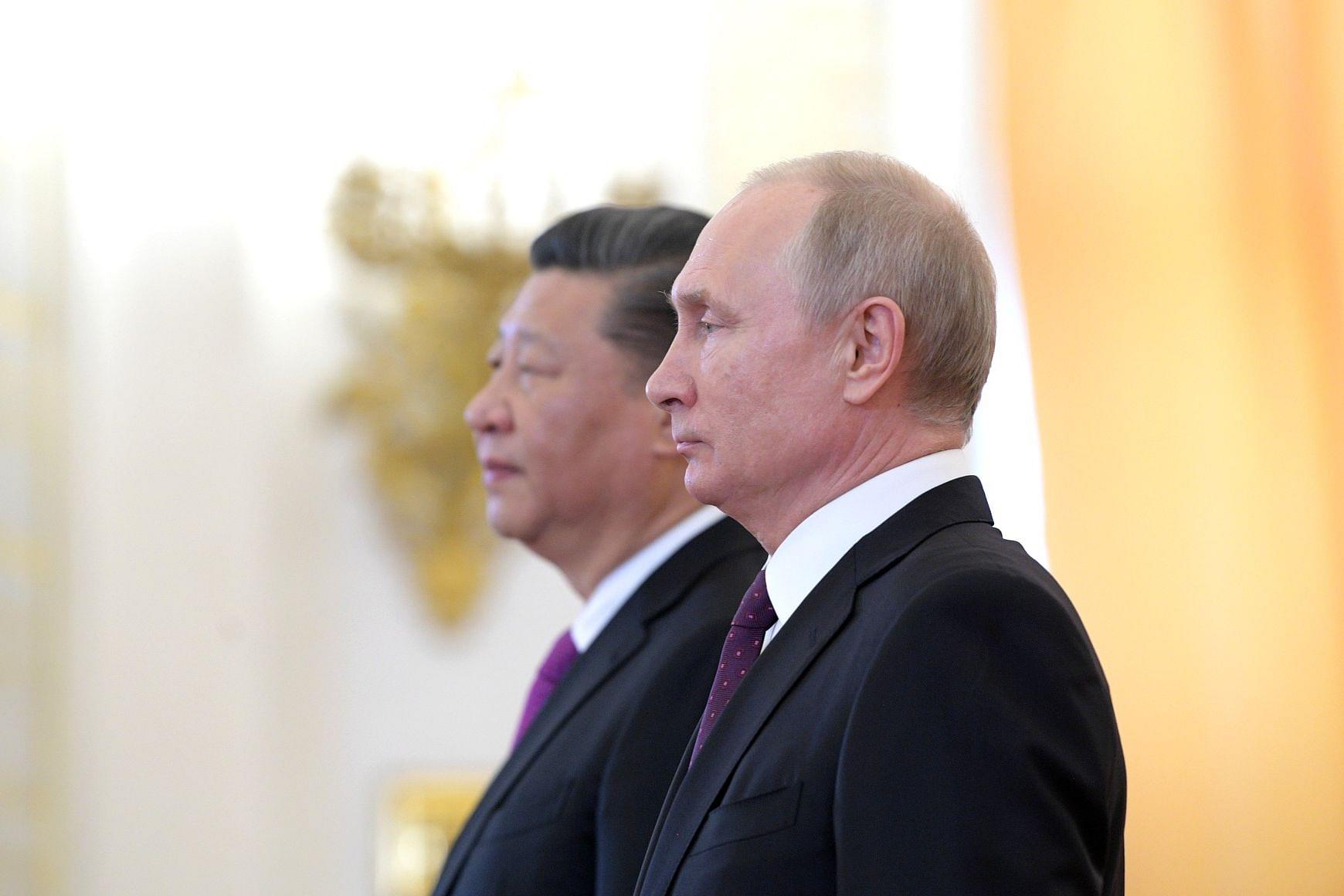 In China, President Donald Trump-led Republican administration saw its biggest adversary, one they wanted to urgently address through tariffs and a hurried trade war. In Vladimir Putin-led Russia, the Democrats, now led by President Joe Biden in the White House, see the biggest threat to global peace and European security. If the differences between the two parties in America were not clear enough in their domestic politics, their contrasting priorities on the foreign policy front have only deepened the faultlines.

The Russians today are a mere shadow, in terms of political and economic clout, of what the Soviet Empire was before the fall of 1991. The Chinese, on the other hand, is as big an economy as the Americans, the biggest market for all US conglomerates, from Silicon Valley to Wall Street.

The Chinese indispensability is affirmed by the sanctions the Russians have been showered with and the silence that has been maintained on the coronavirus origins, political annexation of Hong Kong, and the imminent threat to Taiwan. Not only are the Democrats and Republicans divided by politics, but also the eras they are living in, with the former choosing to view the geopolitical developments through the Cold War lens.

Perhaps, it is this Cold War mentality that dictates the question of viability when it comes to the Russia-China axis. A constant feature of American politics during the Cold War era was to use China as a counter to the Soviet Empire, a practice that began with President Richard Nixon’s trip to China in 1972. Nixon’s visit, more than fifty years ago, would set into motion the story of China’s economic ascendancy, buoyed by American capital and investments, technology transfer, and a belief that integrating Chinese into the global economy would accelerate its shift towards democracy with Western principles. In hindsight, the Americans were feeding the very dragon that would rain fire on them before Trump belled the cat in 2017.

However, as much as the Biden administration may wish to deny, the era of the Cold War is behind us. Contemporary geopolitics is more about multipolarity and not a bipolar world order skewed towards the Americans. The Chinese have their power sphere across the Pacific and with great economic clout across the globe. Europeans, even with their increased dependency on Russia and China, do have significant economic clout. India, with its untapped potential, is a geopolitical success story in the making, and finally, the Americans, a divided house, and yet, are dictating the world order.

In this new global order, post the Ukrainian crisis, lies the question of the Russia-Chinese axis.

A teaser of the relationship has been offered in Gaurie Dwivedi’s book, ‘Blinkers Off’. Before increased economic cooperation, it is the military convergence that has got the two communist superpowers together.

Since 2005, the nations have actively engaged in elaborate war games, with China banking on Russia’s technological prowess to upgrade their military infrastructure. In the Middle East, both Russia and China were engaging with Iran for military exercises, thus giving birth to a Russia-China-Iran axis that was aimed at denting the US influence in the Middle East.

For Russia, it was about resurrecting its political clout in the Middle East, as evidenced by its participation in the Syrian Civil War, and for China, it was making economic inroads into a relatively unknown region. Consequently, for Iran, it was about getting multiple suitors after getting sanctioned by the US and the collapse of the nuclear deal. The Russia-China axis is also viewed as a counter to the emerging QUAD equation in the Pacific, and the ongoing Ukrainian Crisis will only further that idea. The Chinese cannot ignore the utility of the Arctic region as well.

There is also the question of thriving trade between the two countries. In 2021, the trade between the Asian powers jumped 35 per cent, to $146 billion, and both Xi and Putin share an ambition to increase the trade to around $250 billion by 2024. For China, Russia is an integral source for oil, gas, coal, and several agricultural commodities, mainly wheat. Together, Russia and Ukraine account for the world’s one-third of the wheat trade. Post the annexation of Crimea in 2014 in the Ukrainian Peninsula, the trade between China and Russia almost doubled.

Russia is the second-largest oil source for China, the third-largest source for gas, and the second-largest source for coal. The food imports in China include soybean, to the tune of 0.5 million tonnes in 2021 and expected to surpass 3.5 million tonnes by 2024, beef, wheat, fish, sunflower oil, wheat flour, and even chocolate. Timber, another export from Russia, is critical for several Chinese industries. Even with an economy smaller than India, Russia is an important market for cheap Chinese products.

Beyond trade and politics in the Middle East, Eurasia, and the Pacific, the question now arises if the Chinese will assist the Russians to work their way around the sanctions that are aimed at crippling Moscow’s economic leverage. The American commentators, smitten by the Biden-Harris administration are already appealing to the conscience of the Chinese, of all things, to take a pro-Ukrainian stance, conveniently forgetting how the pursuit of Taiwan is very much on Xi’s to-do lists and will cause a bigger economic fallout in terms of inflation and supply-chain crisis than one being witnessed with the Russian invasion today.

For China, with a pro-Beijing administration in the White House, this is an opportunity to repair the bridges burned by the trade war and the pandemic. Depending on how the war progresses, the Chinese, bound by their strategic interests in America, Europe, and even the Pacific, would perhaps be tempted to side with the West, but there is no question of the Russian-Chinese axis falling apart.

On the scale of possibilities, the Russians might emerge as a stronger power centre or else end up depending on the Chinese to secure their economic future after being marred by repeated sanctions of the West. In both cases, the axis is here to stay.

There will be several political, military, and economic consequences of the ongoing war in Ukraine, but the end of the Russia-China axis is not one of them, not even remotely.