Us And Them: An Expert Speaks 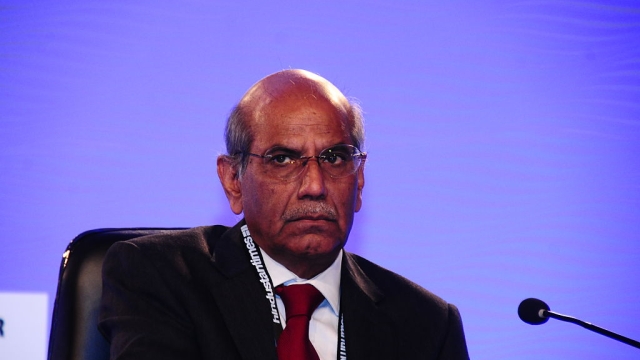 Shyam Saran. How India Sees The World: Kautilya to the 21st Century. Juggernaut. 2017.

The question arises: in the era after the Treaty of Westphalia in 1648 and the emergence of the notion of nation-states, how should these countries conduct their foreign policy?

Very carefully, says Shyam Saran, who should know. Saran took courtesy in the face of stupidity to a new level.

After all, he has been India’s foreign secretary. He has also been Prime Minister Manmohan Singh’s Special Envoy for various odd jobs like the international negotiations of environment.

He has been an ambassador thrice. He has served in important countries such as Japan (small and rich) and Nepal (small and poor).

He has dealt with the US (large and rich) on Manmohan Singh’s pet project, the Indo-US nuclear deal which ended India’s pariah status. Saran has also headed the National Security Advisory Board.

And most recently he has headed a foreign policy think tank in New Delhi. Recently, he has become a life trustee of the India International Centre.

Saran starts with a highly accessible discourse on dealing with other countries in general and how India has, and should, deal with them in particular. His central thesis is that where foreign policy is concerned, the Indian view is determined by its geography and history, both of which make it view the countries to the east and the west as a continuum, which has been interrupted by Partition.

Citing Kautilya and other such ancient thinkers he says unlike China, India doesn’t see itself as the centre of the universe. Instead, it sees itself as one amongst equals, a part of the Jambudweep – immortalised in the equivalent of our ancient GPS system, Jambudweepae, Bharatvarshe, Bharatkhande, Kaliyuge, Prathamapade, Yamuna teeray...

The calm and unhurried tone of this book suggests that governments should seek his counsel more often, for when you read this book you will see how rich it is in experience. Had Mr Modi done so from the start he might have avoided some major embarrassments with Pakistan and China.

It is also a treasure trove of anecdotes that give you terrific insights into how diplomacy and negotiations are conducted. I will talk about only two here. For the rest you must buy the book.

Thus, says Saran, Prime Minister Narasimha Rao told him that a good leader must be both ruthless and ascetic. It is easy to see how Mr Modi fulfils those requirements perfectly.

On another occasion, during the nuclear deal negotiations, President George W Bush told him about Manmohan Singh: “This man is my friend; you take good care of him.”

He also tells us about how American diplomats think diplomacy should be carried out -- in a “listen you son of a bitch” mode. As we saw during the Doklam incident, the Chinese now think they can do the same.

India’s generally unflappable approach to such boorish behaviour has been very laudable. Saran gives many examples of this in his book.

Overall, he says, given how weak India’s hand has generally been, Indian diplomacy has been very successful. In any given period of ten years, it has got most of what it wanted.

Not just that. Barring China and Pakistan, it doesn’t have any real enemies, even in South Asia.

Without explicitly stating it, Saran shares the general Indian view that Pakistan’s India policy is run by a bunch of nut cases in the army who just can’t get over the fact that they lost half their country in 1971 after a humiliating defeat by the Indian army. So revenge is the driving force, regardless of the way they take it.

There’s also Jinnah’s notion of parity. Pakistan genuinely believes it is exactly equal to India and this leads to its monkey see, monkey do behaviour.

India, meanwhile, obsesses over the possibility that these kooks, having broken their country once, may well oversee its disintegration again. That would be bad enough if Pakistan didn’t have nuclear weapons. But with them, it is a horrible prospect.

So net result: Pakistan harms us and we placate it. He concludes by saying that if Pakistan becomes too much of a bore, “we may have to adopt counter-constraint policies to attempt to change the strategic calculus in Islamabad. This may include the option of inflicting pain on Pakistan...”

In short, we are stuck with an irrational neighbour and must make the best of it.

If Pakistan poses one sort of intractable problem China poses another sort, says Saran. But while we fully understand Pakistanis, we don't understand the Chinese very much at all, not least the way the Chinese use deception and ambiguity in their utterances. He gives two telling examples of this, both dating back to Nehru.

Basically, says Saran, China views the rest of the world as subordinates. This sense of entitlement is something India must keep in mind while dealing with China.

But, he adds, while that may have been on in the past when China’s dealings with the rest of the world was limited, today in a globalised world with many middle powers “the Chinese perspective derived from its past is in contradiction to the prevailing reality.”

In contrast to Pakistan and China, dealing with the US is almost a pleasure, Saran suggests. For one thing, even if they don’t always help, American governments at least don’t hate India (Pakistan) or treat it with contempt (China).

Saran gives an absolutely riveting account of how the Indo-US nuclear deal unfolded and was eventually signed. That was the crowning moment of Saran’s illustrious career.

To conclude, this is a MUST read book, folks.