US Under Secretary Of State Victoria Nuland Was Recently In New Delhi: Here's What Is Said Of Her Role In 'Regime Change' In Ukraine 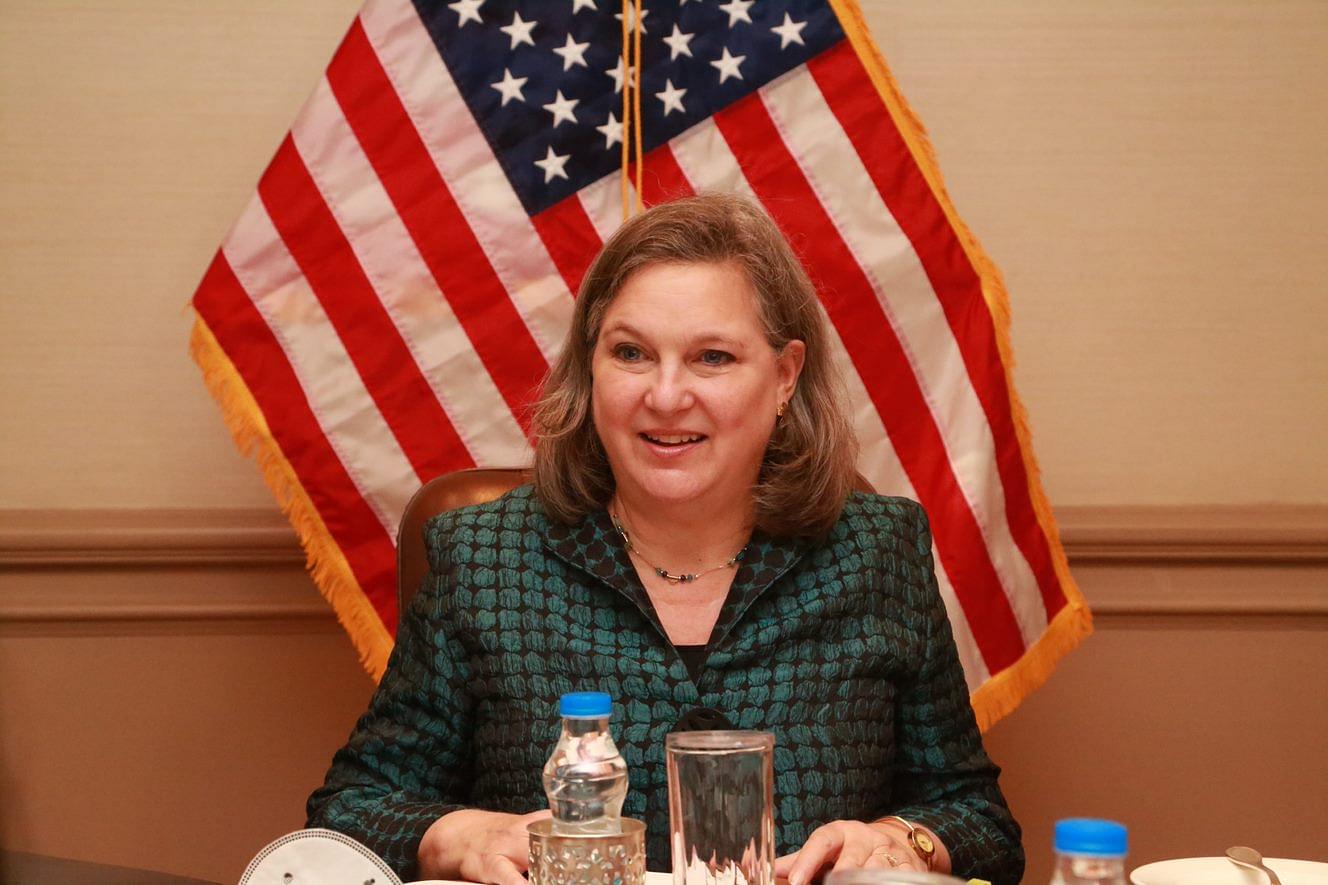 US Under Secretary of State for Political Affairs Victoria Nuland

Following Biden’s remarks, US Under Secretary of State for Political Affairs Victoria Nuland, who was recently on a three-nation tour of India, Sri Lanka and Bangladesh, said that democracies like India must stand against “autocracies like Russia and China”.

On Tuesday (22 March), Nuland held a meeting with External Affairs Minister S Jaishankar in New Delhi. In the meeting, they reportedly discussed the Indo-Pacific region, ways to expand bilateral ties and the crisis in Ukraine.

Earlier, delegation-level talks were held between Foreign Secretary Harsh Vardhan Shringla and Nuland on Monday (21 March). A statement issued after the Shringla-Nuland talks held under the framework of India-US Foreign Office Consultations (FOC) had said both sides looked forward to the India-US 2+2 ministerial meeting.

“Evolution In India’s Position” on Russia

"Democracies need to stand together and evolve their position vis-a-vis Russia because of the choices Putin has made. Democracies must stand against autocracies like Russia and China," said Nuland in a TV interview, adding that she has conveyed the same to the Indian officials.

"We know about the historic relationship and defence relationship between India and Russia at a time when the US was not prepared to have that kind of relationship. But times have changed now. They've changed in terms of the US and European willingness to be strong defence and security partners with India," claimed Nuland.

In the interview, Nuland said that in her meetings with External Affairs Minister Jaishankar and Foreign Secretary Shringla, she discussed that the US could work together with India “to find alternative sources” to fulfil India’s energy and security needs.

Nuland’s Role In The 2014 “Regime Change” In Ukraine

A U.S. diplomat for 32 years, Nuland served as Assistant Secretary of State for European and Eurasian Affairs from September 2013 until January 2017 under President Obama and Secretary Kerry. She was State Department Spokesperson during Secretary Hillary Clinton’s tenure, and U.S. Ambassador to NATO during President George W. Bush’s second term, 2005-2008. Nuland also served as Special Envoy and chief negotiator on the Treaty on Conventional Arms Control in Europe from 2010-2011.

According to reports, Nuland played a significant role in the 2014 Maidan 'revolution' of Ukraine. There are leaked audio recordings of her conversation with then US ambassador to Ukraine Geoffrey Pyatt which indicate that the US (and Nuland) was directly involved in this 2014 'revolution'.

Notably, Nuland was the diplomat who set the points for the establishment of loan guarantees amid the Ukraine crisis, including a US$1 billion loan guarantee in 2014, and the provision of non-lethal aid to the Ukrainian military and border guard. While serving as the State Department's chief diplomat on the Ukraine crisis, Nuland galvanised European allies to take a firm stance against Russian expansionism.

Many experts believe that Victoria Nuland was the “mastermind” behind the 22 February 2014 “regime change” in Ukraine, aimed at overthrowing the democratically elected government of President Viktor Yanukovych, who was opposed to the assimilation of Ukraine by the European Union and NATO (North Atlantic Treaty Organisation).

In her leaked telephone conversation with Ambassador Pyatt, Nuland revealed her wish for Oleh Tyahnybok (one opposition leader) to work with the new regime in Ukraine.

According to this report, Oleh Tyahnybok, the presidential candidate of the far right Svoboda Party in 2014, is an open "Nazi-sympathizer". His party, which was at the centre of the "regime change" protests, espouses an ultra-nationalist, anti-Russian agenda, and its critics say that the Svoboda Party is an anti-Semitic, neo-Nazi organization.

At the end of December 2013. Nuland was seen handing over cookies to anti-Yanukovych protestors, who was stripped of his presidency on 22 February 2014. Following this, Arseni Petrovich Yatsenyuk, a lawyer and politician, was made the Prime Minister of Ukraine on 27 February 2014.

Apart from being a career diplomat, Nuland is also believed to be lobbyist for leading weapon manufacturers in her country.

During her two year stint as adviser to Vice President Dick Cheney between 2003 and 2005, Nuland, is said to have promoted the invasion and occupation of Iraq.

In his second term, President Bush appointed Nuland as the US ambassador to NATO. Between 2005 and 2008, Nuland used her time at NATO in organising international support for legitimising the American occupation of Afghanistan.

Nuland continues to be a “respected” diplomat and is still consulted at the highest levels of the US government.

Given her anti-Russia stance and her public criticism of Russian president Vladimir Putin, experts believe that Nuland’s presence in the negotiations between Washington and Moscow has further clouded the possibilities of finding a diplomatic solution to the ongoing Russia-Ukraine crisis.