Welcome To The Club, Macron: France Is Coming To Terms With ‘Medina Mindset’ 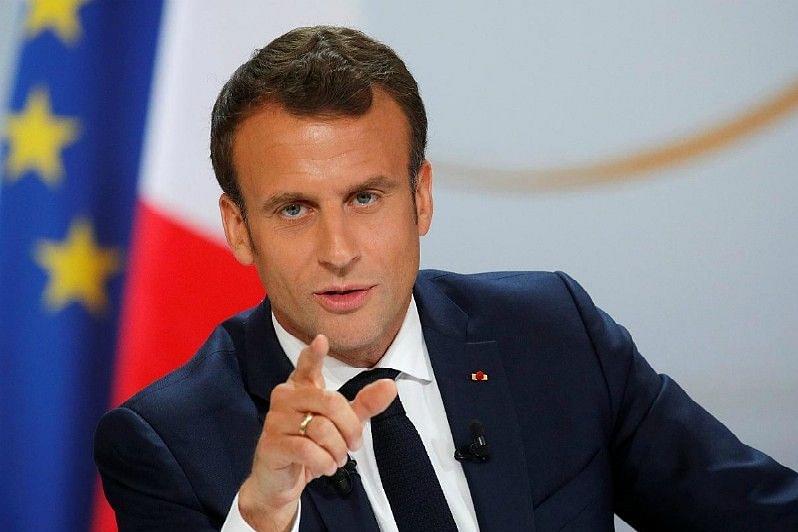 It has taken several terrorist attacks, horrendous individual violence against ordinary citizens, and orchestrated assassinations of French media persons at Charlie Hebdo, who allegedly “insulted” the Prophet of Islam by cartooning him, for the French President to realise what he is up against: a “separatist” strain among French Muslims, which engenders a sense of permanent victimhood in the community that provides ultimate fodder for a religious Armageddon.

In a speech made soon after a Muslim fanatic beheaded a school teacher in Paris last month, President Emmanuel Macron announced plans for stronger regulation of Islamic teaching in France, eviction of extremist preachers and a crackdown on violent elements.

Macron said that “Islamist separatism” was a danger to France as Muslims held their own religious laws to be above that of the nations they reside in, which “often results in the creation of a counter-society….Islam is a religion that is in crisis all over the world today, we are not just seeing this in our country.”

Welcome to the club, Macron. The French President has just hit the nail on the head, by pointing out what we in India have always known: that Muslims seek separation when they are in a position to do so, and even when they are in a minority, they sometimes self-segregate and create no-go areas where the majority population, sometimes even the police, cannot enter.

This comes from the “Medina mindset”, a template set by the prophet himself. When faced with opposition from traditional elites in Mecca, he fled to Medina and established a community with his own rules. After gaining strength, when he was in a position to return to Mecca, he destroyed all their earlier forms of worship and established Islamic rule.

Before India’s Partition, the Muslim League was weakest in Muslim-majority areas, and strongest in Muslim minority areas. But when elections were held in 1946 – an election seen as a referendum on Pakistan – it was Muslims in the areas where they were in a minority that voted most strongly for Pakistan.

Author Venkat Dhulipala documents this separatist mindset in his book Creating A New Medina. Dhulipala says that the Muslim League and the imams advocating partition clearly told the masses who would be left behind in India that they had to make this sacrifice so that all Muslims would not have to live under Hindu rule. Their safety would in India be ensured by holding the Hindu minorities in Pakistan hostage.

Put simply, the Muslim Medina mindset is about emotionally and physically distancing themselves in regions where they are in a minority, using steady demographic growth and occasional intimidation over incidents like “insults to the Prophet” to emphasise their separateness and areas of segregation. They can often be a state within a state.

In Muslim-majority Malappuram, or the Mewat region (in Rajasthan and Haryana), and increasingly in western Uttar Pradesh, the state often fails to intervene to enforce the law, and the “secular” media tends to obscure the issue by pretending it is something else.

In Kairana, for example, there were reports that many Hindus were leaving the place as the local Muslim population was growing in numbers. The National Human Rights Commission admitted that Hindu families were leaving the area, but the media soon buried the issue for fear of offending the minorities.

The global media does the same. On the French beheadings which sparked Macron’s anguished response, the New York Times suggested that the Muslim failure to integrate is somehow a French failure. The newspaper headlined the article, “A Teacher, His Killer, And The Failure of French Integration”. Thus, it is a random teacher, a random killer, but the conclusion is about “French failure”.

Many Muslim-dominated zones are clearly becoming no-go areas both in India (read here) and some Muslim concentration areas in Europe. This is what I wrote earlier:

“In Germany, which faced a huge influx of Muslim refugees from war-torn West Asia, Chancellor Angela Merkel admitted two years ago that there were places that were “no-go areas” for ordinary citizens. Muslim ghettos that are no-go zones have been reported from Belgium, France, Sweden and Denmark.

“In Britain, Pakistani Muslim “grooming” gangs were raping teenage girls in Rotherham and other towns for years, but the police failed to act in time due to fears of being called ‘racist’ or ‘Islamophobic.’ Some Islamist groups are even trying to create a small Sharia zone in East London, but thus far there has been no organised pushback by the state.

“Political correctness forces officials from defining no-go areas by their name, something which Merkel admitted was a reality. She said in an interview: 'There are such areas and one has to call them by their name and do something about them'.”

Some Muslim communities create their own mental Gulags and Medinas, but what gets reported is the denial of a flat to some random Muslim in housing societies dominated by Hindus or Jains. That no Hindu would realistically want to stay in or near a Muslim ghetto or housing colony – barring the poor who cannot afford to move anyway – is never mentioned. Medinas get created either by Muslim self-ghettoisation or Hindu withdrawal from Muslim-majority areas.

Self-exclusion is often the norm among Muslim minorities, and this applies to almost anything. Courts cannot set aside manifestly unjust Muslim personal laws, Muslim bodies will refuse to sing Vande Mataram or participate in yoga, women will be forced to wear the hijab or burkha, and some will even demand sharia banking, even though it is just normal banking renamed to give the impression that it was blessed by Allah and his prophet.

Syncretism is deliberately weeded out in order to maintain this emotional segregation and separatism in the average Muslim’s mind. The Tablighi Jamaat, for example, was set up in order to remove shirk (banned) practices from converted communities which still retained links to their old cultures. The Tabligh was set up to teach Mewat’s Muslims that they cannot follow their old Hindu cultural practices, and today Mewat is increasingly hostile to Hindus. The latter need special police protection to remain where they have always been.

This is what Macron is up against in France, and one can only hope he succeeds. Muslims cannot become modern citizens of a modern state if they continue to remain in their own ghettoes, where they cannot hear saner voices, and Islamists pressure them to give up all syncretic practices.

The Medina mindset is what the world is up against.