Why Europe Matters To India: Visit By EU MPs To Kashmir Is A Welcome Step In Realism 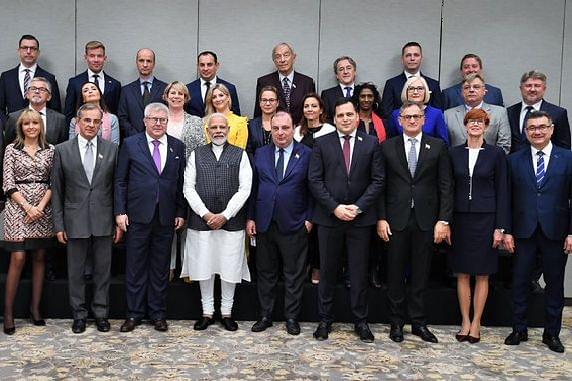 The European Parliament may once have been a paper tiger. However, it has steadily acquired real, new powers. It is also both a barometer for assessing pan-European perspectives and a low-risk, cost-effective means to influence opinion, especially over the long term. The parliament’s major role in the Brexit crisis illustrates the interplay of such factors.

Closer home, the European Parliament’s aggressive stance against India on the Italian Marines case was a good example of its potential for mischief.

That case, which involved the shooting of Indian fishermen by Italian soldiers in 2012, has yet to be resolved. The case has been one of the biggest challenges in recent times to political ties between India and Europe. It also remains a key hurdle to a prospective free trade agreement between the two — which may well give both the Indian and EU economies a shot in the arm.

During the Marines case, many European MPs on the conservative, right wing of the political spectrum were among the most vociferous critics of India. It is this constituency which was over-represented in the recent delegation to India.

As the world enters a new era of ‘Globo Tribalism’, it is important for India, and its notoriously tiny diplomatic corps, to lever whatever weapons are available.

Relations with Europe are important for many reasons. During the Marines case, the European Parliament was lobbied by former Italian prime minister Enrico Letta, then seeking to become president of the executive EU Commission.

It is believed to be on Letta’s urging that his friend Fabrizio Cicchitto, head of the Parliament’s Foreign Affairs Committee, stated that involvement by India’s National Investigation Agency (NIA) in the Italian Marines case would be treated as ‘an act of war’.

Indians are justifiably fascinated by Israel, although comparisons are often absurd — on both sides. One of the most important lessons from the Israel security and foreign policy establishment, however, is to never ignore a potential friend, even if the friendship seems insignificant.

China understands this. Xinhua’s press contingent in Brussels is one of its largest worldwide. Chinese journalists in Belgium make friends and influence people. Chinese academics have co-opted many EU think tanks. Chinese companies readily pay for such efforts.

Some years ago, China’s new ambassador Yang Yanyi invited herself to the European Parliament’s ‘President Salon’, a rooftop hall usually reserved for heads of state. Her mission was to promote Chinese telecoms giant, Huawei. The company was then being targeted for anti-dumping action by the EU. These were subsequently dropped.

In spite of an ongoing light-and-sound show, we must remember that the United States is a country whose elites and opinion leaders have one over-riding ideology, namely pragmatism. The US will at some point be uncomfortable with a rising India — unless it can be used to keep China-plus-Russia in check. Watching CNN, reading the almost immaculately conceited racist tripe in the New York Times should long have taught Indians these facts of life.

On the other hand, the British political establishment’s approach to India alternates between nostalgia and hangover. The comments made by Chris Davies, a British Liberal Democrat Euro-MP who opted out of the trip to India, must remind old hands in South Block of British Foreign Secretary Robin Cook. Cook’s offer to mediate in Kashmir almost derailed a trip to India by the Queen, and led Inder Kumar Gujral to make a memorable remark about Britain being a “third rate power.”

It is in the above contexts that we must look at the seemingly rag-tag bunch of European MPs. They represent constituencies and economies which are useful for India’s global ambitions, and do so within two contexts — national-level politics, and at the European level. They offer India the equivalent of opinion force multipliers, many of which will become actionable in the long term, as India’s geopolitical profile grows.

Indian diplomacy in Europe has traditionally been seen as feeble, or moralising. Soon after the financial crisis, I gave the closing remarks at a conference in Brussels with the Chinese, Indian and ASEAN ambassadors. The Indian ambassador spent a long time explaining what the Europeans should be doing. The Chinese ambassador spent a quarter of the time listing what China was doing. It did not take much time to grasp whose message was heard more clearly.

In January 2009, British foreign secretary David Milliband visited India. Former Congress president Rahul Gandhi used the occasion to accompany him for an overnight stay at a village in Uttar Pradesh, where they visited a cowshed. Gandhi told Britain’s top diplomat “this” was “the real India.”

Milliband was in India to express solidarity after the 26/11 terror attacks, but at one stage, suggested that solving the Kashmir problem would do away with such outrages. Gandhi may have achieved a great deal more for India, and for Milliband if he had taken the foreign secretary to Jammu and Kashmir where campaigning was underway for elections a few months later.

Narendra Modi’s government should be congratulated for inviting the Europeans to a military base in Kashmir. As much as democracy, Kashmir is also a security concern, both for India and the world.