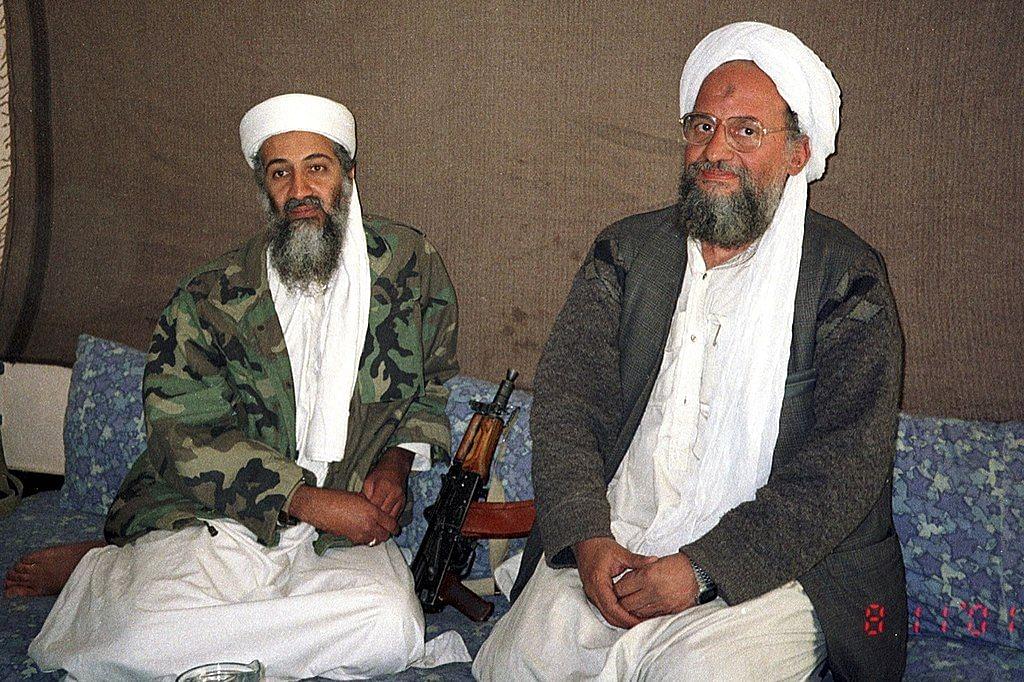 A memorandum sent from the 'Oversight and Investigation Unit' of the Finance Committee of the United States Senate on 22 December 2020, made available online, shows some interesting data and even more interesting undercurrents that are left unreported.

The memorandum deals with the financial transactions entered into by World Vision division of the United States, ‘an Evangelical 501(c)(3) non-profit organization’ with a ‘terrorist-funding organization, the Islamic Relief Agency (ISRA).’

The money itself came from the ‘United States Agency for International Development (USAID)’, an independent agency within the federal government which provides ‘developmental assistance’ to developing countries.

The US government had placed sanctions on ISRA in 2004 after ‘they had funnelled approximately $5 million to Maktab Al-Khidamat, the predecessor to Al-Qaeda controlled by Osama Bin Laden.’

The document explains that after getting approval of a grant of $723,405 by USAID for a project in 'the conflict affected areas in the Blue Nile region of Sudan', WV-USA 'entered into an agreement with ISRA whereby ISRA would provide humanitarian services to certain parts of the Blue Nile Region on behalf of World Vision'.

While it is the USAID that invited particular scrutiny over partnering with the ISRA, the WV-USA had even earlier worked with ISRA ‘from 2013 through 2014.’

Then in two months, World Vision General Counsel sent an email to OFAC informing them of World Vision’s intent to resume its work with ISRA in a week’s time unless it received a response from OFAC confirming ISRA’s sanctioned status.

Interestingly, in the same letter, WV-USA had also requested 'for a license to transact with ISRA'.

On 23 January 2015, the Treasury responded to World Vision’s November inquiry and informed it that ISRA is indeed a sanctioned entity and also denied the WV-USA's request for the license.

On 19 February 2015, World Vision again requested for a license to transact with ISRA in order to pay ISRA $125,000 for services rendered.

On 4 May 2015, the Obama Administration’s State Department recommended that OFAC grant World Vision’s request for a license to pay ISRA $125,000 in monies owed.

Then on 14 May 2015, OFAC sent WV-USA a “Cautionary Letter” notifying it that the transactions they engaged in with ISRA appears to have violated the Global Terrorism Sanctions Regulations, in direct opposition of U.S. law and international sanctions.

While the committee itself did not find any evidence of WV-USA having prior knowledge of ISRA being a body under sanctions, it also found that though WV ‘had access to the appropriate public information’, it somehow ‘failed to, properly vet ISRA’ though ‘ISRA’s status was easily searchable.’

Curiously though, ‘Watchdog’— the software that WV uses — clearly shows ISRA as being under sanctions.

Is it merely a question of oversight or is there something deeper and sinister under this ‘oversight’?

In 2015, Vicky Nanjappa, a reporter specialising on terrorism, wrote that there was room to believe ‘several terrorist outfits such as the Taliban and the al Qaeda are being rebranded’.

Analysing the statement of made by James Clapper, who was then the director of National Intelligence (US), he observed:

James Clapper said that arming moderate forces is a problem due to international laws. The US and the world have banned the Al-Qaeda and they cannot lift the ban at any cost. For the US to create a moderate force, it would need an outfit which is banned so that arming them could be justified. The creation of a new outfit is not feasible as the question of acceptability among the locals would be difficult. Who better than the Al- Qaeda for the job? The Jabhat is the Al-Qaeda. In fact, the Al-Qaeda uses the name Jabhat in its Syria battle. The Jabhat is not banned and hence arming them would look like a justified action against the evil ISIS for the US.

Then what the WV-USA did may not be an ‘oversight’ at all, but a well thought out strategy that was allowed to happen as if it were an oversight. One can note that the time of WV-USA and ISRA's cooperation coincided with the statement of the then director of US-NIA.

World Vision and US Intelligence

Sara Diamond, a sociologist and author of Spiritual Warfare: The Politics of the Christian Right(South End Press, 1989), had, in quite some details, shown the long record of WV in working for the strategic interests of the US:

In tandem with its food distribution and 'leadership training' for indigenous believers, World Vision has on a number of occasions functioned as an intelligence gathering arm of the U.S. government. In the 1970s, World Vision was charged with having collected field data for the CIA in Vietnam.

In 1981, after drawing widespread criticism, both on the domestic front and internationally, for its role in Vietnam when the US launched the utterly false 'yellow rain' campaign alleging that the USSR supplied T-2 mycotoxin to Communists in Vietnam, Laos and Cambodia, WV was used in the sample collection while fabricating this propaganda lie. These are just a few glimpses. WV also has worked in a way complementing CIA strategy in South America as well.

So, the oversight may not be an oversight at all, but a pilot study strategy — gauging how much of a networking is possible for working out future scenarios.

Should India be concerned?

Already, World Vision seems to have shown how it can coordinate with the Maoists.

It may not be too much of a coincidence that the Maoists were employed to eliminate Swami Lakshmananada, the Hindu sage who was a hindrance to proselytising activities of Christian missions in general and World Vision in particular in Odisha.

Following the murder investigations, India Today magazine reports that the ‘police might lay its hands either on R. K. Nayak or his men.’

This Nayak, a Congress politician, was also a WV high official in the region.

The magazine revealed that Nayak, while serving in the government, was short-listed for the post of Union Cabinet Secretary during 1996, but was not given the post because of ‘adverse Intelligence Bureau reports.’

Now, can World Vision and other evangelist organisations also network with the Jihadists, that too with the blessings of the ‘Big Brother’ in the US?

It was in September 2014, just months after Modi had become the prime minister, that the official media channel of Al-Qaeda announced the launch of 'Qaedat al-Jihad for the Indian Subcontinent'.

In the video announcing the formation of India-centered Al-Qaeda group, it was stated that the 'entity was not established today, but it is the fruit of a blessed effort for more than two years to gather the mujahideen in the Indian subcontinent into a single entity to be with the main group, Qaedat al-Jihad'.

In other words, the UPA decade had provided the needed ground for capacity building for the local radical organisations and individuals to network with the global Jihadist outfits.

The statement also showed the shifting of the centre of gravity of Jihad in India from Kashmir, broadening its base. The video has specifically mentioned ‘Burma, Bangladesh, Assam, Gujarat, Ahmedabad, and Kashmir’.

That this time also coincides with the WV-ISRA bonhomie in distant Syria may not be a coincidence.

In December 2014 came the Peshawar attack. Al-Qaeda promptly condemned it as ‘Unislamic’. The statement was a good public relations exercise for an organisation that has itself carried similar attacks throughout its existence.

This is exactly the kind of statement that is needed to project the organisation in a later date as 'different' from Al-Qaeda or Taliban in popular memory.

There is every possibility that Al Qaeda operations in India will be perceived differently from Al-Qaeda in the United States by the Western media.

For example, Reuters reported the Al-Qaeda announcement this way:

Zawahri’s announcement made two references to Gujarat, the home state of India’s Prime Minister Narendra Modi, a Hindu nationalist. Modi has long been a hate figure for Islamist groups because of religious riots in 2002 when he was chief minister of the state. More than 1,000 people, mainly Muslims, died in the spasm of violence... Hindu nationalist groups sympathetic to Modi have stirred sectarian tension in recent weeks, claiming there is an Islamist conspiracy to seduce Hindu women and convert them to Islam.

One can notice how subtly the words ‘riots... mainly Muslims died… spasm of violence’ etc. are brought together along with Al-Qaeda announcement.

Interestingly enough, in an extraordinary premonition of the ‘shapes of agitations to come', Al-Qaeda used a language that indicated the possibility of an interlinking between the Maoist and other separatist elements operating in India in its video released in May 2015.

It combines the usual enemies of the left 'World Bank and IMF policies’ with 'drone attacks, Charlie Hebdo’s writings, UN charter, official sermons by muftis and Narendra Modi’s utterances' in the war it imagines as being waged against the Muslims.

As far as the US is concerned, attacks on India can be the proverbial safety valve for the actions of Al-Qaeda or any radical Islamist organisation.

And any major calamity and chaos, a disrupted economic progress as well as a fragmented society, are all good harvesting grounds for groups like World Vision, which, with its infrastructure and international experience in proselytising among the refugees, can work on the ‘internally displaced’, in other words refugees in their own land.

From Marina-beach agitations to violent protests leading to the Sterlite closure to the anti-CAA protests to now the anti-farm law protests, one sees the coming together of the radical Islamist, leftist and evangelical forces as never before.

And this has not happened just after 2014. It has long been getting designed, field-tested and formed.

Sure, 2014 and 2019 have hastened them coming out. There is nothing spontaneous about it. This is a thought-out strategy unfolding.

And in the Indian context, Hindus as the quintessential ‘other’ to the Evangelist-Marxist-Islamist axis, are its targets.