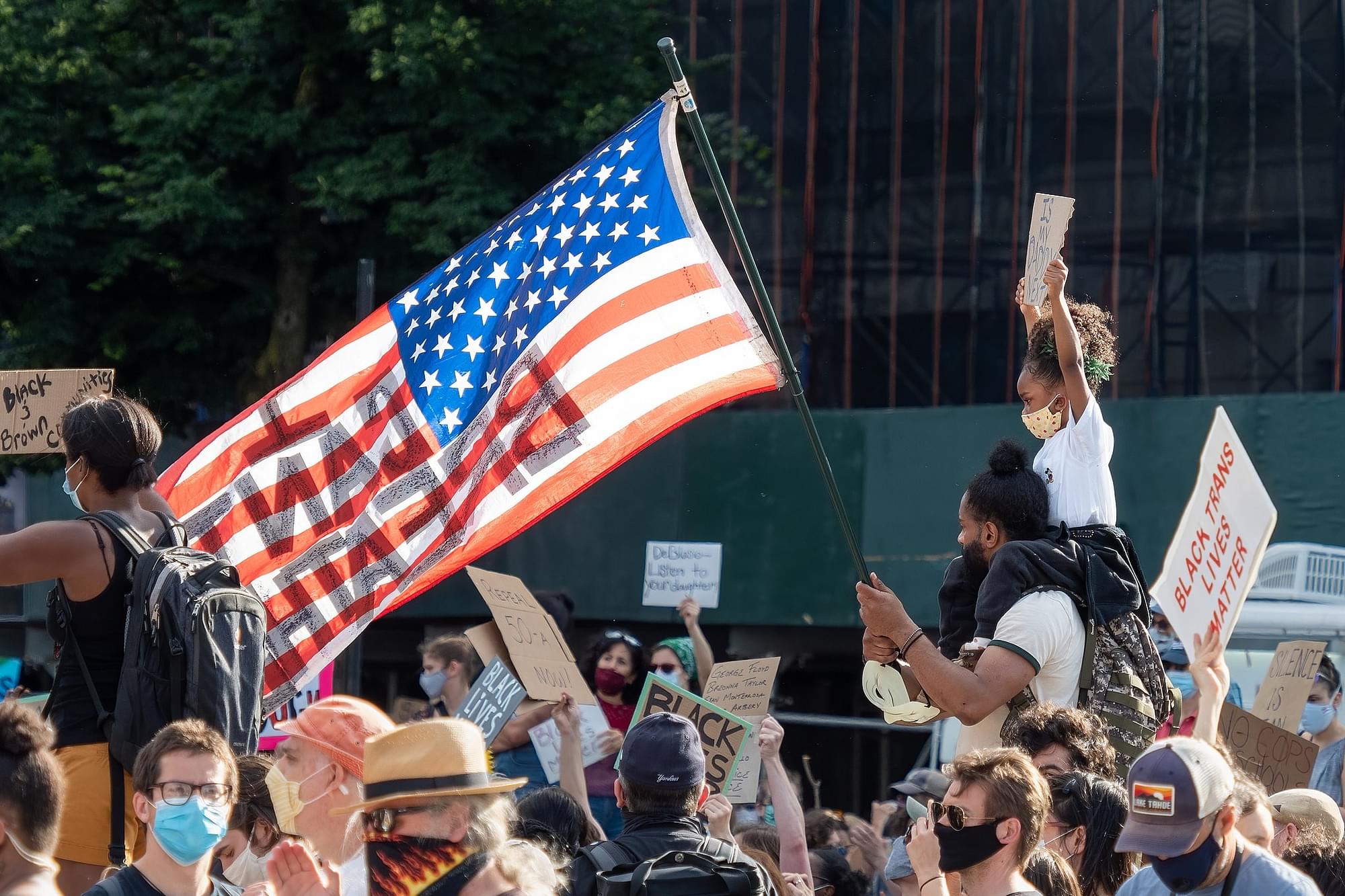 Given the country-wide riots that have engulfed the US over the past few days, their repercussions can be significant due to the hegemony the US enjoys in global affairs.

For India and its global citizenry, there are several potential impacts to consider.

In the short term, there will be a continuing erosion of the US’ legitimacy when it comes to lecturing to others on human rights.

While this has some positive ramifications for India since it may mean that future reports from the USCIRF are taken less seriously even amongst liberals, the unintended consequence is a strengthening of China's hand.

It is no secret that the dragon fancies itself as the natural inheritor of ‘hard power’, i.e. economic and military dominance in the world, and has made steady progress in this regard.

More than 50 developing countries have loans from China that exceed 15 per cent of their GDP. China's PPP GDP exceeds the US’ and its military has executed several strategies to secure access to key ports, shipping lanes and expand its bases.

On the other hand, its pursuit of soft power, formally kicked off by President Hu Jintao in 2007, has been less-than-successful.

It has since fallen back on the tried and tested authoritarian model of buying good press coverage in the international media.

It has also successfully installed Chinese leaders in key positions at the UN, or uses its growing economic clout to ensure policies and communications kowtow to its official line.

It should be no surprise that organisations such as the WHO could be mistaken for official Chinese propagandists.

However, China is no match for the US’ post-World War II message of individual freedom, backed by cultural exports that continue to resonate across the world (as Sadhguru quipped, there are more Indians who wear jeans today than Americans).

In the absence of any significant cultural exports, China will use the riots as an opportunity to pull the US down, especially in developing countries.

Its propagandists will pump out ‘black lives matter’ tweets while highlighting the riots, never mind that China has a horrendous human rights record including imprisoning over a million of its Muslim citizens for ‘re-education’.

China’s post Covid-19 strategy has been to go on the offensive — one can see that in the messaging through WHO, the finger waving at India for daring to build its local manufacturing capability, and of course, the military moves in Ladakh.

This is the time India needs a strong people’s movement to boycott Chinese goods that flood the market, and demonstrate a united front against the military aggression at the border.

There should be no doubt that India’s diplomatic capabilities and armed forces can manage the Chinese threat, but Delhi should also be on the lookout for further inflaming of communal tensions financed by Beijing.

The medium-term impact to India will be based on the US elections.

While polls before Covid-19 gave Trump the edge, the virus was a gut punch to the economy.

However, the pendulum seems to be swinging back towards Trump, given some signs of the economy picking, along with the riots spooking the most treasured voting demographic in the US — the suburban, college-educated, white voter.

Even the progressive elements within this class will take a pause on welcoming the revolution to their doorstep, and barring any unforeseen shockwaves and given a continued improvement in the economy, Trump can be expected to best Biden in November.

While that may be good news for India-US relations, expect things to sour for Indians living in America over the coming decade.

The progressive-Islamist takeover of the Democratic Party is in full swing, and should be completed over the next four years.

Already Hindu Americans are facing a backlash from the left for the nationalist policies of the Modi government, e.g. a small but vocal minority protested Holi on US college campuses earlier this year.

The US conservative voter on the other hand has traditionally been suspect of immigrants due to the sensitive issue of ‘American jobs’.

If these trends play out, Hindus in the US will be boxed in from both sides, similar to what the Jews face with a strong Israel boycott movement on the left, and threats from white nationalists/more traditional anti-Semitism on the right.

With potential watering down of policing practices in the US over the coming years, expect the online attacks to morph into more sustained calls for boycotts of Hindu businesses, especially those with ties to India.

This may even scale into potentially violent attacks with Hindus as the target.

While this may seem far-fetched, it would be instructive to look at the example of French Jews who are fleeing the country for Israel.

A similar migration could occur of Hindus from the US, especially given the rising economic opportunities in India, combined with the immigration policy in the US which keeps applicants in 20-70 year waits for permanent residency.

India needs to prepare for this coming influx over the coming decade through continued investments in ease of business, improvements in law and order, and establishing solutions for the education sector.

Lastly, the longer-term impact of the riots will be a result of ‘progressive’ policies that will be passed over the coming years in the US.

Many of these policies will not make it through the US legislative system, which requires almost super majorities in the Congress along with a President from the same governing party.

However, one can reasonably expect some level of increased taxation on the rich, redistribution schemes including some token reparations for African-Americans, and increases in public spending on areas where more money has not made much of a difference, e.g. education and healthcare.

These policies will not cripple the US economy, but will hamper future growth.

Companies and individuals will look to other nations for establishing even small operations, and India needs to be waiting with open arms.

This means a continued focus on infrastructure (ports, roads, airports, electricity, water), judicial clean-up, easing of regulations related to land, labour and capital, and empowering law and order to uniformly carry out its duties.

The Covid-19 crisis has accelerated the Indian government’s focus on all of those fronts and momentum needs to be maintained.

The current upheaval in the US may lead to tectonic shifts with far-reaching consequences.