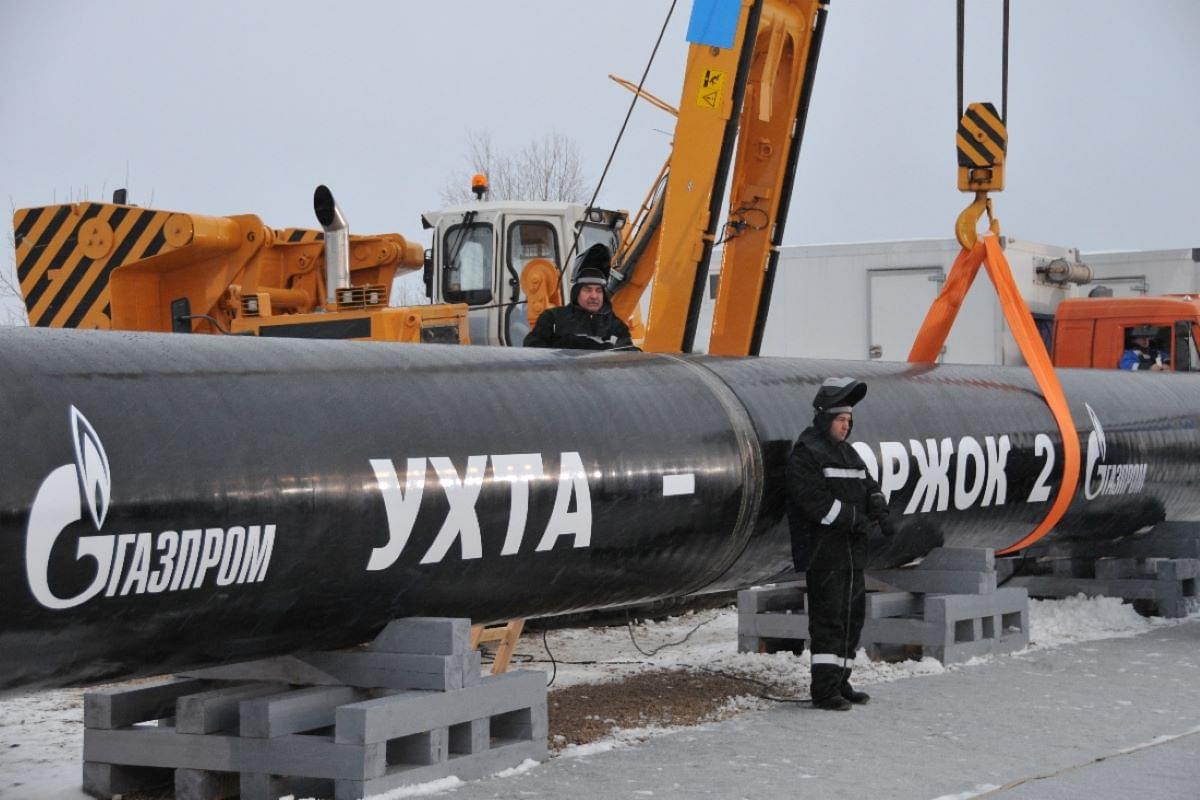 Russian President Vladimir Putin has refused to support a threat issued by his Belarusian counterpart Alexander Lukashenko to shut down the flow of natural gas from Russia to the European Union over escalating tensions on the Belarus-Polish border, RT reported.

"It will be a violation of our transit agreement, and I hope it will not come to that,” Putin said. “It will cause great damage to Europe’s energy sector, and not help in the development of our relations with Belarus as a transit country.” Putin told Moscow's Rossiya-1 TV channel on Saturday.

"Of course, in theory, Lukashenko as president of a transit country could order our (gas) supplies to be cut to Europe. But this would mean a breach of our gas transit contract and I hope this will not happen," Putin added.

Moscow is also likely to be mindful of the impact of Belarus's threat in light of upcoming Nord Stream 2, another pipeline that bypasses hostile neighbouring countries like Ukraine to supply gas to Germany. The construction of the pipeline is complete and waiting to be commissioned. Ukraine and Poland are both against the construction of the Nord Stream 2, which they fear will undermine European energy security and lead to lost revenues as transit countries for Russian gas.

Putin also added that his country had “nothing to do with” the brewing border crisis between Belarus and Poland.

Russia is seen as a key backer of Lukashenko regime in Belarus that has frequently faced accusations of authoritarianism.

Belarusian President Alexander Lukashenko on Thursday (Nov 11) threatened that he could “cut off” the flow through the Yamal-Europe gas pipeline if Poland shuts its border with Belarus or European authorities pass new set of sanctions against his country. The threat comes amid soaring gas prices in Europe.

Yamal -Europe transnational gas pipeline runs from Russia’s Yamal peninsula to Frankfurt-an-der-Oder in Germany, via Belarus and Poland. The Polish and German sections are owned by local companies, while energy giant Gazprom owns the Russian and Belarusian portions.

Over 2000 asylum seekers from Middle East are currently stranded at the Belarusian-Polish border, braving November cold and the tear gas fired by Polish border guards. Poland is determined not to admit any of the migrants gathering at its gates. Belarus police is preventing them from going elsewhere in the country for shelter.

EU has accused Lukashenko of “weaponizing” migrants by flying them into his country and transporting them to the Polish frontier, allegedly as part of a “hybrid war” against the West.

Belarus has repeatedly rejected the allegations pf orchestrating the migrant crisis and has blamed the EU for the crisis. It has maintained that European sanctions had left it with too little resources to invest in policing the border.

According to German transmission operator Gascade, Russian gas supplies from Poland to Germany via the Yamal Pipeline started to decline again in early morning of 11 November. The operator reported inbound deliveries of 717,000 cubic metres of gas per hour on the morning of 12 November against the peak of 1.4 million cubic metres per hour on 10 November.

Russia has been accused of engineering an energy crisis in Europe by using its control of gas pipeline as a geopolitical tool.