ASML: Most Important Tech Company In The World You May Have Never Heard About Is Unwittingly Caught In U.S-China Chip War 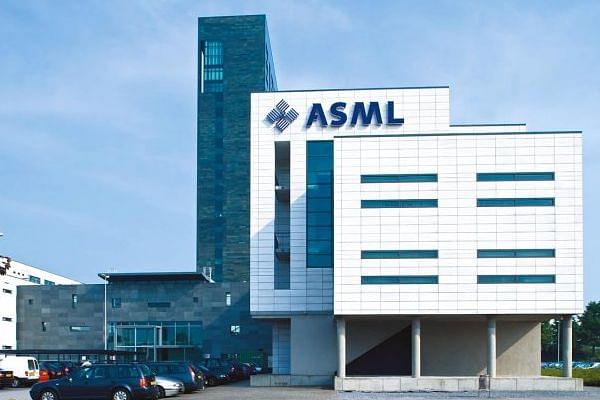 ASML, a low-profile Dutch company that makes lithography machines that inscribe tiny transistors in to silicon wafer using extreme ultraviolet (EUV) technology, is unwittingly caught in the middle of chip war between U.S and China.

ASML's EUV based machines uses light to etch ultra small circuitry on chips that allows packing more performance into the small slices of silicon wafer. The machines can emit light with wavelengths one-fifteenth as small as the conventional chipmaking equipment, enabling it to etch finer circuits and thus squeeze more transistors onto a chip. The patterns link together as a single integrated circuit that can offer computing or memory function.

Founded in 1984 as a joint venture between the Dutch companies Advanced Semiconductor Materials International (ASMI) and Philips, ASML began working on extreme ultraviolet lithography system in 1997

The EUV machine took decades to develop and was introduced for high-volume manufacturing in 2017. It costs more than $150 million. Shipping it to customers requires 40 shipping containers, 20 trucks and three Boeing 747s.

ASML announced stellar Q2 2021 results. Orders for lithography systems reached a record 8.3 billion euros in the second quarter, boosting an order book that was 75% larger than at the end of the first quarter. Driven by buoyant sales of consumer electronics in the pandemic, stockpiling in China and supply problems created a global shortage of semiconductors. the company 's market valuation has soared to nearly $300bn, almot sixfold increase over the past five years.

ASML, which enjoys a near monopoly on advanced EUV lithography equipment (Japanese competitors like Canon have a minuscule market share), is a crucial supplier to chip manufacturing giants including Intel, Samsung Electronics Co. and Taiwan Semiconductor Manufacturing Co (TSMC), but trouble began when it announced plans to sell their EUV machines to China.

Over the years, the Chinese government has poured huge funds into chip makers such as Semiconductor Manufacturing International Corp (SMIC), in hopes of building national champions in chips. Although China is the world’s largest consumer of semiconductors, it has a disproportionately small international market share of production and a very low domestic chip self-sufﬁciency rate.

To achieve semiconductor self-sufficiency, Beijing has long been pursuing an ambitious plan to build a world-class home-grown chip industry to wean itself off foreign imports -- an effort that would need ASML’s one-of-a-kind EUV machines. Yet the company faced difficulty getting the Dutch government to renew a license to export the systems to China amid ongoing trade tensions.

In 2019, Trump administration successfully lobbied with the Dutch government to block shipments of ASML machine to China. The Biden administration has continued the same China containment strategy.

Both U.S and Netherlands are signatories to Wassenaar Arrangement. Formally established in July 1996, it is a voluntary export control regime whose 42 members exchange information on transfers of conventional weapons and dual-use goods and technologies.

“I believe that export controls are not the right way to manage your economic risks if you have determined that there is an economic risk,” Wennink said during an online industry event on Wednesday, arguing that if “you close China from access to technology, that will also cost non-Chinese economies a lot of jobs and a lot of income.”

While it will take a long time for China to build its own semiconductor equipment and technology due to a lack of access to foreign technology, eventually non-Chinese companies will be shut out of one of the largest chip markets, Wennink said.

If American business with China on semiconductors is cut off completely, it will probably cost anywhere between $80 billion to $100 billion in sales and 125,000 jobs in the U.S., Wennink added, citing U.S. Commerce Department estimates.