Dr Rabindra Narain Singh, A Padma Shri Awardee And Renowned Orthopaedic Surgeon From Bihar, Is The New President Of VHP 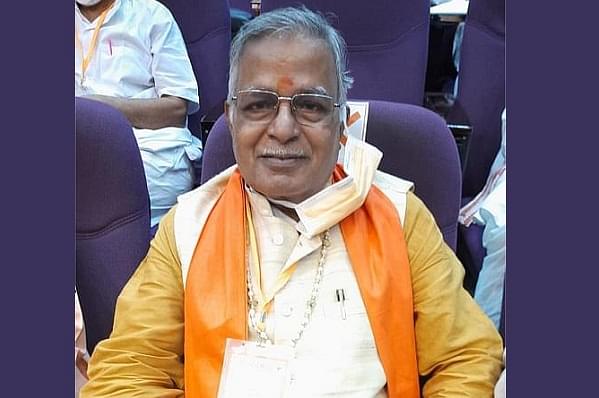 Dr.Rabindra Narain Singh, a renowned orthopaedic surgeon and a Padma Shri awardee, is the new president of the Vishva Hindu Parishad (VHP)

Dr.Singh, who hails from Bihar, is currently serving as the vice president of the saffron outfit so far. He had received Padma Shri, the fourth highest civilian honour, in 2010 for his contributions to the field of medical science.

Born in the family of late Radha Ballabh Singh, a retired district and sessions judge, Dr.Singh completed his schooling in Katihar and later in Patna. After completing his MBBS from PMCH in 1968, he worked as a teacher at NMCH. Later, he went to London for specialization and returned to Patna on his father’s persuasion in 1981.

Dr.Singh is a Fellow of the Royal College of Surgeons of Edinburgh and the Indian Medical Association Academy of Medical Specialists. He holds the chair of the Institute Ethics Committee of the All India Institute of Medical Sciences, Patna.

Singh replaced Vishnu Sadashiv Kokje, who had been serving as the VHP president since his election to the top post in April 2018.

"Kokje ji is now 82 years old. He wanted to be relieved of his responsibilities as the VHP president. The election has been conducted as per his wishes and our constitution," VHP's joint general secretary Surendra Jain said at a press conference.