Transform India: A Platform for National Self-Discovery And New Creation 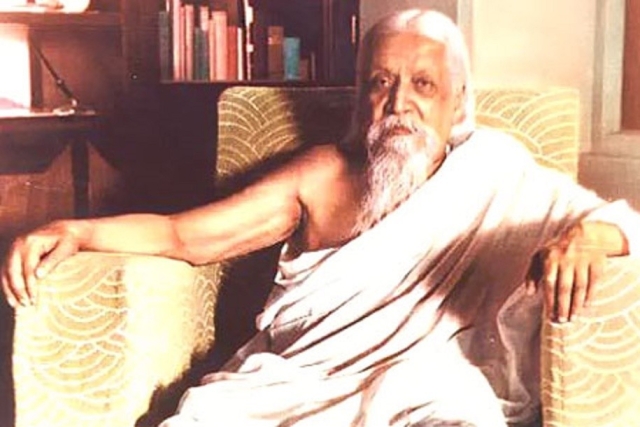 Every nation exists to bring its essence as a contribution to human evolution. For India, that essence is Spirituality, the fountainhead of its culture and the foundation of its individual and collective life! But what is True Spirituality? Is it an escape from life or a fulfilment of it? Is it an abstract mental pursuit or a practical tool for resolving the outer crisis of man which is symptomatic of his inner crisis of consciousness? This webinar and Decisive Action Area aims to rediscover the Vedic view of life-affirming Spirituality in the light of Sri Aurobindo!

Barely had the fanfare died down on the 73rd anniversary of India’s acclaimed tryst with destiny, than another tryst with national transformation was already on the potter’s wheel. On 22 August, Transform India was launched in association with the Sri Aurobindo Foundation for Indian Culture (SAFIC), Puducherry. The platform is destined to spearhead a great national self-discovery and abundant self-expression in all areas of individual and collective life over the next two years.

At its vision casting seminar, the philosophical foundations for a revival of Indian thought and powerful initiatives in the following 12 Decisive Action Areas:

The finale of this two-year project will culminate in two milestone celebrations. The completion of 75 years of Indian Independence and 150 years of Sri Aurobindo’s birth in 2022. The ensuing 22 months, will see the consolidation of action research deliverables carried out in the 12 Areas. Implementation of these ideas as micro-enterprises will follow; thereby transforming India, one village at a time.

Transform India founder, Ms Gitanjali JB and co-founders Mr. Sonam Wangchuk and Dr. Sampadananda Mishra, are elated that the program has already inspired internationally renowned Advisors and Mentors, comprising thought leaders, corporate executives, social innovators, academicians, and veterans in the arts and culture. Prof. Subhash Kak, Mr. Vallabh Bhanshali, Dr. David Frawley, Mr. Shekhar Sen and Dr. Anirban Ganguly are amongst the prominent joinees whose contributions, insight and vision is much looked forward to. As advisors and mentors they would guide and lead various pilot projects under these 12 areas of action.

To answer all the ‘why’ questions popping up, while our country may have been liberated from the yoke of British imperialism 73 years ago, our collective minds since then have remained hopelessly colonised. Slavish imitation of the West may have given us the illusion of short-term progress; but this mirage will neither bring us lasting impact, nor help achieve our country's highest and truest potential.

A Working Model for Action
Each of the Decisive Action Areas will identify a research / action research program to work on, and will be mentored either by an organisation or a thought leader.

The colonisation of the Indian mind has resulted in an unconscious bias in Indian mindsets, favouring everything that is western, while showing disdain for the cultural, intellectual and scientific wealth and knowledge that lies within our own country. Transform India is already enabling collaboration between youth, thought leaders, organisations, NGOs, Universities and the Government to overcome this bias, while rediscovering and recreating our inherent greatness.

Youth interested in this sublime task of nation-building are invited to apply as change-makers, to work along with these mentors in areas they resonate with.

“Nothing is more powerful than an idea whose time has come,” said Victor Hugo, the French poet, novelist and dramatist. We truly believe that the rediscovery of our national heritage is an idea whose time has come. We’re already witnessing its power to reignite the hearts and minds of people, which we believe will enable us to rebuild a new India. In these new forms of self-expression alone will lie our true freedom, which will empower India to realise its authentic destiny and take its rightful place in the world arena!

The author Gitanjali, is the founder of Transform India. She is a social entrepreneur, educationist and also the Founding CEO & Dean of Himalayan Institute of Alternatives, Ladakh (HIAL). As an alternative institute for mountain development, HIAL is revolutionising higher education in India through the pedagogy of contextual and experiential learning. Contact: gitanjali.jb9@gmail.com