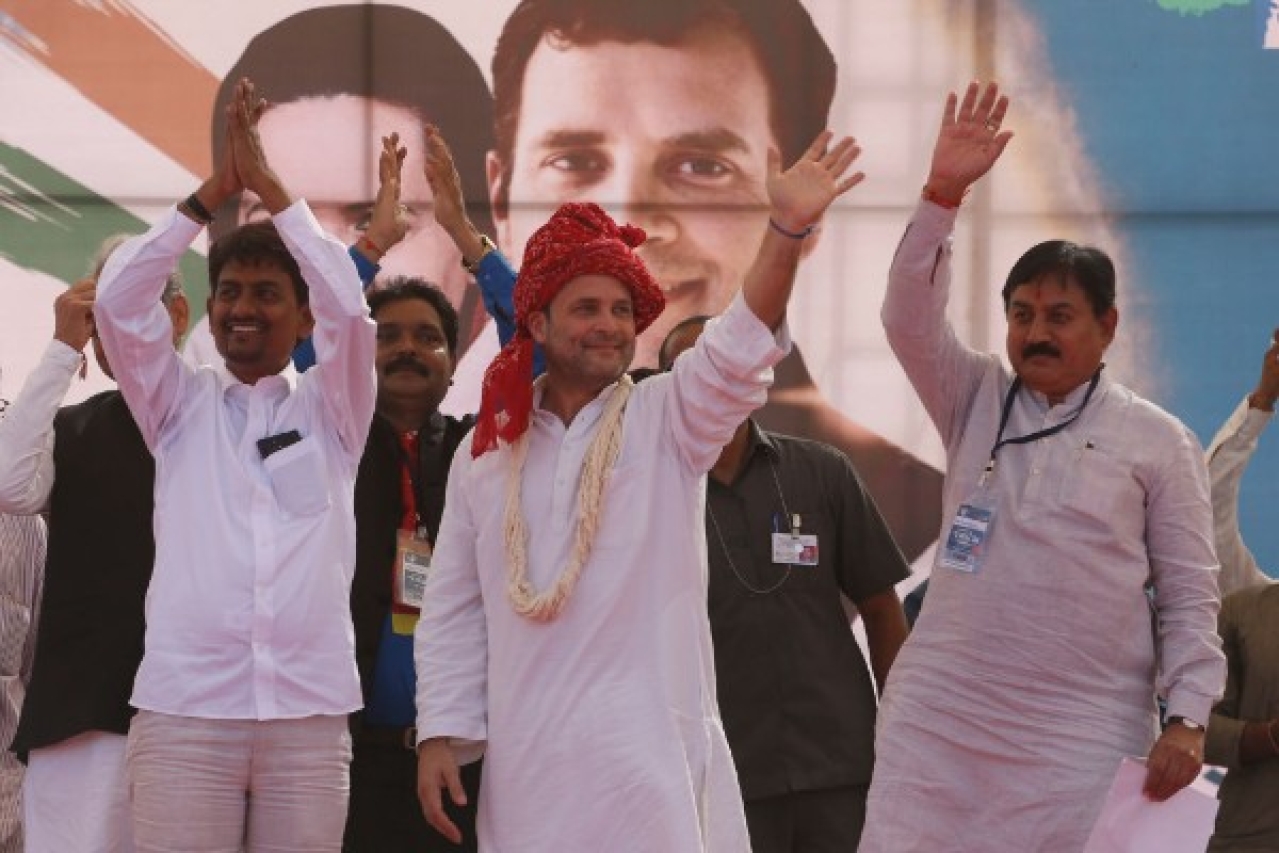 Rahul Gandhi, the 47-year-old scion of India's Nehru-Gandhi family, became president of the “Grand Old” Congress party in December last year. In March 2004, Gandhi entered politics by announcing that he would contest the May 2004 elections from the family’s constituency of Amethi in Uttar Pradesh for the Lok Sabha. Thereafter, Gandhi was appointed general secretary of the All India Congress Committee in September 2007. He was also appointed general secretary-in-charge of the Indian Youth Congress and the National Students Union of India. He was elevated to the position of vice president of the party in January 2013.

Bearing the famed Gandhi surname, many veteran Congress leaders naturally saw in him a future prime minister of India. Ever since, Gandhi’s sporadic theatrics have been fuelling the self-serving ecosystem of Lutyens’ Delhi. In an attempt to prove himself, he tried to disrupt business-as-usual in the Congress party. He held interviews in November 2008 to handpick future leaders to develop a think tank. In 2010, he made a ‘combative’ speech at the foothills of the Niyamgiri Hills in Kalahandi, Odisha, making a case for ‘Indira's grandson’, attempting to mark a new political stage. He went on to oppose the policies of his own United Progressive Alliance (UPA) government. The prime example was the Environment Ministry rejecting Vedanta’s bid to mine bauxite in the Niyamgiri hills following “Rahul-led” protests.

In a dramatic entry before the Uttar Pradesh Assembly elections of 2012, Gandhi visited Bhatta Parsaul, Greater Noida, in May 2011 during the farmers’s protest against state government’s proposed land acquisition for Yamuna Expressway. He made a sensational claim of having seen a heap of ash in the village “with dead bodies inside” only to backtrack later.

In yet another instance of theatrics, but this time a significant one in September 2013, Gandhi embarrassed then prime minister Manmohan Singh hours before his meeting with Barack Obama in Washington, DC by publicly rebuking an ordinance to protect convicted members of Parliament and members of legislative assembly brought by the UPA. Thereafter, his favourite darbaris made a strong case for the prime minister’s resignation and coronation of the yuvaraj.

The attempted ‘revolts’ by the Nehru-Gandhi scion were supported by the Lutyens's ecosystem of journalists, experts and columnists. After every theatrical move, readers were bombarded with a flurry of opinions with a single agenda. Every time, the ecosystem made a strong pitch about Gandhi being “the chosen one”!

Unfortunately for them, these attempts could never succeed. In election after election, Gandhi failed to make an impact with the voters. After his appointment as the Congress vice president in 2013, the Congress, under his watch, tasted successive defeats in 19 elections, including the 2014 Lok Sabha elections and the recent ones in Gujarat and Himachal Pradesh. He didn’t demonstrate any political acumen either, letting go of trusted old-timers like Himanta Biswa Sarma in Assam and mishandling the politics in Andhra Pradesh.

But, nothing succeeds like failure for Gandhi! With every attempt to establish his leadership having turned futile, the Congress outsourced its leadership altogether. Gandhi’s Congress opened up to accepting other ‘leaders’. In the run-up to the Uttar Pradesh Assembly elections, the party allied with the Samajwadi Party. The Grand Old Party took the back seat and contested only 100 seats, outsourcing the leadership role to Akhilesh Yadav.

The same outsourcing strategy has been repeated in Gujarat. The Congress outsourced its leadership in the state to caste-based leaders like Hardik Patel, Alpesh Thakore and Jignesh Mewani. Patel, who still isn’t 25 years old, the minimum qualifying age to contest an election, cannot get his name on the ballot. But he actively supported the Congress during the Gujarat campaign, while Thakore and Mewani contested with active Congress support. None of them were holding any formal post in the Congress or were associated with the party for any period of time. Yet, Gandhi outsourced the Gujarat campaign leadership to them.

Not just leadership, though; the Congress also shifted its ideological stance by readily outsourcing it. The core ideology of the Congress has been socialism and secularism, a dog whistle for minority appeasement. But in search of new ideological relevance, Gandhi has openly embraced a left-liberal, separatist ideology on one end, demands for caste-based reservation by well-off castes and temple visit spree on another. The new Congress has nothing to do with the cherished ideals of Nehru.

The party that claimed to have suffered losses for India’s unity and sovereignty has readily accepted student leaders like Kanhaiya Kumar, Sheila Rashid and Umar Khalid, who were embroiled in controversial sloganeering in Jawaharlal Nehru University. Gandhi’s Congress readily supported the newly elected anarchist legislator Mewani, who finds it worthy to fight more on the streets than in the legislature. Gandhi has not only shared political stage with them, but even actively supported their ideologies.

Gandhi’s close aide recently resigned in protest, accusing him of moving away from the party’s ideology. He accused Gandhi of being “more comfortable ideologically and culturally with the far-left in extending sympathy to Kashmiri separatist, JNU protesters and in minority appeasement”. The ‘cultural comfort’ which Rahul demonstrated with the sloganeers of “Bharat tere tukde honge, Inshallah, Inshallah (India, you will be broken into pieces, Inshallah)” fame, is a dangerous trend. Under the garb of freedom of speech and liberalism, the celebration and wish for the break-up of India is finding support in the form of Gandhi himself!

In Gandhi’s Congress, outsourced leadership, ideology and strategies are finding its takers right at the top. Struggling with existential crisis and driven by a common agenda of opposing the BJP led by Prime Minister Narendra Modi, the Congress might just want to be a business process outsourcing platform outsourcing both its leadership and ideology. Gandhi may remain only as a mukhauta serving the fringe interests of motivated groups.