What Government Of India Offers SCs, STs, And Women So They Become Wealth Creators 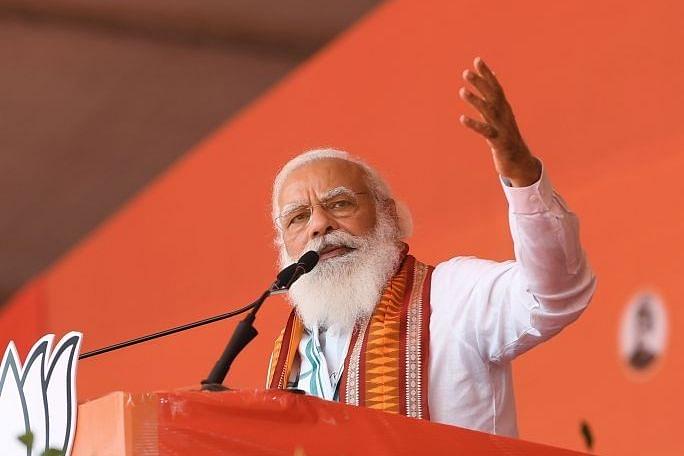 "Be the job creators, do not limit yourself up to job seekers.." — Prime Minister Narendra Modi has been stating this and encouraging the youth to be job creators.

The National Education Policy also focuses on nurturing job creators. The Union government did not stop just at sloganeering. It came up with various schemes that enable and encourage entrepreneurship among youth.

The government is committed to the social, economic empowerment of the Scheduled Castes and Scheduled Tribes.

It has not just continued with implementing previous schemes for social justice and empowerment but also come up with necessary modifications, and changes to policy.

It has come up with some unique schemes that have benefitted people with the help of new technologies — especially the JAM trinity which has enabled the government to reach actual beneficiaries.

One of the most unique schemes is Stand Up India. The Union government launched the scheme on 5 April 2016 intending to promote entrepreneurship at the grassroots level.

The Stand Up India scheme enables people from the Scheduled Castes, Scheduled Tribes, and women to avail a bank loans between Rs. 10 lakh, and Rs. 1 crore for setting up greenfield enterprises.

Every Scheduled Commercial Bank has to extend loans under the scheme to at least one SC/ST and woman entrepreneur per branch.

Union Ministry of Finance has extended the scheme till 2025. According to Finance Ministry data, loans amounting to Rs. 25,586 crore have been sanctioned to 1,14,322 accounts till 23 March 2021 under this scheme.

Women are the largest beneficiaries under the scheme. Out of the 1,14,322 accountholders, women account for 93,094, with loan amounts of Rs. 21,200 crore being sanctioned.

The Stand Up India scheme enables and encourages people from the Scheduled Castes, Scheduled Tribes, and women with at least 51 per cent controlling stake in greenfield enterprises.

The greenfield enterprises may be in manufacturing, services, and agri-allied sectors.

The banks can be accessed for the loans either directly or under the Stand-Up India portals such as 'standupmitra,' and 'Udyami Mitra' or through the Lead District Manager.

Under the scheme, a composite loan of 85 per cent of project cost and working capital is given to eligible candidates. The rate of interest on these loans is the lowest applicable rate, not exceeding the base rate MCLR plus 3 per cent tenor minimum.

The loans are given for a period of 7 years with a moratorium period which can be extended up to 18 months.

According to pioneer and chairman of the Dalit Indian Chamber of Commerce and Industry (DICCI), Milind Kamble, dependence of educated Dalit and tribal youths on government jobs has its limitations.

Youths from these social groups should aspire for new and different opportunities. Kamble has been instrumental in designing the Stand Up India scheme.

The Small Industries Development Bank of India and DICCI are conducting the 'Swavalamban Sankalp-Mega campaign' to promote and create awareness about the Stand Up India scheme all over India.

DICCI has been working with local administrations to promote the Stand Up India scheme, encourage the youth in areas hit by Left-wing extremism in states of Odisha, Maharashtra, Chattisgarh, Andhra Pradesh and Telangana.

There is a venture capital fund available for the entrepreneurs belonging to Scheduled Castes as well. The scheme aims to promote entrepreneurship and to support entrepreneurs who will create wealth and value for society and at the same time promote profitable business.

The Union government has also made changes in a Post-Matric scholarship scheme for students from Scheduled Castes.

The scheme offers benefits to more than 4 crore beneficiaries. The government has decided to increase its share to 60 per cent of the scholarship amount and eventually up to 80 per cent.

The scheme is designed to reduce the rate of dropouts. To avoid irregularities in the implementation of the scheme, the scholarship amount is directly transferred to the bank account of the beneficiary.

There are other schemes for the academic empowerment of students from Scheduled Castes and Scheduled Tribes.

The schemes of the Ministry of Tribal Affairs for the social, and economic empowerment of the tribal population of India are demand-driven. Funding is made in various sectors including for employment-cum-income generation.

It covers activities such as the establishment of Agro/Forest/Natural Resource-based micro/village level industries.

The Mechanism for Marketing of Minor Forest Produce through MSP and Development of Value Chain as part of ‘Van Dhan Vikas Karyakram’ covers various activities including procurement of MFPs when their market price falls below MSP, setting up of storage facilities, and expanding the knowledge base of MFP among other initiatives.