A North Eastern Imagination Of Bharat Mata In Tamil Nadu 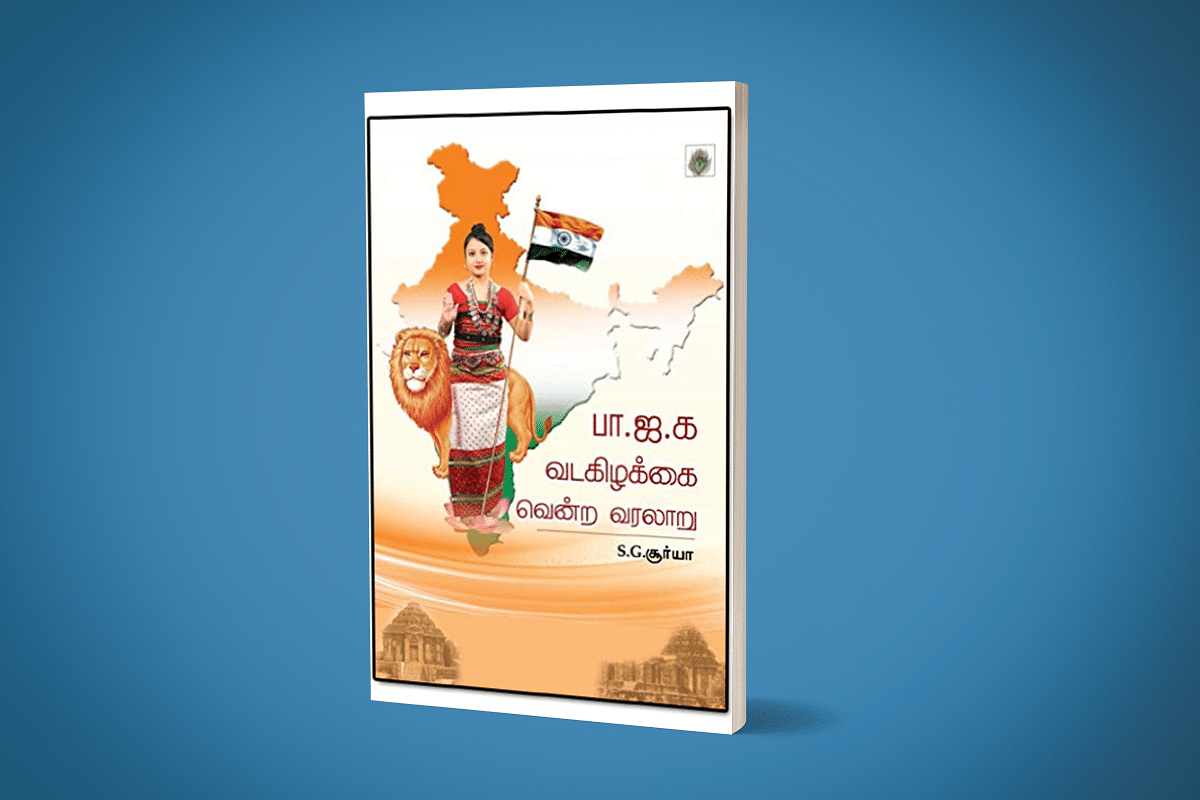 The period was between 2011 and 2014. In a college hostel in Pune, there were two friends — one from Tamil Nadu and the other from Assam. The Tamilian was a Bharatiya Janata Party (BJP) supporter, who had generational link to Jan Sangh and then the party. The Assamese was a Congress supporter.

Santh Rakshik Manu Sharma and S G Suryah from Tamil Nadu were educating each other about their states. More than that the North East which has always been a mystery to most north and south Indians was becoming clearer to this Tamil youth.

Half a decade later, this knowledge would help Suryah to write a book on North East — more specifically how the BJP won the North East through a combination of strategy, hard work and serendipity.

The book How the BJP won the North East is in Tamil. It is crisp and fast moving. Suryah describes how what looked just a few years ago like an impenetrable rock and an entirely alien land, even hostile, has suddenly become the lotus-blooming pond.

In writing this, Suryah has an important intention — making lotus bloom in his own state of Tamil Nadu. I will come to that later.

This is a party well known for its discipline, and also as a truly democratic party. There is no dynasty or family succession. Most of the national leaders of the BJP were unknown party workers a few years before they became leaders.

Suryah points out in his book how in BJP the party leader is no figurehead. He had earned it. And more importantly, he has to prove his worth. Shah did. The book is about the how.

Shah had already shown his strategic acumen in the Uttar Pradesh elections. But can he succeed in the North East? The story unfolds interestingly.

The strong presence of the BJP in the North East is not just party politics anymore. It is in the national interest. With the Chinese being allowed to have their way throughout the United Progressive Alliance (UPA) decade, now the North East was up for grabs for the Chinese. They could well engineer anti-Indian sentiments in the volatile political situation of North East and then go for a military expansion in the region. India was then vulnerable.

A strong presence of the BJP in the North East means a major obstruction for such Chinese mischief in the region. Hence what Shah achieved in the North East has to be seen in the larger context of the nation’s geo-strategic interests.

The BJP and the sangh have been working in Assam silently. Assam has been suffering from refugee-infiltrator problem since the Partition. The situation had become dangerous following the famous student stir and the violent undemocratic dealing of people movements by the Indira Gandhi regime, and subsequent Congress appeasement policy that had made possible demographic takeover of Assam by Islamist forces.

Suryah explains how Shah brought in the strategy of ‘win or get those who win’. Ironically, in this, Shah was aided by the dynastic insecurities of the Congress. Himanta Biswa Sarma who was Health Minister is almost the same age as that of the then Congress president Rahul Gandhi. But Sarma was a strategist and an asset for the political party. Congress neglected him and even humiliated him. He had to leave.

Shah, the Chanakya, made use of the opportunity. The loss for Congress became an asset for both the BJP, and the nation at large. In 2016, the BJP won Assam and behind this success was Sarma. Suryah explains this lucidly with the flow of a political thriller.

Then came on to the radar the other of the seven sisters of the North East. Manipur, Nagaland, Arunachal Pradesh, Tripura, Meghalaya and Mizoram. Soon in four years all these states were being ruled by either BJP or BJP in ruling coalition.

These were not achieved by manipulations. There has been heavy toil on the ground and sacrifices — including the ultimate sacrifice of lives of the cadre and leaders alike. Suryah narrates movingly the saga of such sacrifices.

The change in Tripura — the entire state, people and political situation — from being a red bastion to a saffron fort is considered as a case study by Suryah.

But it also has to do with two more things, he points out. One has been the utter failure of communist government on the ground — driving the state to bankruptcy and emergence of intolerably corrupt vested interests killing all initiatives of the people on the economic front.

The second was the balidhan (sacrifice) the BJP-RSS made fighting both the Marxists in power and armed separatists.

To the Tamil audience, Manik Sarkar had been projected as the simplest and totally incorruptible people’s chief minister. Tamil Nadu is infested with Marxist propagandists at all levels. They are aided by the Dravidianists.

In this book, Suryah has taken upon himself the task of exposing the false image. Their poster boy was not at all a hero but a villain.

Basing his writing on the work of Prof Dinesh Kanji that exposes the violent cult and false propagandist image of the Marxist chief minister, Suryah acknowledges his debt to the book ‘Manik Sarkar: Real And The Virtual – The Gory Face of Anarchy’.

He has also brought to the Tamil audience the substance of the book ‘The Last Battle of Saraighat: The Story of the BJP's Rise in the North-East’ which chronicles the BJP’s nascent victory in the region.

But it is not limited to books. Suryah has painstakingly collected data in the form of personal interactions, local newspaper reports and articles as well as Internet-based data on the North East. He has acknowledged all his sources.

The book brings out not only the victory of a political party but also how this victory is only a tool in the larger scheme of things in national interest namely strengthening the North East. It is not as if the North East has to be brought to the national mainstream for the stream of our national life is in itself contains streams of the North East.

But it is about bringing prosperity to a hitherto neglected region and also bringing security to geo-strategically important region. Suryah has to be congratulated for bringing this aspect forcefully in the book.

There is a subtext in the book. The author has taken a calculated risk in publishing this book in Tamil. Had he desired popularity he could have published in English. But he chose Tamil for a reason.

Tamil Nadu too awaits a similar lotus resurgence. Anti-national ‘breaking India’ forces have been making Tamil Nadu their laboratory. But here the pan-Indian forces have an advantage. The culture of Tamil Nadu is visibly that of Sanatana Dharma and Vedas.

So if the initial impasse is broken, Tamil Nadu will be far stronger the fort of saffron than Gujarat one would dare say. But for that we need to counter propaganda and provide inspiration. This book does exactly that.

Every well-wisher of Tamil Nadu should promote this book and make sure that it becomes a guide to Tamil Nadu rediscovering its real roots — culturally and politically.