Of Books And Bookshelves 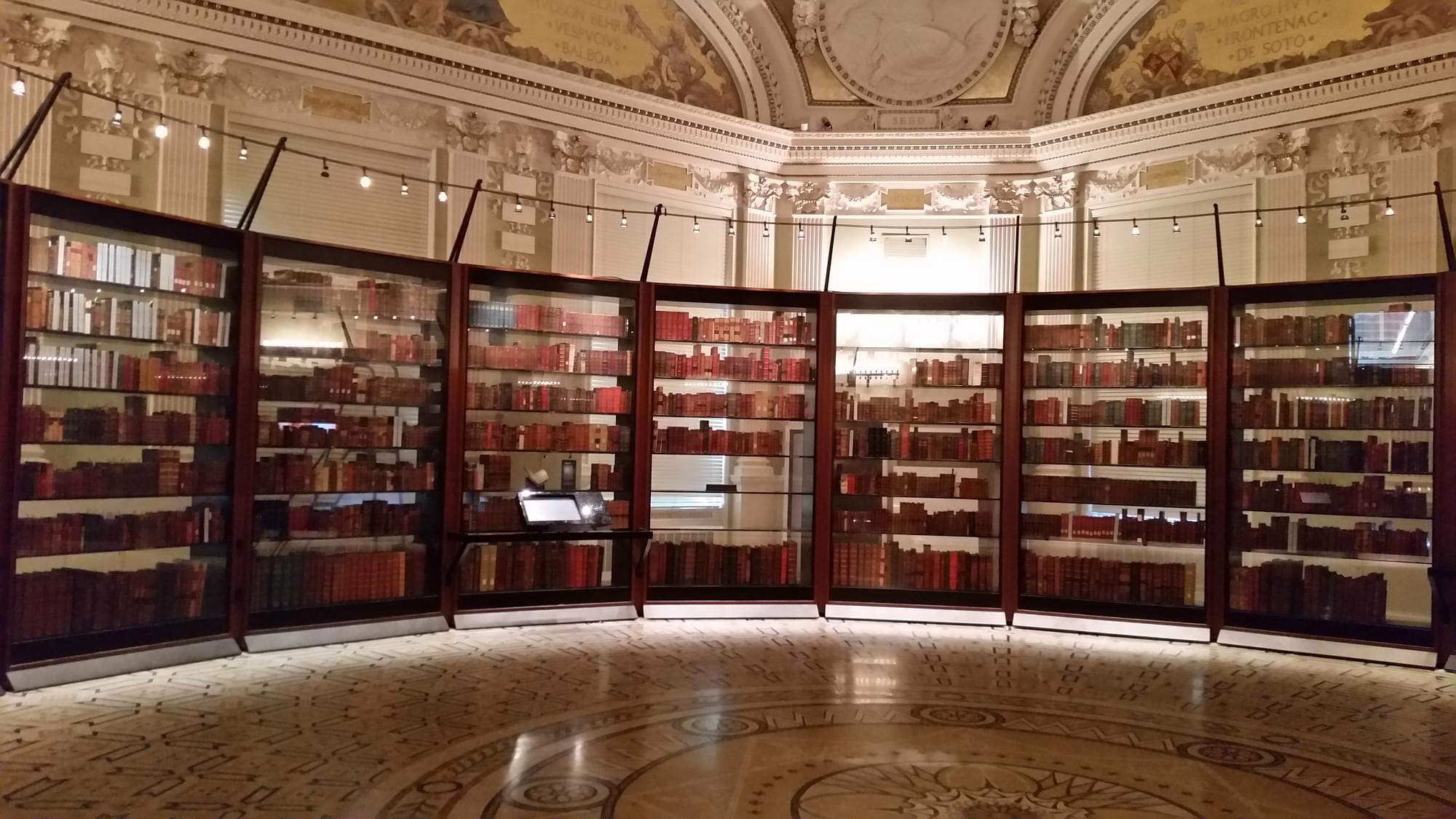 Jefferson’s Monticello Library in the Library of Congress. (Wikimedia Commons)

“True power is held by the person who possesses the largest bookshelf, not gun cabinet or wallet” - Anthony J D Angelo

A bookshelf is nothing but a treasure chest for a curious mind. Bookshelves have a personality of their own. They often will tell you more about the person than his clothes or shoes. The only problem – books will sooner or later outgrow the bookshelf. Personally, my bookshelf was more important to me than any decorations in my house. It was the decoration! My fantasy of a perfect house is the one where the library is the centrepiece and the bookshelves with rare books, its masterpiece. Often during my visits to libraries and bookstores around the world, I am fascinated by the bookshelves as much as rare books. The bookshelf that stood out was the Thomas Jefferson’s Library in the Library of Congress in Washington DC. It was the only place where I spent more time admiring the room and the bookshelf rather than the books themselves.

The Library of Congress contains 17 million catalogue records for books, serials, manuscripts, maps, music, recordings, images and electronic resources. Even a whole day falls short when visiting it. However, if you have limited time, a visit to the Thomas Jefferson Library within the Congress is a must. Throughout his life, Thomas Jefferson (1743–1826) collected books across a vast spectrum of topics and languages. Jefferson followed a modified version of an organisational system created by the British philosopher Francis Bacon (1561–1626) to arrange the books in his library, at that point the largest private book collection in North America.

Divided into categories of memory, reason and imagination – which Jefferson translated to “History,” “Philosophy,” and “Fine Arts” – and further divided them into 44 “chapters”. Hence was the collection placed at Jefferson’s fingertips, the span of his multifaceted interests. The books from Jefferson’s library are part of the Rare Book and Special Collections Division of the Library of Congress. His collection of nearly 7,000 titles was also the finest in the country and went on to become the very foundation of the Library of Congress.

To transport the large collection to Washington, the books travelled in their own special shelves that had housed them at Monticello, for Jefferson believed there were no better packing boxes. He wrote in 1815:

“The books stand at present in pine cases with backs and shelves, without fronts. the Cases are generally of three tier, one upon another, about 9. feet high in the whole. the lowest case is generally 13. Inches deep, the 2d 6¾ I. and the uppermost 5¾ I. averaging together 8½ I. to which add ¾ I. for the front of boards to be nailed on, and it makes an average depth of 9¼ I. I have measured the surface of wall which these cases cover, and find it to be 855. square feet..."

The shelves were taken down with the books still in them, waste paper was stuffed into spaces to secure the volumes, and boards were nailed across the front to prepare them for the journey that would involve 10 wagons.

The origin of the portable book boxes is not known. There is no documentary evidence that Jefferson designed them, yet their special features would have certainly assisted him in organising, maintaining and transporting his huge library. Each case comprised three specific dimensions to accommodate different sizes of books, from smallest to largest: duodecimos, octavos, quartos and folios. The bookcases consisted of boxes arranged in three tiers. It is not known if there were eight independent boxes (a total of eight boxes per unit), or whether the cases were stacked in three units, each tier being a single piece.

The set of six bookcases (five in the Library, one in the South Square Room) currently on display at Monticello were made in 1959 to recreate the original presses. They are constructed of eight separate boxes per bookcase. The specifications were carefully drawn up after compiling all written evidence as well as measuring remaining volumes from the Jefferson library at the Library of Congress. The reproductions were made from pine, just like Jefferson's original boxes.

A lovely book on bookshelves, the perfect coffee table book as far as I am concerned, is titled At Home with Books. In this book, you’ll see a colourful and tasteful display of photographs showing the elegant personal libraries of collectors and writers. And it’s not just photographs, there are essays too on how to care for your library, ways to arrange the books/shelves, the kind of furniture you can match them with, and the right lighting for them. The photographs are by Christopher Simon Sykes. Alan Powers’ Living with Books is not exactly a coffee table book, but more like the kind of bookshelves and libraries you’ll see in the homes of people with a large collection, books crammed everywhere. And yet this too is just as appealing. Books are shoved all over the house, under staircases, on the landing, on the windowsill, and even in the bathroom!

There are more books on the subject such as Books Do Furnish a Room, Decorating with Books, and Books Make a Home. They are all more of the same – glossy coffee table photographs of bookshelves that have more to do with interior design than collecting. A more interesting book on the subject is Unpacking My Library which visits the libraries of a dozen acclaimed architects and examines their relationship to books and space.

My own bookshelf is a combination of randomness and structure. While some parts are very structured, many are not. I have often been at the receiving end of my wife’s tirade for even filling up our clothes wardrobe with books! I have often planned to spend time to put some order but have never got around to doing it. I suppose most collectors never get around to cataloging their own collection, while admiring everyone else’s!

Most of my bookshelves are rectangular to maximise the space for books. Often, it is just wooden racks piled up with boxes of books (each box has books on a specific topic). My earliest memories of a bookshelf at the home where I grew up was a simple wooden box, large enough to keep two rows of Readers Digest (sequentially arranged since 1964) and a Murphy radio on top!

When I had hosted Sudha Murthy (founder, Infosys Foundation) for a book reading at SAP Labs in Bengaluru, she had beautifully summed it up, “The true wealth of a person is measured not by the money in his bank, but by the books in his bookshelf.”