Our Gods Are Coming Home! 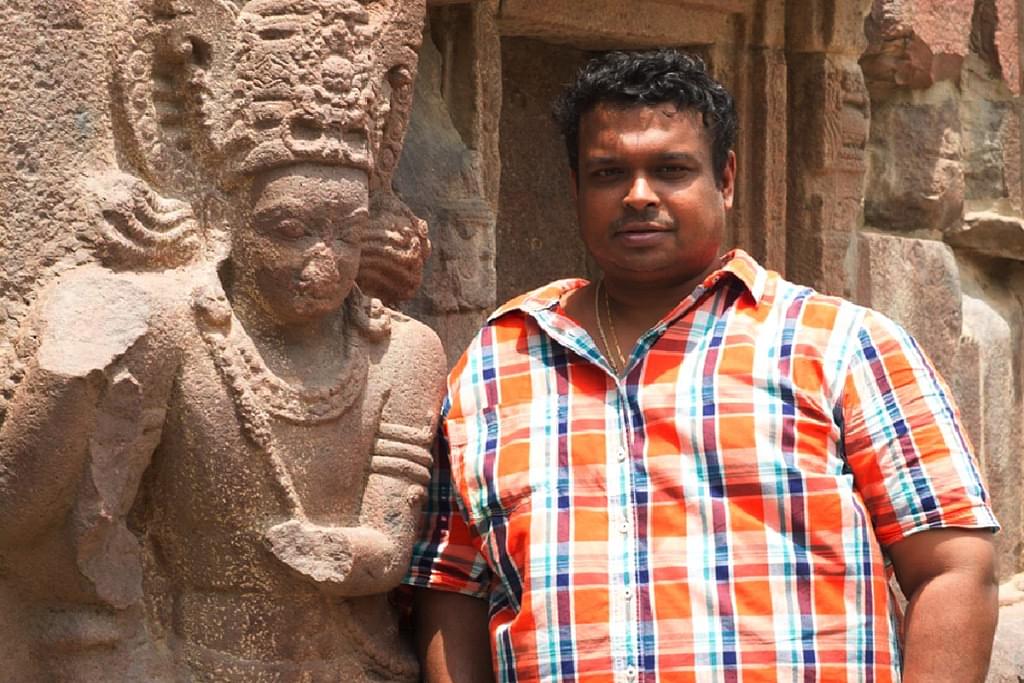 S Vijay Kumar is on a mission to bring back stolen idols.

During Modi’s visit to Canada in 2015, the then Prime Minister of Canada Stephen Herper returned another idol of ‘lady with the parrot’ stolen from Kajuraho that had made its way to Canada. In October 2015, German Chancellor Angela Markel returned a precious idol of goddess Durga as Mahishasura Mardini on her visit to India. In 2016, Modi’s visit to the United States of America yielded the return of several more ancient sculptures that were stolen and smuggled out of India. Former US president Barack Obama’s government was more than glad to return them to where they belong. News was that all these were being returned to India.

However, not all of that seen in the press returned to India. The process was and is not so easy either. As late as few months ago the tenth century idols of emperor Raja Raja Chola and his consort were brought back to the iconic Brihadeeswara Temple in Thanjavur with much fanfare. The whole case of theft and return took several decades to crack through. What looks easy on the outside isn’t as easy after all. The amount of time, the people behind every acquisition and the numerous stories each of these idols carry will make for tomes of interesting historical material.

To know how all this, or at least a part of this, works, The Idol Thief: The True Story Of The Looting Of India’s Temples, published by Juggernaut Books is a great starter. It is one such story, and possibly the biggest one in recent times, narrated in a long time. Authored by S Vijay Kumar, the book is unputdownable in one word. But who is Kumar and why is he doing this? More about him later in this review.

It is not a surprise to see icons of Hindu, Jain and Buddhist gods in museums across the world. In fact, it has become so ‘normal’ that rarely anyone bothers to question the pieces displayed. After all, a museum is supposed to have these pieces right? But if you bothered to question how each piece got there, you will enter the murky underbelly of art world and unimaginable crimes.

In this century, the biggest gambler in the art world is Subhash Kapoor. The Idol Thief tracks his story all the way to his arrest. Kapoor's humble family beginnings, his career and growth, his migration to the US and finally his obsessive involvement with the art world is a story meant for a film. Tracking his arrest in 2011 makes for an exciting read. In fact, the whole book reads like a suspense crime thriller, except that all the characters, places and events mentioned in this are absolutely true. We have heard of how Muslim invaders looted our temples and plundered wealth. That was long, long ago in the distant past. But the characters of The Idol Thief are here and now. Real thugs running riot over huge monies to satisfy the greed of a few selfish players.

In the Vedic and Aagamic tradition across India, a consecrated idol is an embodiment of divinity. The idol is treated as a living entity. There are prescribed rituals in service of the deity. From waking the god up early morning, bathing and dressing him, offering him specially-cooked food, to singing him to sleep by the end of the day, everything is an act of surrender and devotion to him. The predominant sentiment of bhakti gets a pronounced form through these activities. Countless poet saints have eulogised this very sentiment of bhakti in their writings over centuries. At times of invasions, these deities were safeguarded and protected first. Many sacred idols were buried into the earth so they could be unearthed later, re-consecrated and served later. Countless temple priests and sculptors laid down their lives against ruthless invaders. Why did they do that? What drove them to lay down their lives for a piece of stone or metal? After all, none of them even bothered to write their names on these sculptures.

Today’s modern painters inscribe their names on every piece of canvas they create, however hideous. None of the ancient temples will tell you who were these great artisans and sculptors who spent their lifetimes chiseling away to create immortal wonders. What kept them going, many times ignoring their abject poverty? The only possible answer one can think of is bhakti. The only emotion in their heart that they lived by, all their lives.

Yes, today we live in greatly modern and progressive times when this very sentiment of bhakti is easily rationalised. And this has lead to numbing human faculties of common sense and resulted in much bad karma. Most of the crimes related to temples emerge from this numbing. Kapoor and his aides are examples of vinasha kaale vipareeta buddhi. What was stolen and sold off as ‘Indian art’ with an international market value running into several hundred million dollars was our gods and heritage. This systematic loot has in-house players, a great amount of negligent documentation and a state-legal system with enough loopholes to protect criminals. Even as you read this review, there is enough being looted from India and auctioned off in art houses across the world. Every time you see an idol in a museum, let it provoke you to ask uncomfortable questions of how and where it was looted from.

From the famous Lord Nataraja and goddess Sivakami of Suthamalli village in Tamil Nadu, stolen and auctioned for millions, the stolen emerald Shivalingam from Kalady the birth place of Jagadguru Adi Shankaracharya, to the exquisite Ardhanarishwara from Vriddhachalam and many more precious icons, The Idol Thief takes you into the shadowy world of scandalous art deals. From remote villages in Tamil Nadu to Singapore, Hong Kong, UK, Germany and many more countries, the book takes you on an exciting journey to reveal how art deals are cracked or fixed. Let me not give away the story. It is for you, reader, to enjoy the adventure that Kumar is going to take you along. By the end of the book, you will no longer see any art display normally.

The book provokes you to think and question every icon displayed in museums and private collections across the world. It also gives you a sense of the magnitude of organised crime going on in the name of art. And this is only the beginning. Kumar’s book looks at a few Chola bronze sculptures. If you go out there, you will realise there is more. There are tonnes of precious jewellery looted from temples, there are gold and silver vessels and other priceless things. Many times, what the invaders couldn’t take with them, they destroyed. Lakhs of precious manuscripts were set on fire. All this is our collective loss. But it is never too late to act on something.

Meanwhile, bad documentation continues to rule everywhere. Even the prestigious National Museum’s bronze gallery has several exquisite sculptures mislabeled. For example, the idol of an infant saint Tirugnana Sambandar is labeled as ‘Dancing Krishna’. Our museums don’t bother to hire experts and check details. Our authorities are unprepared for any grueling work that would aid solid documentation for posterity. And we have a very few experts left. Gone is the era when you could easily consult a well-read scholar like Nilakanta Satry, S R Balasubramanyam or C Sivaramamurti. Even the much-abused term ‘Aagama Sastra’ has a handful of authentic scholars, who can give you the right insights with authority. It is in this light that The Idol Thief comes as an important documentation. Kumar’s research work and methodology comes across as highly significant to our times.

Kumar is a researcher par excellence. His eye for detail and patience for information is humongous. Anyone else would easily give up midway through the adventures Kumar took, which he mentions in this book. So why would a shipping officer in Singapore be interested in all this? The answer is simple. Bhakti. Devotion. Faith moves mountains, as the timeless proverb goes. It is sheer bhakti in dharma that is driving him to do this tedious work and pursue it relentlessly. It is a thankless job. It doesn’t involve any financial benefits. Kumar doesn’t collect art or antiques. He is just happy to see gods return home. For what are dealt with as ‘antiques’ and objects of art are living entities for us here. Kumar realises this. In this book; he writes, “when the gods decide to come home, they will choose the time and vehicle for their return. I am but one such vehicle assisting their homecoming”, with utter humility. In that sense, he is a true karma yogi.

Since 2007, his fantastic blog poetryinstone.in has seen his passion, flower into numerous research articles and lectures. Some of the ‘pieces of art’ he helped bring home proudly sit in several places like The National Museum, New Delhi, and several temples across India. Posterity will be in gratitude to his nishkaama seva to dharma. He is a brilliant speaker and his illustrated lectures are filled with amazing insights into the world of art and iconography. This is his first book and we hope many more will emerge from his pen. Thanks to his selfless service, our gods are indeed coming home. It is time to celebrate.

Also read:
How To Loot Indian Temples: A Step-By-Step Guide To Steal Precious Antique Idols
How An Attempt To Pen A Dummies Guide To Indian Temple Art Led To The Return Of Many Smuggled Idols