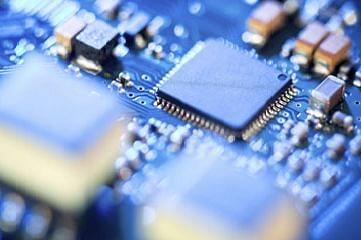 One year ago, on 2 June 2020, Union Minister Ravi Shankar Prasad announced three schemes to boost electronic manufacturing in India, the video for which is available here. He started the press conference by saying, “Today is a historical day in our efforts towards Atmanirbhar Bharat (self-reliant India) (in the field of electronics)”.

Since then, I have written a series of articles in Swarajya and elsewhere focusing on the need for semiconductor fabs in India, covering technical aspects, challenges and suggestions to address them as well as tracked developments from the side of the government of India during this one year and even some from the past.

In my 8 April 2021 article, I had put out some thoughts related to the “unofficial news” of the $1 billion incentive offer for semiconductor fabs for each approved proposal that the Ministry of Electronics and Information Technology (MeitY) would receive through the Expression of Interest (EOI) it opened on 15 December 2020 and also wondered if the deadline would be extended for the fourth time.

I had suggested that instead of endlessly waiting for some “perfect” proposals to come from possibly the best in the world, they should just finalise the incentives for the good proposals it would have already received. I had also given the example of one such based on hints already available in the public domain.

The fact that MeitY did not extend the deadline beyond 30 April 2021 was giving some hopes that the much-awaited exclusive scheme or policy to incentivise #FabInIndia will come out soon, incorporating the suggestions from the proposals that MeitY has received.

However, on 21 May 2021, The Financial Express quoted Ajay Sawhney, Secretary to MeitY, as saying: “We are working to formalise an incentive structure for setting up display as well as semiconductor fabs in the country. In the coming six months, we will try to come out with a concrete proposal”.

If that is true, it is surprising to see the government asking for another six months. This effort is not a completely new one, and there was already news of an exclusive scheme to support fabs being in the works, for example, as per this report from April 2020 and interview of Union Minister Ravi Shankar Prasad from July 2020.

If one traces back, nothing much had happened on the #FabInIndia efforts in the months that followed the Minister’s statements, that is, August to November of 2020, and the possible explanation is caution on spending brought in due to the first wave of Covid which peaked in India around September 2020.

The December 2020 move to invite proposals, though on the one hand could be seen as a continuation of the possible “buy more time” strategy from the government, at least there was something positive about it in terms of taking a consultative approach with the promise that government will finalise the incentive structure based on the demands detailed in the proposals, Even after all this, to now say that MeitY needs another six months, sounds quite dispiriting.

Perhaps this drag too is triggered by the second wave of Covid, either caution on the spending itself or on perception. However, further delays in finalising the scheme or the policy may cost India dearly because there is no guarantee that the investors or the tech firms who are part of the proposals will wait that long.

India should also look into how many other countries have moved quickly on finalising their incentives or facilitated companies from getting started. For example, Taiwan Semiconductor Manufacturing Company, Limited (TSMC) has confirmed that construction of its $12 billion, 5nm fab in Arizona, USA, has already started.

From the US government side, as per this report “US Commerce Secretary Gina Raimondo said on Monday a proposed $52 billion boost in US government funding for semiconductor production and research could result in seven to 10 new US factories”.

The South Korean government has recently announced that it will spend $450 billion over the next nine years to take the lead in the global semiconductor market.

The report in Bloomberg also said that Samsung is boosting its spending by 30 per cent to $151 billion through 2030 while SK Hynix is committing $97 billion to expansion at existing facilities in addition to its $106 billion plan for four new plants. They’ll be among 153 companies fueling the decade-long push.

The numbers may sound mind-boggling for the Indian reader, and once again, till anything actually happens in India, there is a frequent tendency to peddle negative aspects surrounding India’s efforts. At the risk of repeating this point, India need not aim to start big, when there is near zero ecosystems currently, one must start slow, aim small and then build upwards, and this point has been emphasised in multiple articles published in Swarajya - this and these to quote a few.

Perhaps there is something to study from what Japan is trying to do, going by the reports. There is this report that “Japan wants TSMC, Sony to build a 20 nanometre chip plant,” proving the point in earlier articles that there is still enough out there for fabs doing tech-nodes in the 20s of nm. For Analog chips, as explained here, 65nm tech-node itself would be good enough. In fact, it would perhaps be ideal for India to start with.

Another report says, “Japan has signed off on a $338 million semiconductor research project to develop cutting-edge chip technology in the country with the market-leading Taiwan Semiconductor Manufacturing Company (TSMC) ... Around 20 Japanese companies will work with TSMC in the project worth 37 billion yen, with the government paying just over half of that”.

Going by the last part of that statement, the government of Japan is giving incentives worth more than 50 per cent—it may not be directly for a fab itself, but to develop advanced technology in the country, but remember that Japan already has fabs up to 40nm tech-node if I am not mistaken.

India too will have to give incentives of that order to first have fabs with mature tech-nodes come up, which will also be a capability demonstration both in terms of infrastructure as well as a talent pool, and then at some point start supporting the development of advanced technology nodes.

Can India expect the leading players (2020 market numbers are quoted in my recent article titled “Yeh Dil Maange Moore and Morris” here) - for example, pure-play foundries like TSMC or IDMs like Samsung or Intel to come? Great if they do, but it may be tough given that they have already been wooed by countries like the US, China, Japan and European Union. If there are good proposals involving what can be called the “second-tier” fabs, MeitY should approve the incentives for them.

Time is of the essence here. Any further delays in finalising the schemes and approving the incentives will run the risk of losing the chance of materialising the proposals that are apparently already sitting with MeitY. It will be my humble request to whomsoever matters, to not let a two-decade-old necessity slip between the cup and the lip.