India Has Never Been Defensive About Its Stand On Buying Russian Oil: EAM Jaishankar 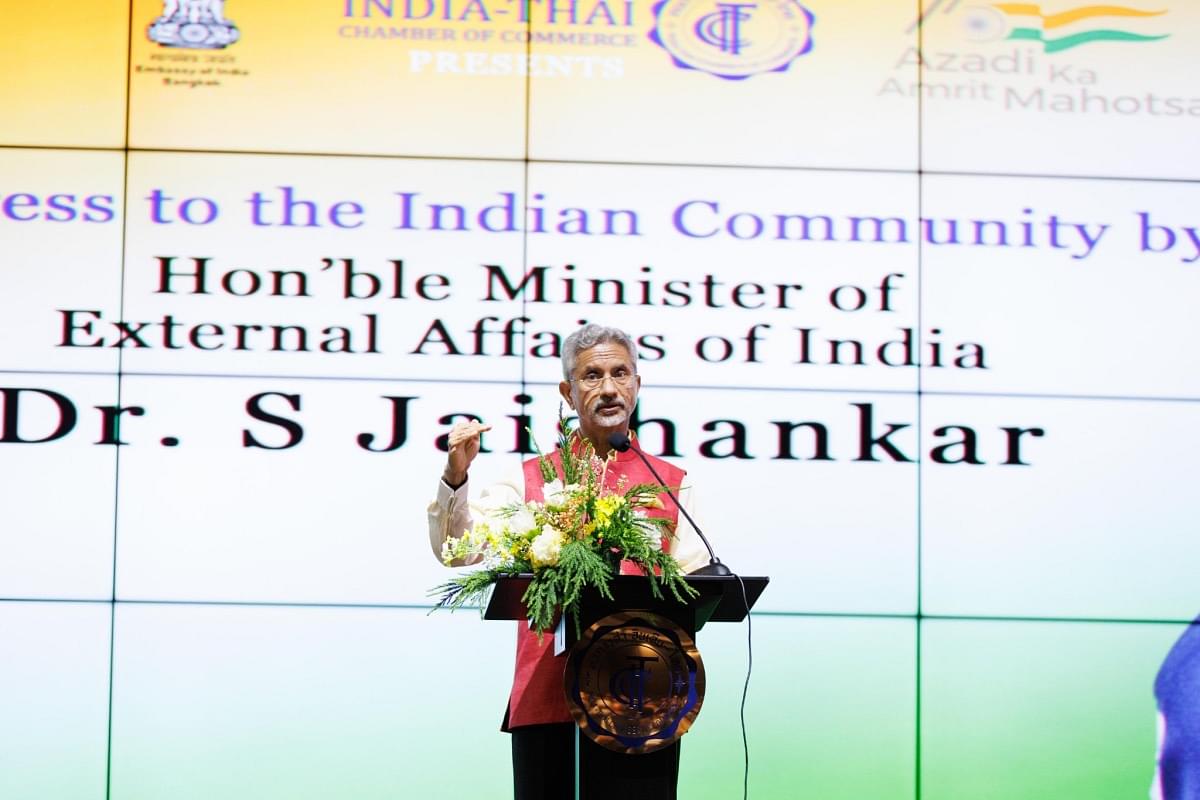 Bangkok, Aug 17 (PTI) The US and other nations in the world may not appreciate India buying Russian oil, but they have accepted it as New Delhi has not been defensive about its stand but made them realise the obligation the government has to its people amidst 'unreasonably high' oil and gas prices, External Affairs Minister S Jaishankar has said.

Jaishankar, who arrived here on Tuesday to attend the 9th India-Thailand Joint Commission Meeting, took part in an event where he met members of the Indian community.

In an interaction with the diaspora, Jaishankar defended India's decision to buy discounted Russian oil amid Moscow's ongoing war with Ukraine, saying many suppliers of India have diverted their supplies to Europe, which is buying less oil from Russia.

Oil prices are 'unreasonably high' and so are the gas prices. A lot of traditional suppliers to Asia are diverting to Europe because Europe is buying less oil from Russia, he said.

'It is a situation today where every country will try to get the best deal possible for its citizens, to try to cushion the impact of these high energy prices. And that is exactly what we are doing,' Jaishankar said in response to a question.

He said India is not doing it in a 'defensive way'.

'We are being very open and honest about our interests. I have a country that has a per capita income of two thousand dollars. These are not people who can afford higher energy prices,' Jaishankar said.

He said it was his 'obligation' and 'moral duty' to ensure that the people in India get the best deal.

'I do see that -- not just in the United States but including the US -- that they know what our position is and they move on with that,' he said when asked about the impact of buying Russian oil on India's ties with the US.

'Once you lay out very openly and honestly, people accept it,' he added.

'They may not always appreciate it but once it is there and you are not trying to be too clever about it, you actually have laid out your interest in a very direct manner, my sense is that the world somewhat accepts that as reality,” Jaishankar said.

The US and European nations have imposed heavy sanctions on Russia since Moscow sent troops into Ukraine on February 24.

India has raised oil imports from Russia after the Ukraine war despite criticism from the west and continues to engage with Moscow for business.

A senior Indian government official said in June that India's crude oil imports from Russia had jumped over 50 times since April.

In May, Russia overtook Saudi Arabia to become India's second-biggest supplier of oil behind Iraq as refiners snapped up Russian crude available at a deep discount following the war in Ukraine.

Indian refiners bought about 25 million barrels of Russian oil in May.

'We have long been challenged by the...impact of cross-border terrorism. In the last two years, we also had a challenging situation on our northern borders,' he said.

He said a situation has arisen at the northern border that went against understanding India had with its northern neighbour China.

He said there are a whole host of other issues, like pandemics, climate change, and maritime security that impact India, which is one-fifth of humanity.

Speaking on India-Thailand ties he said, for India, the ASEAN has been associated with a period of reforms.

'Among Association of Southeast Asian Nations (ASEAN) countries, Thailand has been particularly important for us. It is today a very major partner...I think trade today is in excess of 15 billion dollars,' he said.

Thailand is a partner to India not only in ASEAN but other organisations like the Bay of Bengal Initiative for Multi-Sectoral Technical and Economic Cooperation (BIMSTEC) and Mekong-Ganga.

'I am here to take our relationship with Thailand forward,' he said.

He said the objective of the joint commission is to build greater political comfort, to increase trade, to look at the barriers which stand in the way to promote more economic activity and more investments between our countries and to make it easier for the people to travel between the two nations.

'This really matters to us today because, in a much more volatile and uncertain world, both ASEAN and India...find each other a source of stability,' he said.

He said the Indian community has a role in strengthening the bilateral relationship.