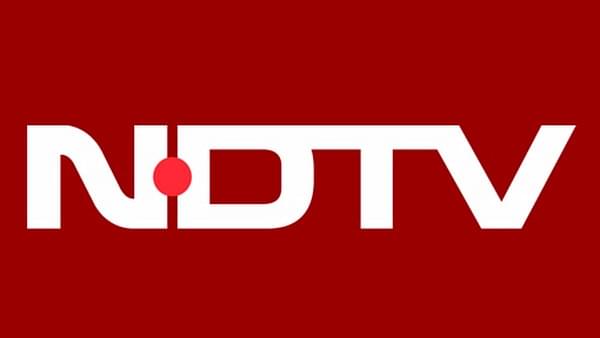 The promoters of New Delhi Television Limited (NDTV), a media company based out of Delhi, are currently under investigation by government agencies on accusations of financial fraud and money laundering. Now it seems like their problems are here to stay. Sanjay Dutt, minority shareholder in the company, has complained to the Information and Broadcasting (I&B) Ministry about illegal change of control in NDTV by its promoters to a shell company named Vishwapradhan Commercial Private Limited (VPCL) without taking permission from the ministry.

In his complaint, Dutt wrote that the promoters of NDTV illegally transferred control of NDTV to VCPL, a company which has neither a business nor source of funds, assets or any activity whatsoever. Dutt alleges that by virtue of an illegal arrangement, the control of NDTV was transferred on 21 July 2009 and the I&B ministry was neither informed of the transfer of controlling shareholding nor any permission was sought for the same.

In his letter to the ministry, Dutt said the VCPL transaction is already under investigation by the Central Bureau of Investigation and Enforcement Directorate (ED). He also wrote that the ownership of NDTV was transferred in a dubious manner by layering and routing funds from various entities, violating provisions of Foreign Exchange Management Act and Prevention of Money Laundering Act.

In addition to the transfer of ownership, the alleged agreement also had a pre-condition on the use or routing of $85 million from an overseas entity into the Indian listed company (NDTV) in an apparently questionable manner, wrote Dutt. “This fund transfer/hawala is also being looked at by ED and other agencies such as Income Tax department. Further, the transfer of ownership was also in violation of Securities Exchange Board of India (SEBI) Insider Trading Regulations, Fraudulent and Manipulative Trades Regulations and SEBI Takeover Code,” he added.

In his letter, Dutt pleaded with the ministry to coordinate with government investigating agencies and requested appropriate action. He wrote that Director General, Investigation Income Tax, had already determined that VCPL is not a genuine entity and does not have any business activity.

In addition, SEBI has issued a show-cause notice to VCPL and has to initiate appropriate proceedings against the erstwhile promoters of NDTV, wrote Dutt.

NDTV is facing serious financial trouble apart from charges of impropriety. It recently let go of nearly 70 employees, including senior camerapersons and technical staff across the country. Sources say another round of pruning could take place soon and those in the editorial team could be in the firing line next.

Lessons From NDTV's Fall From Grace: Funny Money Is Vital To Media Viability

NDTV Should Fight Its Battles Legally, Not By Using Figleaf Of Media Freedom