Oh Snap! Where Do Indian E-Commerce Firms Go From Here? 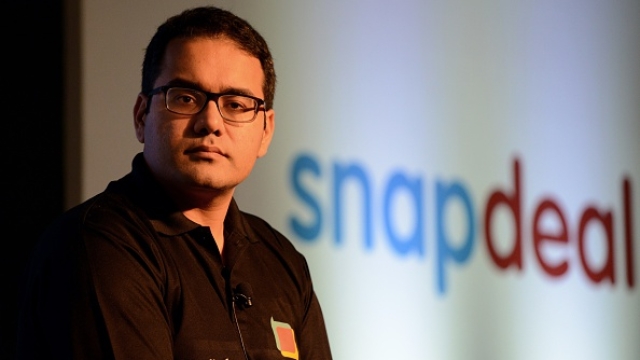 Snapdeal is in big trouble. And its showing. Though the e-Commerce startup has not officially declared how many people they are going to say goodbyes to but reports indicate the number to be around 500-600. That’s a lot of employees. Justifying this massive bloodbath, the founders reason ‘they erred in the execution and even started building a team size that was much larger than what was required.’

Taking the responsibility for making ‘an error in the execution strategy of the company by diversifying without getting the foundation right’, the founders Kunal Bahl and Rohit Bansal have decided to slash their salaries by 100 per cent. Other top executives have also offered to take a pay cut.

Snapdeal is not the only entity in the field that is suffering. Flipkart is slipping in terms of market share. The Indian online marketplace leader has seen its share dip from 43 per cent of shipments in March to 37 per cent. In April last year, investors in Flipkart wrote down the values of their holdings in the company by a hefty $5-6 billion from a year ago. Relatively small players like Grofers, Local Banya and Peppertap have also taken a beating.

What’s happening to the Indian online retailing business? As this Swarajya column had argued, it is coming down to earth.

Two observations can be made about the future of e-tailing in India.

First, given the capital-guzzling nature of the business, it is unlikely that any Indian-owned group will survive as a standalone business. Sooner than later, it is the Amazons and Alibabas that will hold sway, as only they can keep investing billions of dollars year after year to build scale, reach and margins. One cannot expect a Flipkart or Snapdeal to survive as independent entities too far into the future. They could become takeover candidates when the regulations allow for foreign acquisitions. The value they build in the next few years will help their investors exit with a small profit. In short, their game is likely to be about sell-out valuations.

Second, the online business is more likely to succeed when it becomes a subset of big platform businesses. Google, Apple, Facebook, Twitter, Amazon, etc are platforms that sell both physical and digital products, and also provide an environment around which other businesses can be built. This will be obvious from the sheer number of vendors and developers who build products around these platforms. Standalone e-commerce platforms in one country are tough to sustain, as gestation periods for breakeven get longer and longer.

It is only a matter of time before global online marketplaces swamp Indian startups and take them over.