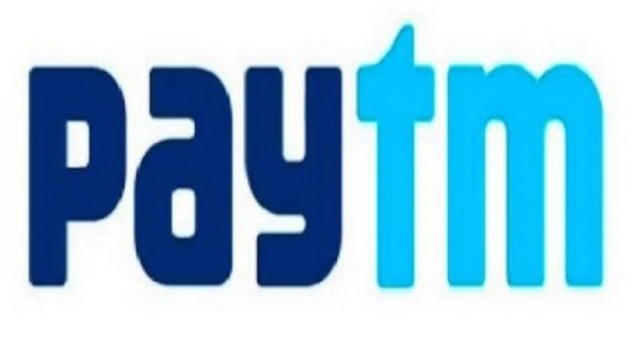 Paytm, the e-commerce playerwhich plans to get into payments banking, has sought a fresh round of fundingat valuations of around $5 billion (Rs 33,500 crore). This is more than the collectivemarket valuations of the bottom 10 public sector banks in India put together.

Here’s the scenario: thevaluation of an e-commerce plus e-wallet business which will soon metamorphoseinto a bank, and which makes huge losses on its current operations, is greaterthan banks which collectively may not be doing too well right now but whichhave a clear business model. All the 10 public sector banks have made profits in thepast.

In 2014-15, the latest year forwhich figures are available, every rupee that One97 Communications (the companywhich owns Paytm) earned as revenue was counter-balanced by a bigger loss. Onrevenues of Rs 337 crore, it lost Rs 372 crore.

There is, of course, a methodto the market’s valuation madness: ever since technology platforms became thebig thing in the online world (Google, Facebook and Amazon, Uber and Ola areall platforms), business models are less about current profits and more aboutacquiring customers who can become future sources of profit. The idea is thatonce you create a technology platform and a growing band of customers, networkeffects will work in your favour and, at some point, freeloading customers (orsomeone else) will start paying.

This is why an Uber, despitemaking net revenues of $663 million in the first half of 2015 and losses of$981 million (according to a leaked report), still has an official valuation of $62.5billion.

Not everybody agrees thatloss-makers should have such huge valuations based merely on customeracquisitions and future potential. One of them is Aswath Damodaran, professorof finance at New York University’s Stern School and a valuations expert.Writing a blog on Uber’s high valuations, Damodaran said he would value Uber ataround $28 billion and not $62.5 billion, given rising competition in theride-hailing business, and soaring costs due to the need to scale up operationsin newer markets.

The same logic should apply tothe Paytms of the world. When last recorded, the Paytm wallet had 130 million users, and the company had a gross merchandisevalue (GMV) throughput of $4.5 billion (GMV is the total value of goods soldthrough Paytm, and not its own net revenues). Paytm expects to double the GMVto around $10 billion this year. Some of the new money raised will go to fundthe payments bank, which will attempt to convert its 130 million wallet usersto bank customers who will then, hopefully, buy its e-commerce products andpay bills using its app, generating fee revenues.

Elsewhere in the payments business,mobile companies like Airtel, Idea and Vodafone, with mobile subscriber basesof 252 million, 175 million and 198 million will be trying to do the opposite:use their profitable mobile customer data to cross-sell a payments bankingservice. Hopefully, this will make the customer base more sticky. Once you useyour mobile phone for more than just voice and data, you are likely to give theoperator options to make incomes from providing other services for a fee.

Paytm is trying to do theopposite: using its unprofitable customer base to drive profits in a competitive paymentsbanking business.

It is worth quoting Damodaranhere again. According to him, young growth companies (in our case, the Paytms,Flipkarts, Snapdeals, etc) will reach a “bar mitzvah moment”, when they have toshow growth at two levels— customer base and profitability. In Judaism, when aboy comes of age, he is said to acquire the same rights and responsibilities asa full-grown adult. The bar mitzvah moment for companies is, thus, a “time in its(the growth company’s) history when markets shift their attention away fromsurface measures of growth (number of users, etc) to more operating substance(evidence that the users are being monetised).” Moreover, “to get through thesebar mitzvah moments, young growth companies have to be managed on two levels,delivering the conventional metrics on one level while working on creating abusiness model to convert these metrics into more conventional measures ofbusiness success (revenues and earnings) on the other.”

The next two years willprobably force Flipkart to face its own bar mitzvah moment. The turning pointwas reached a few months ago, when two major investors downgraded the value oftheir Flipkart holdings, reducing the valuation of the company from $15 billionto nine billion dollars. This Mint article argues that both Flipkart and Snapdeal may have hit a valuation wall which means their day of reckoning is closer than ever.

Paytm, which is 40 percent owned by China-based Alibaba and Alipay, will face that moment a bit later, as it is still early in the game of converting users into profitable customers. Its current valuation of around $2.9 billion is expected to rise to around five billion dollars when it finishes its next round of fund-raising to collect $300 million.

Before a company reaches its bar mitzvah moment, it is easier to sell the idea of a growing customer base to raise money.