We Don’t Need More Than Seven-Eight PSU Banks; Here’s Why It Could Happen Sooner Than You Think 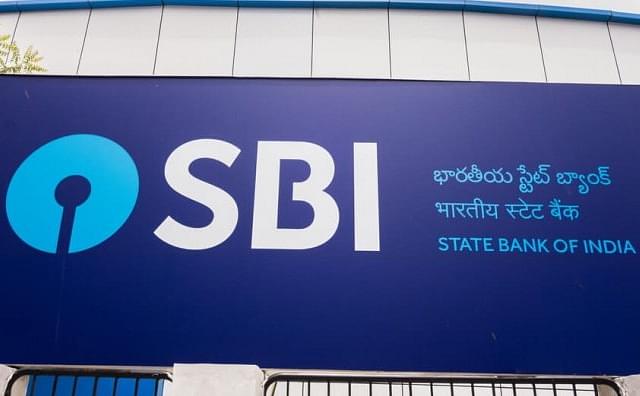 If there is one good reason why public sector banking should be shrunk, it is this: the bigger the share of government players in any industry, the slower the pace of consolidation and improved efficiency.

Take the case of the telecom industry, where the public sector’s share is less than 10 per cent today. Barely 18 months after the launch of Reliance Jio with a super-competitive price offer, four major players crashed out (Tatas, Aircel, Telenor, Reliance Communications). A fifth has dived into the arms of a competitor for safety, with Idea merging with Vodafone.

In civil aviation, where liberalisation began soon after Kingfisher bit the dust in 2011, public sector Air India is on the ropes. It is now being offered for distress sale to a private player. In calendar 2017, IndiGo had a 40 per cent market share, while Jet (including Jet Lite) had 18 per cent, with Air India and SpiceJet with 13 per cent each. Given a flawed aviation policy that was crafted to help crony businessmen until recently, the industry has seen regular entries and exits, but is only now in serious consolidation-cum-expansion mode. It took the rise of an IndiGo to push the government to exit Air India permanently.

The reason why consolidation isn’t happening faster is this: it’s not yet needed. Domestic aviation is still far from saturated, and passenger traffic is expected to continue growing robustly for some time. India is set to become the world’s third largest aviation market by 2020. Air India is exiting because it can’t take the heat. Its presence was, in fact, forcing the industry to bleed more.

This brings us to banking, which is the exception to the rule (apart from insurance). The public sector has a 70 per cent market share, and consolidation is slow. India is overbanked in terms of the number of banks we have, and underbanked in terms of the reach of financial services to rural areas. We need new types of banks – leaner, meaner ones – to take us past the last mile, but public sector banks are simply not quite capable of doing this, burdened as they are with excess overheads.

However, things may be about to change. Indian banking is on the threshold of a big consolidation, with massive expansion in the private sector banking space forcing the pace. Given the overload of bad loans with public sector banks, they are barely able to expand their balance-sheets, but well-capitalised private banks are hitting the accelerator.

The other day, Kotak Mahindra Bank’s executive vice-chairman and managing director, Uday Kotak, predicted that the dominance of public sector banks is ending. A business newspaper quoted him as saying: “on a delta basis, the entire growth in loans is happening as private sector banks are growing significantly. In the next five years, the 70:30 ratio (in favour of public sector banks) will move towards 50:50”. He added, for good measure: “we are seeing a fundamental, sustainable change… in general, I do believe we should be seeing fewer state-owned banks”.

His forecast seems plausible. Of the 21 public sector banks, 11 banks are in the Reserve Bank of India’s “prompt corrective action” category, which means the ICU. They are barred from expanding their balance-sheets without a significant improvement in their bad loans position. The bigger public sector banks are already in fresh trouble, thanks to the unveiling of the Nirav Modi fraud in Punjab National Bank, which has eroded its market capitalisation. From its October high of Rs 213.60, the bank’s stock has crashed more than 55 per cent.

Other banks, spooked by other frauds and bad loans, have also seen an erosion in profits and market valuation, making it more difficult for them to raise capital. In the current atmosphere of fear of fraud and a high pile-up of bad debts, no public sector bank is likely to take big risks in lending more to borrowers outside the retail sector.

Meanwhile, large chunks of their existing businesses – from payments to small sector loans – are shifting to aggressive new digital banks like Paytm and Airtel Money, not to speak of small finance banks. The big private banks like Kotak, HDFC Bank, ICICI Bank, IndusInd and Yes Bank are the ones to watch. New universal banks like Bandhan Bank are bringing in hybrid business models where they raise liabilities (deposits) in urban centres and lend to small borrowers at high margins. Public sector banks are squeezed at both ends – assets and liabilities. So, Kotak’s prediction is not far off the mark.

When it comes to banks, the process of liberalisation began in the 1990s, when the first private banks were licensed. But it was only in the last four or five years that the field was really thrown open to all comers, with licences being showered like confetti on payment and small finance banks, not to speak of e-wallets. This intensification of competition is likely to speed up consolidation not only in the public sector banking space, but also in the private sector. Small, old generation private banks like Federal Bank, Karur Vysya Bank, Karnataka Bank, Catholic Syrian Bank, Lakshmi Vilas Bank – to name just a few – will face pressures from the big boys to sell out or narrow down their focus to small regions or niches.

As far as the public sector is concerned, the rise of muscular private players will force its hand. It will have to reduce the number of public sector banks either through mergers or by downsizing in the coming one or two years. India does not need 21 government banks; seven or eight should be more than enough. While Kotak has talked of a 50:50 split in market share over five years, one should not be surprised if this figure slips to 40:60 and finally to 30:70 some 10 years down the line.

A smaller public sector banking industry will be leaner and meaner. Only these types can survive.