Why Government Is Failing With Privatisation Of Air India: A Half-Hearted Salesman Can Never Succeed 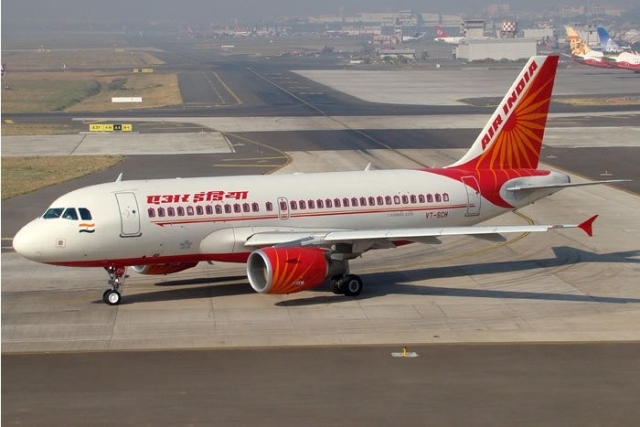 After the first effort to privatise Air India fell flat on its face last month, other more bankrupt ideas – like listing it on the stock exchanges – are being thought about. The people floating these ideas don’t seem to have considered this point: who will buy shares in a loss-making company with negative net worth? Unless the plan is to force Life Insurance Corporation (LIC) to buy it.

Okay, the debt – or a substantial part of it – may be taken off the books of the airline before an initial public offering (IPO), but then how does this improve the situation? Will anyone in his right mind think Air India is now going to be run efficiently by retail investors? Or will the taxpayer benefit even one bit when the debt comes back to him?

The main problem when governments think of listing a company, or even privatising it, is this: they have no clear goals on what they hope to achieve through the manoeuvre.

When it comes to divesting upto 49 per cent in any government-owned company, we know from recent experience that it achieves little: the public-sector character of the listed company does not change; the induction of minority shareholders that was theoretically supposed to bring in better governance does not happen. Consider how badly listed public sector banks are faring despite this alleged greater accountability. The only purpose of listing a public sector company is to raise money for the government’s coffers.

If we want to privatise, list, or otherwise professionalise Air India or any public sector company, government must first be clear about its objectives before leaping into the dark with hare-brained ideas.

Is the idea only about raising money for the exchequer? If yes, accept it and don’t talk nonsense by claiming governance will improve.

Is the idea about reducing future losses in a competitive industry like, say, aviation or telecom or banking? In this case, what price you get from listing or privatisation does not matter, though one should obviously try to get the best price for assets.

Is the idea simply that government should not be in business? In this case, the government should get out of every business that it does not think is strategic. It must then get legislation passed to enable this, and then seek the best market-determined price for its assets. It should preferably use the proceeds to pay down government debt or build a sovereign wealth fund with well-defined objectives.

On the other hand, there ought to be well-defined reasons why a government wants to retain a sizeable public sector. In banks, it could be to enable financial inclusion, or to offer a counter-weight to greedy private bankers. In airlines, it could be to serve remote areas where airlines can’t be profitable. In both cases, well-defined reverse-bidding for subsidies from government for the extension of services to unprofitable areas can possibly do the job. In any case, having a reasonable public sector presence may ensure that private banks don’t cartelise and push subsidy bids too high.

In the case of Air India, no public purpose is served by keeping the airline in government hands. Even if it were profitable, it does not make sense, for today low-cost airlines have made airfares affordable to larger sections of the population, sometimes even taking away the upper end of rail passengers.

In fact, profitable public sector companies should be offloaded faster, for you may get a better price for them, and leaving them in government hands may endanger their future. Consider what price the government could have got for Air India if it had been privatised 10 years ago. Ditto for Bharat Sanchar Nigam Limited (BSNL) or Mahanagar Telephone Nigam Limited (MTNL). During United Progressive Alliance (UPA)-1, there were plans to list BSNL at valuations of around $10 billion; but today BSNL would be lucky to get a fourth of the valuation. Reason: with 111 million subscribers as at the end of March 2018, its customer base is roughly half that of Idea with 211 million. And Idea’s market capitalisation is just around Rs 27,000 crore.

Profitable public sector companies are an open invitation to bad policy-making and moral hazard. Consider how the UPA ran the profitable oil sector into the ground in order to subsidise petro-products. This could never have happened if the Atal Behari Vajpayee government had succeeded in privatising Bharat Petroleum Corporation Limited (BPCL) and Hindustan Petroleum Corporation Limited (HPCL), when public interest litigants managed to stymie the idea. The net result of UPA’s misuse of profitable public sector oil companies to subsidise diesel, LPG and kerosene was that the private players – Reliance and Essar – were left alone to supply their products to the export markets, allowing them to remain profitable while the public sector marketing companies were left to bleed.

Having profitable companies in the public sector only gives politicians more money to play around with; their profits help fund populism.

There is also another moral hazard in having profitable companies owned by the government: private sector rivals can use bribery and covert deals with the politicians in control of these companies to stunt their growth and kill competition. Whether it is Air India or BSNL, private competitors have a vested interest in preventing them from competing with them, and they can get this done by bribing politicians to delay or destroy the public sector’s competitive instincts.

So, the Narendra Modi government should be clear why it is trying to privatise or list Air India: the idea should be to get the government out of the airline business, and reduce future liabilities for the exchequer. Also, ideologically, since the government also appoints airline regulators, it should not be competing in the same space.

Here are ways it can do so:

One, it can do a reverse auction of Air India as a complete bundle, with landing slots, ground handling services, and properties as part of the deal. In a reverse auction, the bidders will bid for how much of the debt they will take on to buy Air India, with the one willing to take the highest share debt getting the airline. Trying to artificially decide how much debt should be loaded on to Air India while privatising it will mean babus and valuation theorists will be deciding the price – and it could be the wrong price.

Two, another way to arrive at the same destination is to sell the airline’s assets – the planes, the airline’s landing slots, its land and buildings, its ground handling unit – in bits and pieces, leaving out the debt. The net price received for these parts can be set off against the debt, and the balance debt shifted to the government’s books. Staff not being absorbed by other airlines can be given long-term pensions or lump sum payments for being rendered jobless. Put simply, the assets would be privatised, and the net liabilities nationalised.

There is no option but to sell Air India at a price determined by the market. Babus and valuation experts trying to find the right price will fail, especially when they try and load too much debt or keep some equity back with the government, as was attempted the last time.

No half-hearted salesman can ever succeed.