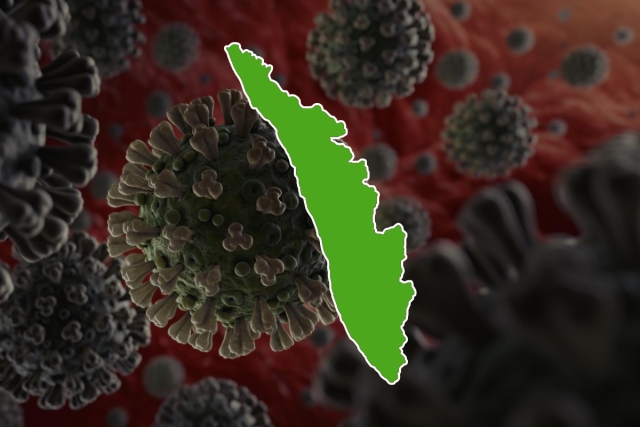 The residents of Kasaragod in Kerala are distraught.

No new cases were reported from Kasaragod, declared news reports quoting Kerala Chief Minister Pinarayi Vijayan on Wednesday. How did this happen, you ask? Karnataka government’s media bulletin has the answer to this question.

“Out of 41 cases detected and confirmed in Karnataka so far 6 cases are transit passengers of Kerala who have landed in airports and being treated in Karnataka,” it reads.

Of the list of patients released that day, patient 34, 39, 40, 41 were from Kasaragod. News reports released the same day revealed how Kerala was among the top two affected by Covid-19 in the country, and Kasaragod its worst affected district.

While many media houses were happily lapping up the “Rs 20,000 crore relief package” announced by the Chief Minister of Kerala for managing the fallout of the Coronavirus outbreak, Kasaragod was turning into a cause of worry for Karnataka.

This led to the Dakshina Kannada district sealing its borders.

District Commissioner Sindhu B Rupesh had ordered for the borders to be sealed on 21 March itself, when the first six cases of Covid-19 were reported in Kasaragod. The news of the patient who had refused to divulge his travel history having visited Mangalore had created much outrage in Karnataka.

As more and more patients, initially marked as Covid-19 cases from Dakshina Kannada, turned to be residents of Kasaragod, Member of Parliament (MP) Nalin Kumar Kateel made sure a complete ban on entry of vehicles including ambulances from across the state border was imposed by the district administration.

This step was taken in light of the entry of a large number of patients from Kasaragod leading to crowding of hospitals here, the MP was quoted as saying.

Of the 17 roads until then, 16 had been closed and one at Talapady, which enters Mangaluru through Talapady, was kept open for emergency and essential goods. But this too has been shut leaving people in the border district distraught.

Citizens of Kasaragod who identify themselves as ‘Gadinada Kannadigaru’ (border land Kannadigas) expressed their helplessness saying they neither have the sympathies of the Kerala government nor can now access the neighbouring Karnataka.

The district Bharatiya Janata Party (BJP) unit met MP Kateel requesting him to reconsider the decision to shut the borders as the order would be inconveniencing a lot of people who are dependent on Mangalore and other towns of Dakshina Kannada for medical emergencies.

This dire situation highlights the plight of this district of the country’s most literate state which has been meted step motherly treatment by the successive governments of the state for the longest time. One visit to the district’s main roads and the central areas will make one wonder if this statement is a farce for it is home to the biggest and grandest of jewellery marts and malls.

But sadly that’s about it. Be it for education, health, or employment, the district is predominantly dependent on neighbouring Dakshina Kannada.

This also explains the location of most hospitals, especially the private and super specialty ones that have come up in the last decade, higher education institutions at the entry points to the Karnataka district.

The sealing of borders has left people struggling to procure even the basic medicines, say locals.

“We have difficulty in procuring certain medicines here as they are not available. Those on regular dialysis are also experiencing difficulties as neither can we go to the hospitals in Mangalore nor are there facilities here,” said a Kasaragod resident, who travels to work each day to Mangalore.

Those who are still travelling to Mangalore on work and volunteers of different organisations are being handed lists of medicines.

The educated population of this border town has to either migrate to the neighbouring district or the Gulf countries (which is a pan-state reality). But none of the international remittances have resulted in any infrastructural development here leaving it handicapped for decades.

“An ambulance driver who was ferrying a pregnant lady had to return to Kasaragod as the district officials didn’t permit his entry into the city. Another ferrying a body was stopped at the border, the body of the person physically taken across the border and then in another vehicle transported to Kasaragod. This is how dependent we as a district are on Dakshina Kannada,” explained another resident of a bordering village.

The district hospital, which is currently hosting the Covid-19 patients, has had to send the test samples to Kozhikode which is a good 200 kilometres away.

“It has been two-three days since we have sought lab facilities to be provided in our district as dispatching samples to and awaiting reports from a distant Kozhikode simply delays the whole process. I have also written to the state government to utilise the resources and facilities available at the Central University of Kerala here in Periya, and to turn it into a testing centre. But we haven’t heard anything in this regard,” said advocate K Shrikanth, president of BJP’s Kasargod district unit.

“What we are facing today is the result of the neglect that we have been meted out for decades. The entire district is paralysed with the sealing of the borders as almost for all our key needs we were dependent on Dakshina Kannada. This is a severe failure of the state government which is boasting about the funds most of which is the Centre’s contribution,” he added.

The numbers in Kerala have risen to 130 with 19 new cases reported today (27 March) of which three are in Kasaragod. While five out of the six cases registered as those of Dakshina Kannada are residents of Kasaragod.