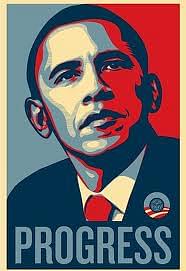 As all of you must know by now (unless you are a hermit living in cave, in which case how are you accessing the blog?) , Obama was able to fend off challenge by Romney, in a keenly contested election.

Publicly, the Republican establishment including Romney Campaign professed shock at the  result, however  came as a shock to almost all the conservatives including Romney campaign itself, this public display of awestruck surprise may or may not be the reality, only time will tell (or may be not).

Considering the adage (coined by yours sachly) that as opposed to success, which has many fathers, failure is always neighbor’s love child, the loss has already kick-started airing of grievances within Republican/conservative establishment.

Most of the post election analysis suffers from the usual flaw of the punditry, a haste to push preconceived viewpoint embellished with plausible yet ultimately mistaken arguments at the cost of  analysis based on fuller picture, which is why it is important to wait for complete set of data before hastily jumping to conclusions, which is why even though I will discuss the implication of the some of the explanations, I will not offer any explanation of my own for what happened.

Before proceeding however, I will like to note that there were serious misgivings about Romney within conservative establishment even during primaries because of the fact he was susceptible to class warfare and he couldn’t attack Obama on Obamacare (Romneycare, his healthcare legislation in Massachusetts, being a precursor to Obamacare).

I will emphasize again, above was not by way of explanation (in absence of data there is no way to verify), but something which was left out from the previous post.

Coming to the implication of Obama victory, I outlined in the previous post, conservatives miss on the chance to affect a generation shift in the judiciary, which is a serious setback to the conservative movement. On the legislative side, Obama victory means that the already slim opportunity to roll back has slipped for now, and as Obamacare comes into affect permanently transforming the system, perhaps forever.

One silver lining for conservatives is that they have managed to retain control of House Of Representatives, which gives them some leverage against democratic agenda.

This, unfortunately, is the only silver lining for them. In short term, establishment media will bear tremendous pressure on them to compromise with President, compromise here an euphemism for capitulation to democratic agenda. If they choose to resist, they will surely be painted as “obstructionist” and “do-nothings”, which is bound to make Republicans even more disliked. On the other hand if they choose to acquiesce, that will set conservatism back for at-least a generation if not permanently.

Forecast for long term is not very favorable for conservatives either, one of the reasons that conservatives got the verdict so wrong was their assumption that Democrats will not be able to turn voters out to the levels of 2008, the fact they did, may point to a long term re-alignment in American Politics. The other assumption that they made was all that Romney needed to win was to win the independents, the fact that he lost despite winning the independents, may be an indicator of the adverse demographic changes which may transform US polity with its distinctive characteristics to that resembling Europe, thus causing demise of conservatism.

This however doesn’t mean it is necessarily smooth sailing for democrats. The biggest challenge for them is well reality. Aided by establishment media they were able to blame economic mess solely on the previous occupant of the White House, George W Bush. This time around, however, they own the economy, which means they will have to handle it. Yet, it is not clear how they propose to do it. While strictly speaking American economy is not in recession, its recovery is weakest in the post WW II era, that accompanied with the fact that Europe remains precarious, slowdown in China, and the coming entitlement crisis in view of baby boomers retirement  and decline in birth rate which will stress and test blue social model will may make Democrats wish they hadn’t won the elections.