Another Year, Another National Award For Isai Gnani 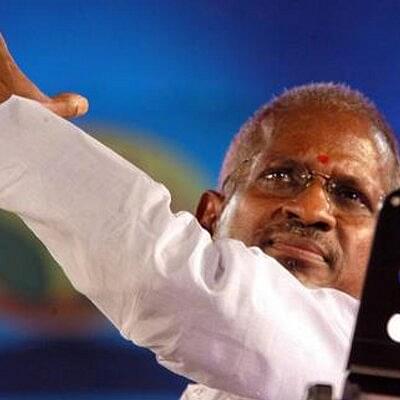 For those who have existed in the universe in which Ilayaraja lives and breathes, the National Award to him for ‘Best Background Music’ will come as no surprise. How does one manage to work up any excitement over this? Ilayaraja has set the bar so high with his film music scores that this award bears the same significance as handing the Swarna Kamal to Dadasaheb Phalke.

The National Award for Best Background Music started only in 2009. The category was created to recognize the work done by musicians outside the customary Best Music Director category. It helped look beyond and honour any effort outside the song routines that added to a film’s voice. The  first recipient of the award was Ilayaraja (for the Malayalam film Pazhassi Raja). It honoured a legend who had redefined film scores, and for eons had enthralled moviegoers with music that elevated dull films into watchable ones and good ones into classics.

For years, he has been revered, celebrated and deified not just by his fans, but by people from within his profession too who could spot a gift in him that was beyond their world. For years, his background scores have offered an invisible blessing; a blessing that has added missed subtexts, surfaced emotions, resuscitated stillborn directors and added to the notion of films as an out of the world experience.

It took a new category in the National Awards (and director Balki’s stubborn attempts to bring him into Bollywood territory) to bring his artistry and genius to the nation’s attention. It’s somewhat like a light reaching us years after a celestial event.

It’s true that music is an universal language, but comparing Ilayaraja’s work on background scores with international original soundtracks is pointless. While they serve the same purpose in a film, what llayaraja does to films can only be measured in an Indian context, structure and with Indian sensibility.

For a film that captures the struggles of Tamil folks artists (part pariah, part dispossessed), the music had to be authentic, evocative and unadulterated. Tharai Thappattai had to bring to life a period of Tamil folk art form that goes back a millennium. It meant instruments that weren’t born then could not be used.

Any other director stripped down to a Thappu (an ancient skin percussion device) and Nadaswaram would have lamented the short runway, but Bala gave centrestage to a wizard who transformed the perceived monotony of a folk base into an electric force that lit up the film with an emotional charge.

Hymns (the of ‘Paaruruvaaya’ from Thiruvacakam to invoke a dedication to the lord) and chants were organically planted in a story to reveal a deeper, more satisfying layer.
Bala is one of those handful of Tamil directors (in a list that includes, J Mahendran, Balu Mahendara and Mani Ratnam) who are able to tap into this unfathomable reservoir.


Hemanth Kumar is a chronic movie-addict who has never attempted to rid his affliction. His rants about Tamil movies can be found at pesumpadam.com.
Get Swarajya in your inbox everyday. Subscribe here.
Tags: