At Another Time, In Another Place, A Community Was Similarly Targeted For Its Festivals 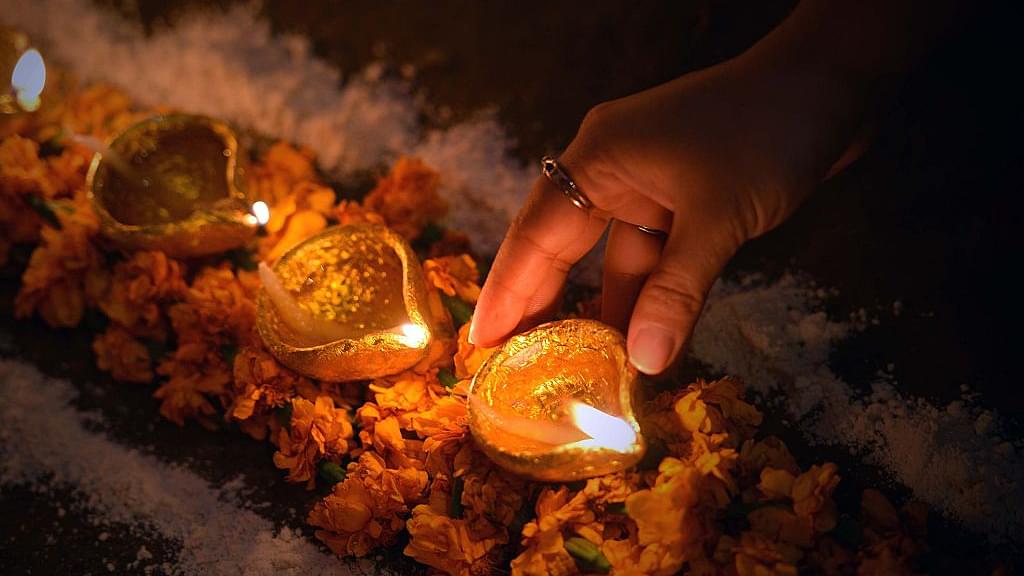 Deepavali comes and also comes with it voices of ‘concern for the environment’ from a section of media and intellectuals. Suddenly Hindus are made to feel that the way they have been celebrating Deepavali for generations is actually a grave sin. 'Do not use crackers' is the bottom line as crackers have become the defining character of this festival of light in India.

This strange campaign is done to remove as much as possible from the public celebration of a Hindu festival. However, this is not the first time that such an agenda is afoot. Shaming Hindus to abandon the public exhibition of their festivals has been done in a sustained and systematic way from the colonial period.

And it goes on today. There have been protests against fireworks during Deepavali. Bans have been effected on Jalli Kattu during Pongal (Makara Sankranthi) in Tamil Nadu. Overt Hindu practices like fire-walking and hook-swinging have been decried constantly as barbaric and every year petitions are filed to stop them. Come Durga Puja or Navratri, outdated racist interpretations based on pseudo-scientific theses get peddled in a section of media.

Of late this has almost become a media ritual. Any popular Hindu festival is targeted along with its public manifestation. Either the festival is demeaned or its public exhibition is curtailed or both.

Not the first time in the history of the world

At another time in the past, in another place, a community was similarly targeted for celebrating its festivals.

David Baile, Professor of Jewish History at the University of California, traces how political antisemitism and animal right concerns colluded to create a discourse against Jewish culture:

The attacks on Jewish ritual slaughter originated in animal rights campaigns starting in the 1850s that had little to do with the Jews. It was only with the rise of political antisemitism in the 1880s that humane slaughter activists turned their wrath on the Jews or, more commonly, that antisemites exploited the new language of animal rights to attack Jewish practices. (‘Blood and discourses of Nazi Antisemitism’ in ‘Varieties of Antisemitism: History, Ideology, Discourse‘, 2009)

The campaign was effective. Switzerland banned the Jewish ritual in 1893, Norway and Bavaria followed suit in 1930 and in 1933 even before the Nazi ascendancy, entire Germany banned the Jewish ritual. It was in Poland, with the largest Jewish population, that the campaign became fierce. Top ranking Catholic clergyman Monsignor Stanislaw Trzeciak claimed that the ritual was not required by Mosaic Law.

The Catholic Church was arrogantly arrogating to itself the control of the religious narrative and authority over the cultural life of another religion. Rev. Trzeciak declared that the ritual was not only a 'concoction' of the rabbis but that it was 'a relic of eastern barbarism from the dark ages'. The Catholic Church suddenly exuded a new found mercy for the animals. The official organ of the Archdiocese of Warsaw called for action to end 'the barbarism properly described as the ritual murder of animals'. Prof. Ronald Modras, in his in-depth study ('The Catholic Church and Antisemitism', 2005) points out that the Church-catalyzed campaign also had the economic aim of removing Jews from meat industry.

In India the cracker-less Deepavali campaign coincides with the aggressive expansion of the market by Chinese cracker industry. Maybe a destruction of domestic market for Indian cracker industry can eliminate for the Chinese a potential competitor in the international cracker market.

Regardless, it is time Hindu scholars, like their Jewish counterparts, start studying academically these hate campaigns against their festivals and cultural practices the same way anti-Semitic propaganda had been studied and documented. Perhaps time has come for Hindu academics to run a peer-reviewed journal on anti-Hindu hatred and study the tactics as well as psychology of these hate-peddlers: a journal of anti-Hinduism or to borrow Rajiv Malhotra’s terminology, a ‘Journal of Hinduphobia in media, academia and social campaigns’.

Crackers have emission standards and decibel controls. If the norms are not followed then the problem lies elsewhere. Hindus need to understand the anti-Pagan hatred that animates the new-found ecological concerns. The string-pullers behind the campaign for cracker-less Deepavali do not really love birds and animal rights.