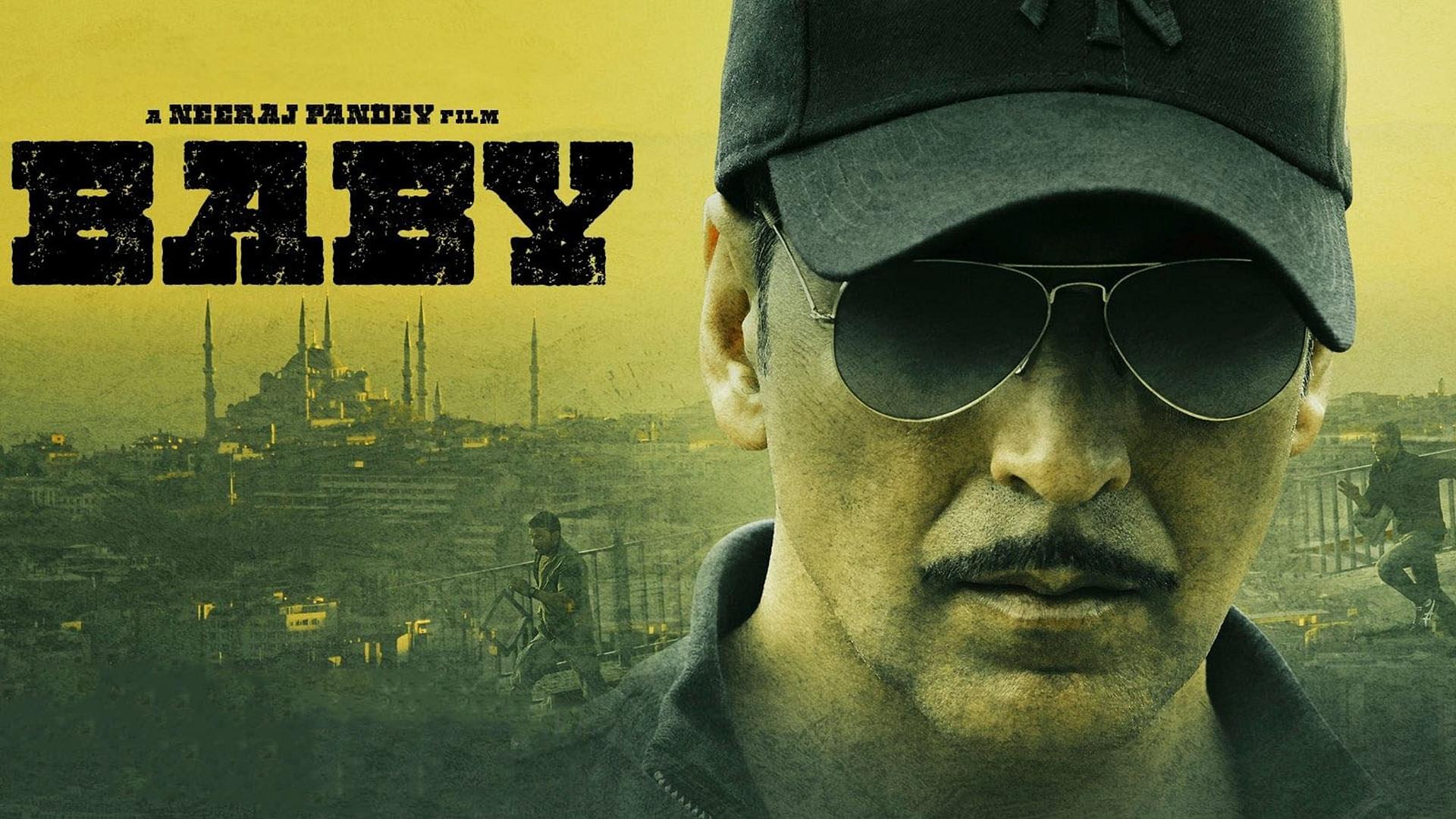 The terrific Neeraj is back with Baby, an intelligent diatribe against terrorism, refreshingly packaged as a racy thriller.

In the last decade we have witnessed some slick, thought-provoking movies coming out of Bollywood. If I have to pick one movie, in last one decade, Neearaj Pandey’s directorial debut ‘A Wednesday’, features on top. It was a sheer dynamite. Neeraj Pandey followed up with ‘Special 26′, which received widespread appreciation from audience and critics alike. But I always believed, movies like ‘A Wednesday’ are not made but happen.

The terrific Neeraj is back with Baby, an intelligent diatribe against terrorism, refreshingly packaged as a racy thriller. It has repeated references to terrorism which seems to have become the pet theme today. What makes Baby more serious is that it presents the story as a reflection of reality, and not just as a piece of fiction. There are umpteen references to 26/11, the killing of Osama Bin Laden in Abbottabad, and to other actual figures and incidents that have made the headlines in recent times. The film itself starts with a narration from Dany Dengzongpa, who tells us that BABY is the name of a special operation wing of anti-terror squad commandoes.

The movie is steeped in realism; the makers have done a lot of research on counter terrorist units, terrorist groups and all the material that has gone into writing this script. As the film unfolds, you realize the writers have taken a lot of pain to flesh out an authentic screenplay. The viewers are given detailed information about each and every step taken by Ajay (played by Akshay Kumar) and his team in their covert operation. There is no ‘how did that happen?’ moment for the viewers.

The editing of the movie is so fine that there is not a single scene which seems forcefully inserted. BABY holds your attention from the first frame and does not offer a dull moment throughout its 160 minutes duration. Even the scenes that feature Ajay and his wife (a refreshing Madhurima Tuli) are poignant and contribute towards the emotional quotient of the film. One dialogue you sure would carry with you is ‘Marna Mat‘ (Don’t die). The only song in the film ‘Main Tujhse Pyaar Nahin Karti’ has been placed so appropriately and is heard only for a minute. Another song, ‘Beparwah’ is thankfully played during the end credits. The dry humor sprinkled in between the tense mood of the film acts as a breather. Anupam Kher’s subtly entertaining character reminds one of the character he played in ‘Special 26.’

The scenic locations of Nepal, Istanbul and The Gulf (portion of Saudi looked to me as Abu Dhabi) are very well and appropriately picked. The actions are raw and believable and are very well executed. Akshay Kumar’s got his usual cocksure swagger, his impressive athletic prowess but he manages to restrain himself during the dramatic beats. He even hurls a few one-liners in hilariously passive ways. This is Akshay’s most credible performance in a long time, and reminds us the actor he can be if the director is interested in his acting. Even though the film is engulfed in jingoism, it is far from being preachy.

The film is as simplistic as its title. Its plainly ‘Us vs Them’ and no prizes for guessing who is who. The movie centers around terrorism and gives a profound take on the army men and on those who lay their lives for the nation. We are given a luxuriously-bearded, India-bashing, hate-spewing Mullah Maulana Mohammad (played by Pakistani actor Rasheed Naz), modeled on the real-life Hafiz Saeed whose eyeballs have flames in them, and a crowd of followers who look as if they are ready for ‘jihad’. They raise blood-curdling slogans, and talk nasty about `India’. The retaliatory measures undertaken by team BABY are justified right in the beginning. Can’t have hate-spewing terrorists who hide out in countries-ringed-by-deserts-and-sand-dunes threatening our sovereign nation, can we? That’s where Neeraj scores the point. The clarity.

A central minister’s smug personal secretary unthinkingly belittles the sacrifices of India’s brave spies. As his boss looks on, the undercover agent Ajay who revels in playing with danger, gets up from his seat, walks up to the door, shuts it, walks back to the impertinent official and slaps him. The act sums up this film’s firm belief that the ‘heroism’ of the violent ‘patriot’ is not to be trifled with. Early in the film, the unstoppable spy hisses: “I can do anything.” A frame later, the terror mastermind declares: “India cannot do anything”. The point that BABY seems to make is that it isn’t just trained, killing machines, but also the nation as a whole, that can, and should, do ‘anything’. Collateral damage be damned.

But even as our man Ajay Singh Rajput sends Taufiq, Bilal and Javed in the movie scurrying for cover, there is that token patriotic Indian Muslim hovering in the background, the hero’s unwavering superior, Feroz Ali Khan (Daany Dengzongpa) who calls the shots from Delhi. And there is, for good measure, a regretful Muslim, too. A young engineer, after a stint in a terrorist training camp, has a change of heart and decides to help the cause of the undercover agents.

There are a couple of places in the film where Neeraj enjoys creative liberties. The way Bilal Khan escapes from the clutches of the police comes across as very convenient. There is no traffic on the road and no additional policemen arrive on the scene even as cross firings take place between the members of the terrorist group and the police. Again the ease with which Priya (Tapsee Pannu) wins Wasim’s confidence is not too convincing either. Apart from a couple of such scenes, it’s hard to find fault with this engaging thriller.

The highpoint of the film is the flawless direction and the class act by Akshay Kumar’s riveting performance as the no-nonsense cop who gets down to business with precision. Rasheed Naz is menacing as Maulana. Add to this some finely nuanced acts by Anupam Kher, Dany Dengzongpa, Kay Kay Menon and Tapsee Pannu and you have a topical, gritty, edge-of-the-seat stuff drama.Don’t miss it.