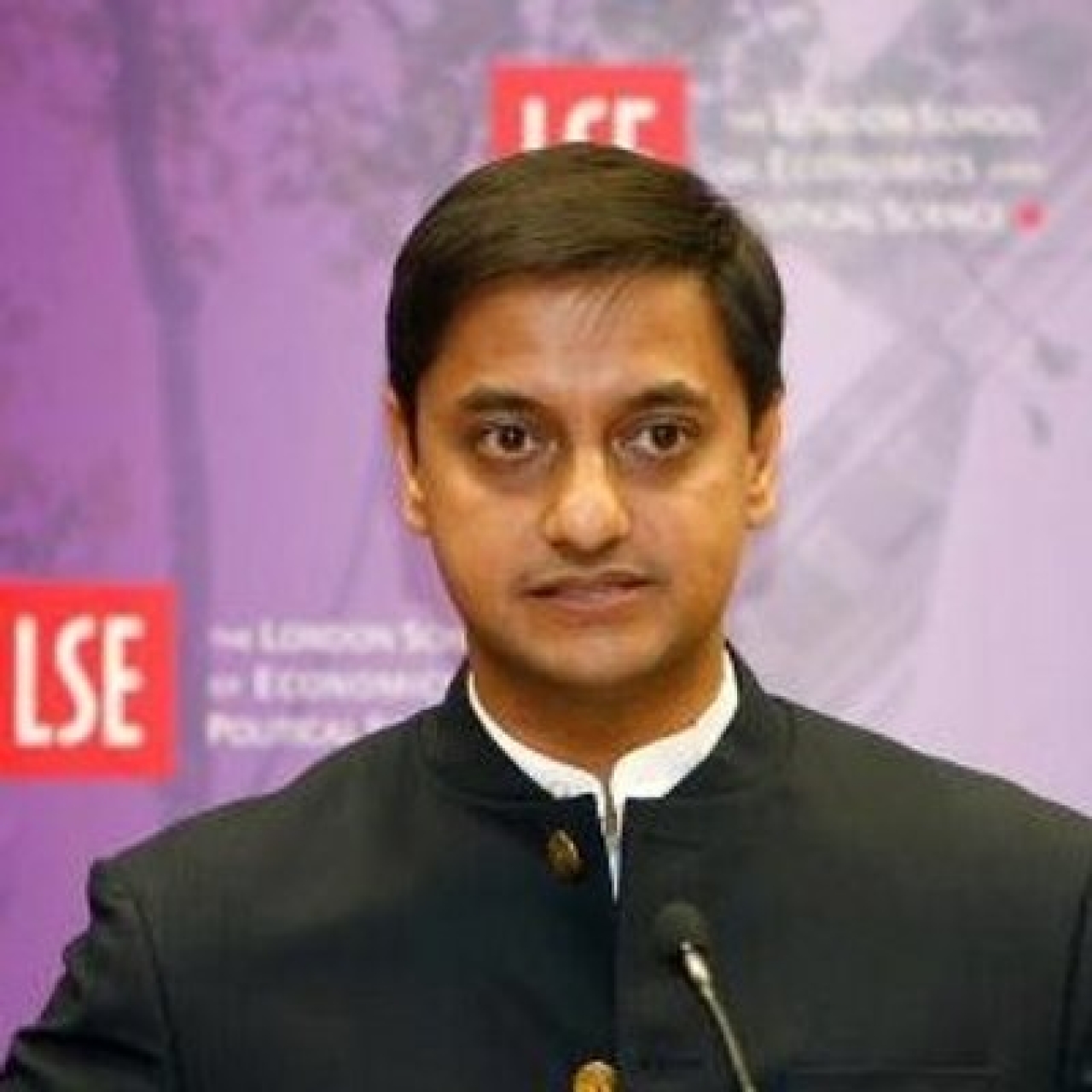 For the young adult interested in getting a short overview of our nation’s history, this is perhaps a near-ideal book

‘The Incredible History of India’s Geography’, by Sanjeev Sanyal

History books come in many flavours. There are the dry tomes that are read by few, yet quoted by many. There are the popular histories – the “pulpy” versions that are written by high-brow intellectuals who dress themselves as socialists yet work their connections at prestigious B-schools to get the sales that deliver impressive royalties. There are however a few notable exceptions here – like the books written by Michel Danino for instance (and Sanjeev Sanyal’s “The Land of the Seven Rivers”, but more on that later). Then there are the so-called histories written for children – the worst of the lot because not only do they dumb down history to the point of rendering it useless from both an educational and informational perspective, but they also commit the unpardonable sin of perpetuating discredited myths and vile lies about India and her history. The Aryan Invasion myth being the most favoured among them.

“.. it [a study of history] makes us aware of how different people have been in other ages and accordingly enlarges our awareness of the possibilities of human experience, and at the same time it impresses upon us those tendencies in human beings which have not changed and which accordingly are unlikely to, at least in the immediate future. Viewed from a slightly different vantage point, an understanding of the history of our own culture gives some inkling of the categories of possibilities within which for the time being we are born to live.”

So when I got the opportunity to read and review Sanjeev Sanyal’s latest book, “The Incredible History of India’s Geography” – which is described as an “adaptation” of his 2013 bestseller, “Land of the Seven Rivers: A Brief History of India’s Geography” and targeted at a young audience, I jumped at the chance. I had read and reviewed “Land of the Seven Rivers” and found it to be an outstanding and welcome addition to the small but growing list of books that attempt to present Indian history, stripped of ideological blinkers that have marked the works of Communist historiographers in India for decades, and more importantly – in an easy-to-read, accessible manner.

The book is sweeping in its scope – starting with the continental drift that started to occur almost a billion years ago! The Ice Age and the rise and fall in sea levels is also covered as a prelude to the main content in the book. This is important because it helps explain the commonalities in the culture between India and the Persians on the one hand, and certain geological phenomena that would appear incongruous otherwise – like the presence of marine fossils high up in the Himalayan Range. It also helps drive the point that even geographies are ever-changing, albeit on a scale that is much, much slower than history.

The meat of the book, if I may say so as a vegetarian, begins with the development of the largest and one of the oldest civilizations the world has known – the Indus Valley Harappan civilization. It is this chapter that children may well find the most rewarding, as it gently guides the reader through the myriad aspects of not only the Harappans, but also wades into the Rig Veda, the Saraswati River, the controversies surrounding the two, and how the two are in turn intertwined with the Harappan Civilization, and therefore with the most pernicious of myths about Indian civilization – the Aryan Invasion myth. The preponderance of evidence suggests that the Harappans and Rig Vedic Aryans are one and the same. With the Rig Veda possibly being composed as early as 2600 BCE, the Aryan Invasion myth has to be consigned to the dustbins of history – the sooner the better.

Sanjeev thus proceeds, tracing mostly a linear path along a chronological axis – the Mauryans, Guptas, the trade routes that existed during the times, splicing these topics with his personal interest in cartography (I have heard he is an avid collector of maps!), the invasions from Central Asia to the entry of Europeans and the rise of the British Empire, and beyond. I do believe the material on the Cholas and the South is a bit sparse, but there is Sanjeev’s next book to look forward to, which is rumoured to be on the Cholas!

Just as the book tries to gently nudge the reader towards forming conclusions about the Aryan Invasion myth on the weight of evidence, it also tries to gently – and I use the word “gently” deliberately for I think he is sometimes too “gentle” in his selection of words – provide a corrective to several myths that have acquired the status of undisputed fact over the years. For example, did you know that when “Alexander entered into an alliance with the king of Taxila, the Brahmins of the city opposed this. Historical accounts say that Alexander had several of them hanged to death.” What is still a mystery is why Alexander and his victorious army, on the threshold of its most famous battle, with perhaps the largest army it would have ever faced – that of the Magadhan empire, and certainly the richest booty in the known world awaiting it were it to emerge victorious, would turn tail, take the wrong route back home – and so wrong a route as to arouse suspicions that it didn’t turn but ran for its life – and arrive in Babylon broken, paupered, and bitter. Alexander would die, possibly poisoned, “his young son murdered,” and “his empire divided up amongst his generals.” We can only speculate. In any case, the so-called myth of Alexander the “Great” needs to be corrected, perpetuated as it has been over the centuries by Western mythologists and historians.

As I said, the book takes the reader all the way to modern times, including Independence and Partition, and the wars of 1962 and 1971. Writing about the end of the Sino-Indian war of 1962, Sanjeev writes, “Then, just as suddenly as they had come, the  Chinese decided that they were going back to where things were before the war. We still don’t know why they came and why they left!” While yes – we do not know for sure why they left we do have enough hints to take from the other geopolitical crisis that unfolded at that very precise moment in history – the Cuban Missile Crisis.

The US Government announced the end of its military blockade of Cuba on November 20, 1962, marking the final and closing chapter in the crisis. The Chinese Premier Zhou Enlai declared a “unilateral ceasefire to start on midnight November 21, 1962“, thus bringing to an end the Indo-China war of 1962! Coincidence? Perhaps not. Given the end of the Cuban missile crisis, both the Soviet Union and the United States would have time to turn their attention to the Chinese invasion of India. Before that could happen, however, the Chinese withdrew completely, having accomplished their objective of inflicting a crushing military defeat on India, and more importantly, scarring the nation’s psyche for decades to come. Indians remember the humiliation of 1962 more intensely than they do the victory of 1971.

Apart from a retelling of the nation’s fascinating history, the book also seeks to dispel the myth that Indians have not had a “sense of history.” A fascinating counter argument to this myth is the story of the Sudarshana reservoir and the inscriptions that record its restoration – with an Ashokan inscription, a Sakan inscription more than three centuries later, and a third inscription during the Gupta dynasty – over a period of almost a thousand years! Or that the Mauryan pillar in Allahabad “has inscriptions by three of India’s most powerful emperors – Ashoka, Samudragupta, and Jehangir – a continuity across eighteen centuries!“

For the young adult interested in getting a short overview of our nation’s history, then this is perhaps a near-ideal book. I personally would have preferred even more illustrations, in addition to the wonderful ones already there. Perhaps this book itself will spawn more editions, illustrated versions? What in addition to this book? Like on the Harappan Civialization? Michel Danino’s “Lost River: On The Trail of the Sarasvati” is a brilliant work that I cannot recommend enough. What after this book? I would say “Land of the Seven Rivers” would be the most obvious choice.

Children and young adults should seriously consider adding “The Incredible History of India’s Geography” to their list of summer reading. It is time well-spent.

Disclosure: I received a complimentary copy of the book from the publisher.