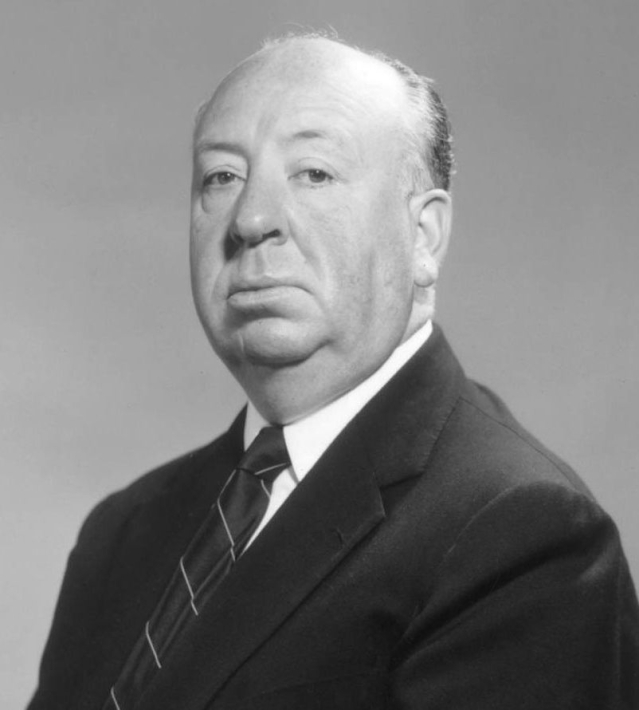 On May 16, 1961, a British engineer working in Hollywood was reading the New York Times. A rotund man in his early sixties with a sagging double chin, he spotted an odd story: “Man in Bush Wants Birds Kept in Hand.” It was about an Australian man whose suburban house had been attacked by kookaburras. These birds had “peppered hundreds of holes…with their beaks, making a noise each time ‘like someone hitting a drum,’” the article reported.

The engineer was intrigued. He liked to watch birds. To study their erratic behavior, he rented 16-millimeter films like Western Birds at Home, Birds of the Countryside, Birds of Prey, Feathered Beachcomber, Birds of the Dooryard, and Journeys on Wing. He then delved into a novelette published by Daphne du Maurier in Good Housekeeping magazine. It was about predatory birds marauding a seaside town.

He was captivated by the possibilities. Sipping his crème de menthe, and puffing on his foot-long perfecto, he started to jot down ideas on foolscap paper for his next motion picture. He called it The Birds.

The engineer was Alfred Hitchcock.

The engineering mind-set can be applied successfully in every walk of life because its core elements (structure, constraints, trade-offs) and its basic concepts (including recombination, optimization, efficiency, and prototyping) are equally effective in finding solutions to non-engineering challenges. We can see all these aspects converging clearly in the work of one of the most famous film directors of all time, who studied and had a “thorough grounding” in engineering. His early technical education had an important influence on his creations.

Alfred Hitchcock’s goal was to convert a dream into something as real as a clock’s ticktock, so his audiences would be “looking at a nightmare.” Everything for Hitchcock was rooted in technical logic, even creating a suspenseful cinematic moment—the immediacy and very essence of the experience that would be thrilling and “chilling movie audiences long before air conditioning.”

Just as a skyscraper’s stability depends on the strength of its joints, Hitchcock’s storyboarding relied on the precision of camera angles. He was a master of montage—the epitome of the modular systems approach in cinematic editing—which has been supremely influential in modern cinema. Hitchcock’s target was his viewers’ nerve endings; he wanted them to feel as though they were “dipping their toes in the cold waters of fear.”

Rear Window, with Jimmy Stewart, is a great example of Hitchcock’s modular thinking, and his operation within the notion of structure, constraints, and trade-offs. There’s “a man in one position for the whole picture,” Hitchcock once explained. “He never moves. Yet you have a close-up of Mr. Stewart. He looks, and you cut to what he sees, and you cut back to his reaction. And by the use of visual means you create ideas in his mind.”

“And to show you how flexible the medium is, let us assume that you have a close-up of Mr. Stewart. He looks, and we cut to a woman nursing a baby. Cut back to Mr. Stewart. He smiles. Now what is Mr. Stewart? He’s a benign gentleman. Take away the middle piece of film, have both the close ups – the look and the response—and insert a shot of a girl in a bikini. He looks, girl in bikini, he smiles. Now he’s a dirty old man.

Hitchcock’s later movie Psycho reconfirmed the filmmaker as the Scheherazade of suspense and showmanship. Psycho featured Hitchcock’s most inventive scene—arguably one of the most famous in motion pictures—in which a nude woman in the shower is stabbed to death. But “cinematically, there wasn’t a single shot of a knife touching [the] body anywhere,” Hitchcock said. “It was completely illusional.”

It was the magic of his scissors that catapulted Psycho to its greatness. It was a spectacular exercise in modular systems engineering. Cutting “isn’t exactly cutting. Cutting implies severing something. It really should be called assembly,” Hitchcock once explained, adding that the “assembly of pieces of film which moved in rapid succession before the eyes create an idea.” Hitchcock’s approach as a technical artist was completely different.

“You could not take the camera and just show a nude woman being stabbed to death. It had to be done impressionistically,” he explained. Hitchcock was able to create fear by mixing and matching short segments of film—seventy-eight frantic fragments of the knife, face, hands, shower, feet, water in the tub, and the dark shadow on the curtain. It was the unreal mirroring the real. The entire scene lasted about forty-five seconds.

With Psycho, “as the film went on there was less and less violence, but the tension in the mind of the viewer was increased considerably—it was transferred from film into their minds,” Hitchcock said… “Towards the end [of the movie] I had no violence at all but the audience was screaming in agony,” Hitchcock said, “thank goodness.”

…Everyone is an engineer at some point in the way we design our destinies. That’s why it’s the responsibility of not only engineers, but just about everyone, to shape the future course of engineering, which is entering an era of new eclecticism. With a shared vision we can create better solution spaces, convert random motions into progress, and improve societal muscle strength to address the complexities of today and tomorrow.

Hitchcock was a backward thinker. His final product was preordained but flexible. He valued implementation over improvisation. “I make a film entirely on paper. Not ‘write it’ but ‘make it’ on paper,” he told a magazine once, sounding much like an engineer working on a blueprint. Hitchcock “came into a picture better prepared than almost anybody I’ve ever seen,” Jimmy Stewart said in an interview for a French TV show. “He’d work on a script for five to six months with the writer and become absolutely glib and absolutely know every scene, every word of the script.”

With The Birds, as the script went, aggressive birds assaulted the small town of Bodega Bay in northern California for reasons unknown. The main actors in this movie were the birds themselves. The real birds were a raucous and expensive bunch. They required a skilled trainer. Weekly food expenses were about a thousand dollars. The birds ate about a hundred pounds of seeds each week, and twice that amount of anchovies, shrimp, and ground meat. The fake ravens were papier-mâché.

The technical issues with the movie were “prodigious,” Hitchcock said. “I mean films like Ben Hur or Cleopatra are child’s play compared to this. After all we had to train birds for every shot practically.” Hitchcock’s engineering background must have come in handy when he was applying the aerodynamic principles of gliders to simulate fake bird movements. Special wire works, miniatures, and gears were used to arrive at authentic-looking shots of the feathered actors—a Hollywood version of robotics before computers.

Hitchcock then faced the challenge of blending the separate foreground and background images of humans and birds. After exploring a number of possibilities—cobalt blue, sodium vapor, and infrared capture technologies—he eventually contracted with Walt Disney to use a photochemical yellow process in Technicolor. The outputs were splendid matte shots that could visually mass-produce the wing actions of both the real and fake birds with great synchronicity. These “special effects” would influence future smash hits like Jaws and Jurassic Park.

Then there was the question of sound design: Hitchcock was particular about a “toneless composition” that could be applied to the esoteric background sounds like the muttering of the crow or crying of the raven. “In The Birds there’s a feeling of reality. You’re really there,” notes Gary Rydstrom, a seven-time Academy Award winner. To enhance the power of context, Hitchcock used a trautonium, an electronic musical device that generates vibratos. The result was musique concrète, a collage of synthesized music that enhanced the enigmatic mood.

In one scene of The Birds that Rydstrom highlights, the birds are gathering outside the school on a jungle gym before they attack a group of children. “There’s this really ominous visual of this gathering storm, this gathering threat of these black birds. Other directors would have had ominous music, or ominous sound effects even,” Rydstrom said, but “Hitchcock has singing children so that you have this contrast between the innocence of the victims that are going to be and the visual of the threat that’s gathering onscreen. So he’s telling you two different parts to the story, and it’s much more effective.” Like any creative engineer, Hitchcock not only understood the power of that context, but also combined his tools to optimize an effective outcome.

For The Birds, Hitchcock laid out detailed specifications for sound design. He stylized real sounds to “extract a little more drama out of ordinary sounds.” The electronic sounds gave him “an extra use of dramatic device.” The trautonium enabled him to experiment with contrasting extremes. In certain scenes, the electronic silence was profoundly effective. “Of course, I’m going to take the dramatic license of not having the birds scream at all,” Hitchcock said in an interview with the French director François Truffaut. “I’m going to play the sound as though the birds are saying to this person, ‘Now we’ve got you where we want you and here we come. We don’t have to scream with triumph. We don’t have to scream with anger. This is going to be a silent murder’”. This was not merely an effective use of technology but an effective modulation of social psychology. In bridging that connection, Hitchcock was an authentic systems engineer.

Hitchcock never won an Oscar. His talent perhaps was never fully appreciated during his lifetime. “You sort of get a feeling that Hitch’s life is as well planned as his movies,” Stewart recounted in 1979 when the American Film Institute honored the director with a Lifetime Achievement Award.

“Everything is laid out in advance right down to the last details. And like most people who began in silent films, it’s the action that counts more than the words.” And naturally, Hitchcock was a man of protocols. “I usually wear a blue suit, white shirt, black socks, no jewelry of any kind, no ornamentation, not even a wrist watch,” he once said. “I think it relates to one’s tidiness of mind. I have a very tidy mind.”

In his fifty-odd movies, engineering and technology drove his stories forward, not the other way around. “Some directors film slices of life,” Hitchcock observed. “I film slices of cake.” By staying faithful to the story, he knew that he would maintain a deep bond with his audiences. If that link was weak, the results were nothing but gimmicks.