Foreign Military Bases: How India Shoots Itself On The Foot 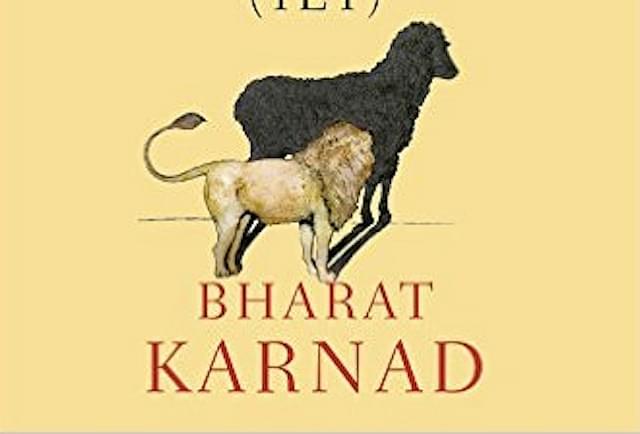 Why has Indian Navy shied away from foreign bases? Bharat Karnad reflects on this exasperating behaviour of the Indian defence establishment in this section from his book Why India Is Not a Great Power (Yet)

Why India Is Not A Great Power (Yet), Bharat Karnad, Oxford University Press, 2015

Vietnam is no brash belligerent. While prepared to fight any comer in defence of its claims and interests, it is mindful of its military weakness with respect to China, one of which is its seaward flank. Hanoi has, therefore, viewed a meaty presence particularly of out-of-area friendly naval powers, such as India, with outstanding territorial disputes of their own with China, as insurance to ward off dangers.

A Vietnamese military delegation headed by its naval chief, Vice-Admiral Ngyuyen Van Hien, visiting New Delhi in late June 2011 offered the port of Nha Trang on the South China Sea with line-of-sight on Hainan Island for the Indian Navy’s exclusive use—the only foreign navy so favoured—besides agreeing to accord docking rights to Indian naval ships in Cam Ranh Bay, 60 miles down the coast.

In October 2014, Prime Minister Nguyen Tan Dung renewed the offer, first made a year earlier, of extensive new offshore oil and gas blocks to up the Indian energy stake in the South China Sea. Indian naval ships voyage frequently between India’s eastern coast and the Andaman Command, often proceeding to the Gulf of Tonkin. Their sailings are sustained by a provisioning arrangement with Vietnam on the central coast, an Indian forward position that can seriously impair Chinese naval and strategic activity. It is an analogue of the access the Chinese navy enjoys to the Pakistani port of Gwadar, and can aggravate China’s offshore situation already roiled by the US Navy’s loitering in this area, contested, other than by Vietnam and China, by Malaysia, Philippines, and Brunei…

In the western Indian Ocean, there was a long-standing offer to India from the Mauritius government of the two-island set of the Agalegas, nearest to the Indian mainland, to anchor Indian military presence. In July 2012, the visiting Mauritius defence and trade minister Arvin Boollel for the first time publicly dangled these two islands before New Delhi in return for retaining the 1983 Double Taxation Accordance Agreement in its current form, which is beneficial to Mauritius. The agreement has long been suspected by New Delhi as a channel for laundering unaccounted Indian money as foreign investment into India.

The Indian Navy has already hydrographically surveyed the island nation’s extensive sea territories, and the strategic attractions of the islands are obvious enough. The 12.5-kilometre-long North Agalega Island has an air strip that can be lengthened and widened to take heavy lifters like C-17s and C-130Js, and to embark P-81s and fighter aircraft, and the South Agalega Island provides deep-water anchorage.

Building up these islands as military bases would enable Indian forces to sandwich any hostile Chinese naval actions out of Sri Lanka, assuming Colombo can survive being treated as ‘belligerent’ by India.

The navy’s enthusiasm for the Agalegas, however, was not reciprocated by the Manmohan Singh government, primarily because of Defence Minister A.K. Anthony’s misguided Leftist ideological view that foreign bases are ‘imperialist’ in nature. It dulled the service’s strategic ambitions. New Delhi’s interest has so far been limited to securing the Indian Ocean, providing security to Seychelles, Mauritius, the Maldives, and Sri Lanka, without any permanent foreign bases.

The navy has sought reconsideration of the Agalegas offer, arguing that it would extend air and sea surveillance area and increase manifold the sustainability of Indian naval operations and the sea-time warship groups can pull in the antipiracy mission and sea order patrols. Another self-imposed limitation that has cramped the Indian military’s interest in the Agalegas is the MEA’s attitude of approving military-related ventures only when there is no opposition in the region, or only after regional resistance is overcome by an elongated process of consensus-seeking.

With European powers in the Indian Ocean opposing Indian bases in Mauritius, New Delhi, in effect, handed a virtual veto to France and the UK with their Indian Ocean territories, centred respectively on Reunion Island, and the Chagos chain, a part of which, Diego Garcia, claimed by Mauritius, was transferred in the 1960s by the British to the United States. Prime Minister Modi signed an accord for developing defence infrastructure during his official visit in March 2015, permitting Indian military use of the Agalegas.

The telling reason why New Delhi has eschewed foreign basing is the MEA’s view, seconded by the Defence Ministry cell dealing with Planning and International Cooperation, that it is redundant. With reference to the east, it is argued, for instance, that the Nha Trang option should be held in abeyance because, with the South China Sea disputes in the international limelight and the US Navy engaged, India can free-ride without incurring any of the costs of such deployment or the risks of rubbing up against China.

The Agalegas have been neglected for similar reasons of free security being afforded by the US military ex-Diego Garcia in the southern Indian Ocean.

In the event, the Indian Navy is restricted to unobtrusively showing interest in the security of the member states of the Indian Ocean Naval Symposium (IONS) involving the littoral states, Australia, and the Southeast Asian countries participating in the annual Milan multilateral naval exercise, and to communicating Indian readiness to cooperate in joint security enterprises.

It has utilised these forums to show respect for the littoral navies and their concerns, and to expose them to its own professionalism in onshore events, supported by regular naval exercises on a bilateral basis, such as those conducted regularly with Singapore since the mid-1990s, Indonesia and Thailand since 2004, and, more recently, in the Gulf with Oman and Iran.

It pumps up the navy’s reputation and India’s image as a concerned, helpful and friendly power. With interaction in these forums supplemented by gifts to island nations of fast attack craft, patrol boats, aerial surveillance aircraft, helicopters, and radar stations India has sought to tighten its grip on the IOR.

The good feelings spawned by such gestures led, for instance, to Mozambique requesting the Indian Navy for perimeter security for the 2003 African Union summit staged in Maputo and the 2010 World Economic Summit. It eventuated in the 2006 comprehensive accord with Mozambique for Indian military assistance to train that country’s military personnel, and transfer military equipment and technical know-how for repairing and servicing military vehicles, patrol boats, and small aircraft.

Such military cooperation is all very well but is simply not the equal of foreign basing for the Indian military.

The MEA’s skittishness to date about overseas bases is also because an influential section of the military seems unsure about their utility. ‘What do you mean by bases? Do you need to set up colonies? We have basing rights in Oman, Seychelles, and Sri Lanka, we have agreements with these countries that any Indian ship can put in any of their ports at 24 hour notice to pick up fuel, water, or whatever you need. These are as good as bases’, says Admiral Prakash, who, much like the Congress Party defence minister Antony, conflated foreign bases with colonialism. ‘All you need are way-stations to turn around in. A good navy should be able to sustain itself at sea…If you have good, hardy sailors and officers, who don’t mind a bit of deprivation, you don’t need bases’. Indeed, he considers foreign bases a liability. ‘Why go all the way to create a base and go under obligation to somebody? If you have friends you don’t need bases.’

Excerpted from the chapter ‘Hard Power and the Deficit of Strategic Imagination’ in Bharat Karnad’s ‘Why India Is Not a Great Power (Yet)’ (Oxford University Press, Rs 875)