Hanuman’s Jump And The Jungian ‘Shadow’ 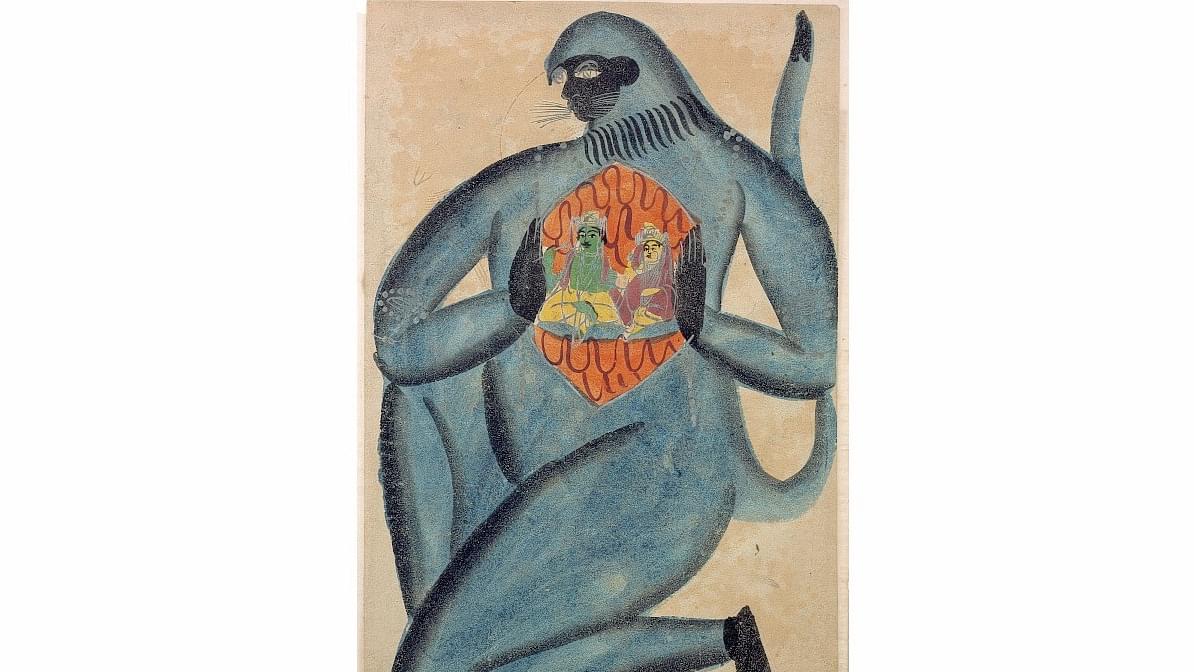 Young children growing up in the modern Indian society face paradoxical pressures and when they reach adolescence they are exposed to a new freedom. But then there is this social conditioning that they acquired from their family and tradition which remain with them. Thus a youngster, who obeys the commands of his parents without complaining and performs well in his school, revels in his new-found freedom when he enters college. In a significant number of cases, this conflict results in the destruction and the inability to achieve the full potential of the youth. Although no proper study has been conducted on this subject, anecdotal evidence suggest that ‘obedient’ and ‘good’ boys and girls from traditional households go on to become 'rebels', dropouts or underachievers in college. Even some spectacular achievers experience total disconnect with the social and cultural reality, making them harbingers of destructive confusion.

Carl Gustav Jung (1875-1961), the famous psychologist, speaks about an element of an individual’s psyche, namely the shadow. The shadow, according to Jung, comprises of the denied aspects of the self.[1] The student, who enters college with all his or her repressed emotions of early teenage life, comes with a lurking shadow. Unfortunately, the student identifies himself with the superficial persona that hides the shadow. The sudden burst of freedom in college life – along with all the temptations – grabs the shadow from within and along with the shadow drags the entire personality of this youngster into the abyss of destruction. The reader may now feel that the scenario is very familiar.

Yes. It is an episode of the slaying of Simhika by Hanuman in the Hindu epic Ramayana. Simhika, the demoness, who lives deep in the ocean, always captures those who fly over the sea by grabbing their shadows. She had devoured many before and only Hanuman was destined to overcome her. The ocean represents the vast and the dark realm of the unconscious and from there emerges forces that grab the shadow and pull down the entire personality from accomplishing its life mission. Often in the case of youngsters, who fall prey to temptations leading to addiction, therapists see the external factor of drugs and bad influences as the reasons. But, in reality, the cause may well be the shadow grabber emerging from within the unconscious, and bigger the shadow the more repressed it is – and easier it is for the force to grab and destroy. Hanuman, interestingly, shrunk himself to enter the body of the force and emerged enlarged destroying Simhika.[2]

One important reason was that he was totally immersed in his mission to find Sita – in the service of Sri Rama. A selfless, lofty mission and total dedication to the cause, which diminishes the ego later allowed the entire personality to gather enough might to destroy the demoness. Here, we recall the role of Jambavan, who helped Hanuman realise that his potential to fly can help in knowing Sita’s whereabouts. So, what we need today are teachers like Jambavan, who would not only make the student realise his or her full potential, but also instil in them the fire for a mission that will help them overcome the slips and falls.

Also, facing the shadow and even falling for it is not something to be ashamed of. What matters is the ability to rise again with the inner strength. And those who do not have a life mission and who do not have the ability to fly fearlessly over the ocean never face their shadows. This is for those young ones, who dare to venture into the open with a mission in their lives, out of their comfort zones.

Swami Vivekananda wonderfully pointed out the same mission-fired dimension of Hanuman, when a young follower asked the swami what ideal one should follow when the nation was under the alien rule:

You have to now make the character of Mahavira your ideal. See how at the command of Ramachandra he crossed the ocean. He had no care for life or death! He was a perfect master of his senses and wonderfully sagacious. You have to build your life on this great ideal of personal service. Through that, all other ideals will gradually manifest in life.[3]

Today's youth may not bring themselves to chant the Hanuman Chalisa, but the way Hanuman defeated the shadow-grabber to accomplish his mission does provide us with enough scope to develop a therapy along the lines for them. This is not just to overcome bad habits and other self-destructive tendencies but also to realise their own full potential in the service of the Divine Feminine imprisoned in the power-structure prisons of expansionist monocultures. This therapy can help the suffering youths to let go of their false egos, which in turn may make them feel guilty, and discover in themselves a humble messenger of divinity engaged in a selfless mission. ‘Hanuman-therapy’ can transform an ego-trip into a journey of selfless yet self-fulfilling adventure to discover mother Sita.