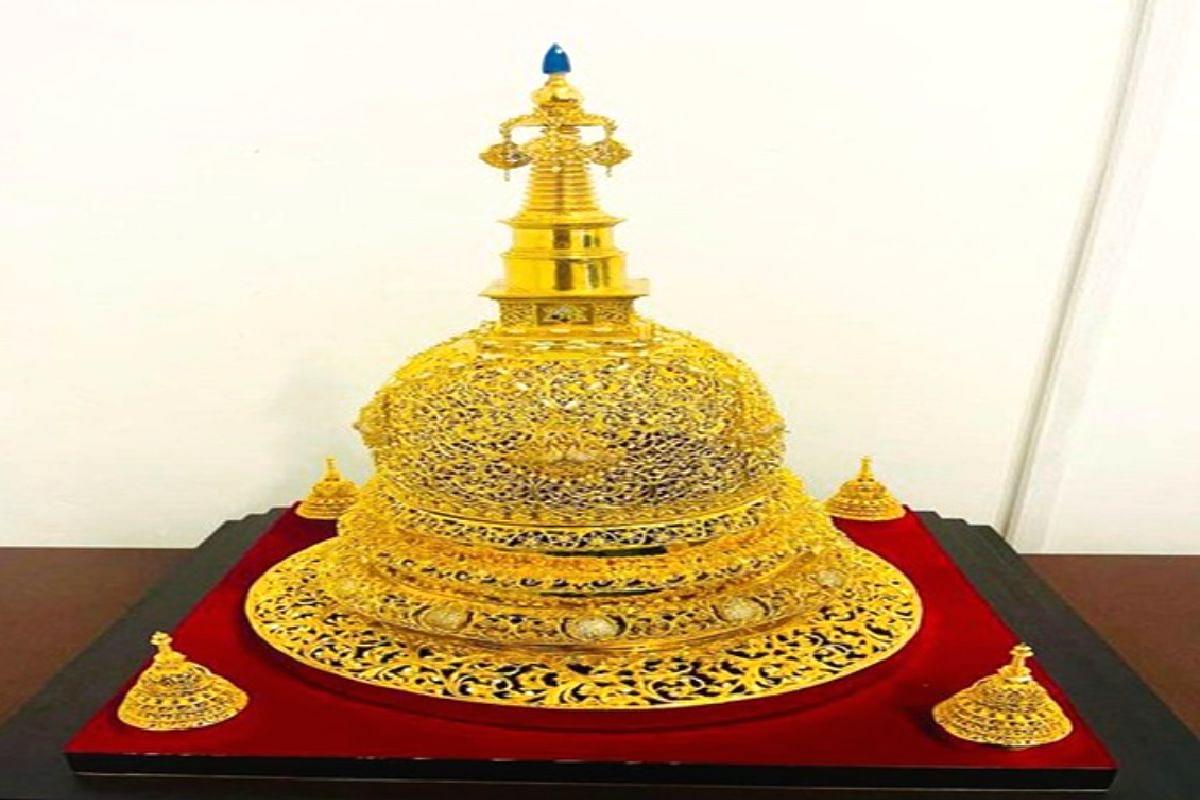 In a special gesture towards people of Mongolia, four Holy Relics of Lord Buddha are being taken from India to Mongolia for an 11-day exposition as part of celebrations of Mongolian Buddh Purnima falling on 14 June 2022.

The Holy Relics will be displayed at the Batsagaan Temple within the premises of Gandan Monastery. The Holy Buddha Relics, currently housed in the National Museum, are known as the ‘Kapilvastu Relics’ since they are from a site in Bihar first discovered in 1898 which is believed to be the ancient city of Kapilvastu.

Rijiju said that it is another historic milestone in India-Mongolia relations and will further boost cultural and spiritual relations between the two countries.

Recalling the visit of Prime Minister Narendra Modi to Mongolia in 2015, the Union Minister said that Modi was the first-ever Prime Minister of India to visit Mongolia, and taking the relics to Mongolia is an extension of the vision of our Prime Minister to revive our relations with the countries with whom we have had cultural and spiritual ties since centuries ago.

Rijiju explained that Mongolia and India look upon each other as spiritual and cultural neighbours and due to this commonality, Mongolia can also be said to be our ‘Third Neighbour’ even though we don’t enjoy any common physical boundaries.

The Union Minister also said that teachings of Lord Buddha are relevant even in today’s time and will guide humanity towards greater peace, harmony and prosperity. The Union Minister also said that India believes in peace and harmony and wants to spread this message throughout the world through the teachings of Lord Buddha, which is India’s cultural gift to the world.

The relics are being taken for an 11-day exposition as a special gift for people of Mongolia who enjoy a very special respect in their hearts for the sacred relics, the Minister explained.

Union Culture Minister G Kishan Reddy said that Lord Buddha is revered not only in India but all over the world. Modi is the first ever Prime Minister of India to visit Mongolia in 2015 and the relics will be displayed at the same Monastery which was visited by the Prime Minister, the Minister disclosed.

Reddy explained that the Government is making all efforts to spread Lord Buddha’s message of peace and compassion all over the world.

Accordingly, the government is working on several projects to develop Buddhist sites, locations and the Buddhist centres in India. Inauguration of Kushinagar airport recently is one such example, he said.

The Relics will be accorded the status of a State Guest and will be taken in the same climate control case as it has been kept presently at the National Museum. Indian Air force has made available a special airplane C-17 Globe Master to carry the holy relics. The relics will be received in Mongolia by the Culture Minister of Mongolia; Advisor to the President of Mongolia and a large number of monks among other dignitaries.

The Lord Buddha Relics available in Mongolia would also be displayed along with the relics from India. Two Bullet Proof casings as well as two ceremonial caskets are being carried by the Indian Delegation for both the Relics.

In a first ever visit by an Indian Prime Minister to Mongolia, in 2015 Modi visited Gandan Monastery and also presented a Bodhi Tree Sapling to Hamba Lama. Pointing out the centuries old Buddhist ties between the two countries, Modi defined India and Mongolia as Spiritual Neighbours during his address to the Mongolian Parliament.

India shares a long history of cultural and historical ties with Mongolia and to take this partnership forward, on the request of Mongolian government, Union Culture Minister Reddy made a special exception and permitted the exposition of Holy Relics of Lord Buddha for 11 days at Batsagaan Temple inside Gandan Monastery, Mongolia.

The last time these relics were taken out of the country was in 2012 when their exposition was held in Sri Lanka and were on display at several locations across the island nation. However, later guidelines were issued and the Holy Relics were placed under the ‘AA’ category of those Antiquities and Art Treasures which should not be ordinarily taken out of the country for exhibition, considering their delicate nature.

Since the visit of Prime Minister Modi, India has been supporting Mongolia in various fields and in cultural realms. India has printed 75 copies of 108 volumes of Mongolian Kanjur and handed them over to Mongolian government and various Buddhist Institutions there.

The work of digitisation of the Kanjur manuscripts is also in full swing. Around 500 Mongolian monks are studying in different monasteries and institutions in India for which India has facilitated their travel and Visas in the past few years.