'India's Daughter': The Problems I See With It 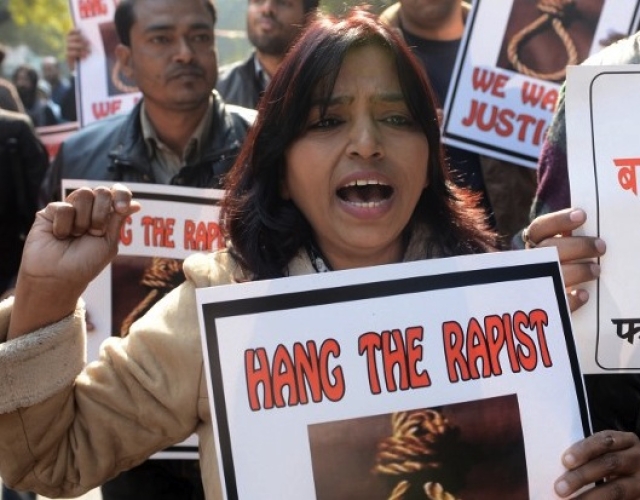 Why the BBC documentary does disservice to those anonymous people who are quietly, yet surely, contributing to the cause of women empowerment in India

After a day of outrage (against the video), I started to ponder on the points that led me to oppose the much discussed video. My ponderings brought me a welcome relief by realizing that the end outcome wished by both the stances is the same – a safer world for women. The ones supporting the video (the saner ones) argue that we as a society need to stop living in denial about the atrocities happening amidst us and need to face the devil within. The other side including me has multiple points from different angles. Most of the saner arguments boil down to aspects below.

– Providing an undeserved platform to a perpetrator of a heinous crime that has shocked the country, a shock that nearly destroyed the faith in the society and system.

– Loose usage of terms like “Rape Culture”, “Majority of Indian men think like this”, “Showing the mirror” are thoughts of as more damaging to the cause than strengthening it.

– A criminal commits a crime only after convincing his own perverted conscience with some perverted sense of entitlement and legitimacy. There is no rocket science to it. A thief reiterates the one having more money does not deserve it, a murderer decides that the one he is going to kill has no right to live and rapist is sure to justify that the victim/survivor asked for it. All the criminals blatantly disrespect and belittle the law, constitution and the system. Many opine that this is exactly how a criminal thinks which is well known and is not an issue which needs a documentary to understand and analyze.

I agree with all the above reasons. My greatest pain has been in realizing the stereotypes the self proclaimed feminists have taken to the town in supporting the video. I hail from a middle class family settled in a town (now a city) in Andhra Pradesh. In my childhood, I have seen my parents struggle to provide me a take-off point in life which would give me more than what they got from their parents. As I finished my schooling, I could gauge an increasing social pressure to provide equal education to girls from same middle class peers. Apart from the academic pressures and career stereo types, I sense the developments as welcome changes.

Today when I visit back my native place, I see girls coming from the remote villages to work or study, braving the twilight travel twice a day through unlit roads. Though their struggle moves me, it gives me the satisfaction of the society going on a right track albeit barriers and obstacles. Fathers, brothers, colleagues, husbands do send their women to claim their rightful public places and that is the Indian male contributing to gender equity which makes me proud and secure.

To the Indian father who sends his daughter to far off places so that she studies/works to claim her rightful social share?

To the Indian male colleague who do their bit in making the work place even a tiny bit more friendly and secure to women employees?

To the Indian friend who supports his female friends in variety of free choices and growth?

To the Indian husband who participates in household chores and strives to see his wife succeeding in her career?

To those cab drivers who ferry women to the safety of their homes during late nights? (The bad ones make news and the hundreds of good ones don’t. Of course doing your duty is not something to make news)

To tea-stall vendors, Security boys and countless people on the roads who do their bit in making the world a safer place?

No, I am not glorifying the above men. Neither am I doing an emotional pitch for them. Each of the men mentioned above is contributing to gender equality doing his duty. I dare ask the feminist achievers if they came up in their lives with no male contributing to their success at all? I don’t mean to belittle the stereotypes that they fight, but are they creating new ones in order to fight the old ones thus defeating the very cause of equality?

What we strive for, the world safer for women is an evolutionary goal. Evolution needs each of us to build strong steps to climb upon and build the next steps. And this flight to evolution can be built upon strengths and not by blowing up weaknesses. If the documentary makers are indeed interested to contribute to the cause truly, they would be making inspiring videos of those day labourers whose daughters have made good headlines instead of promoting negative stereotyping about cultures that they hardly tapped into. They would be showing the resilient women and supportive men instead of claiming to show mirrors that are not. They would be appealing to reason and evolution of minds instead of publicizing terrorizing statements by sick minds.

If we are to broadly categorize the Indian men, there are many advancing towards the much awaited gender equal world. They hold dreams for their women and might have fears for them as well. Keep in mind, that rural father or elder brother who sends his daughter/sister to work and study but has a problem with her going to a cinema. Appeal to his vision to broaden even more and call him over to the side of your ideal world . Don’t threaten his roots and push him to the other side, for that would make the world tougher to women and defeat the very cause!

On a side note about those racist perverts who are trying to demonize “majority of Indian men” as rapists, I would dare to say they are unprofessional dishonest and unethical individuals who are capitalizing on the tragedy of a dead girl to sell their narrow minded self serving agendas which would harm the larger interests of not only this country but the world too. And I, a daughter of India along with my sisters, the increasing number of aspiring women workforce stand as a testimony disproving the crap they want to paint my country with!

“India’s Daughter” – How it failed the daughters of India

The British Broadcasting Corporation had to indeed choose the day of Holi to broadcast the documentary “India’s daughter”, despite the concerns expressed by the Govt of India.  Upon viewing the video, I could not help wondering if this was not at all a coincidence. Following the advice of some friends I struggled to keep my mind open to view the video. I am definitely going to fall short of words in describing what I actually felt after watching it. It was a feeling akin of being stabbed in the soul again. It was like getting all my wounds opened up again and being given no medication. I swallowed the details of painful ordeal, Jyoti Singh’s parents had to undergo. I took in the monstrous way in which she was assaulted and murdered from a totally remorseless criminal. Worst of all I had to listen to the self  sanctimonious sermon of those lawyers about some ‘best culture’ knowing that they knew and respected zilch about Indian culture.

The ending of the grueling video felt like a slap, like a mockery with an invisible voice taunting that they can come in and shoot and present the details to their selective satisfaction, open up our wounds and still take a moral high ground. The next day, I hear from news speculating about payments given to the criminal by the film makers for telling us about how his ‘courage’ deserved sexual submission by a free spirited girl! I still do not know how much dirtier the issue can get if an appropriate legal investigation is conducted.

Regardless of the procedures, as a woman, I severely felt let down by another woman. I realized it was not about India’s image outside. That is more determined by the behavior of Indian Diaspora out of India as my western friends assured me. It is not even about alleging all Indian men as someone needing this horrendous ‘mirror’ as I had feared before watching the video. I am prepared to even overlook the needless focus of the camera on the statue of Shiva-Parvati. (Someone is obviously desperate to challenge faith rather than raise relevant questions and someone needs to be charitable about it, fine!)  But it is the sheer casual attitude with which the discourse on rape was derailed which came as a shock. The video severely failed India’s daughters while flaunting the title by thrusting the accountability of a heinous crime on to something loosely (and wrongly) labeled as ‘culture and society’.

I strongly believe we live in the times where people make a system that protects them and abide by the code of the system. We call it constitution. Events like crimes of any nature reflect a failure of the system and as a breach of the code by some people. The video does NOT critique the speed of corrective action by judiciary. It does not even touch the periphery of law making regarding the issue. It raises no awareness about the civil initiatives against the crimes such as rape. There are scores of NGOs that fight against atrocities against women despite all odds and they don’t get a mention! Worst of all, it gives the perpetrators, a full platform to seek legitimacy of their action from their perverted understanding of culture and society.

The narrative in the video elaborates on poverty and troubled childhood of the perpetrators as if circumstances can take the blame. Do the film makers want us to believe that the crime does not exist among the rich, educated and socially suave?  If the fault lies in the ‘Indian Society’ as the film maker wants us to believe, then there have to be societies around the world that have overcome the crime. But a preliminary online research shows that rape is a global shame and no society has been really successful in eradicating it. So who is to take the responsibility for the atrocity according to Leslee Udwin?

A litmus test about the intent of the video would be to examine individual feelings just after viewing it. Is it a resolve to continue in the path to an atrocity-free world or a broken faith on the law and the people? I felt the latter. Yes, the makers of “India’s daughter” grossly failed the daughters of India.

(The first part of this piece has been published here also)