Letters From Readers: Services Of Kanchi Mutt To Tamil 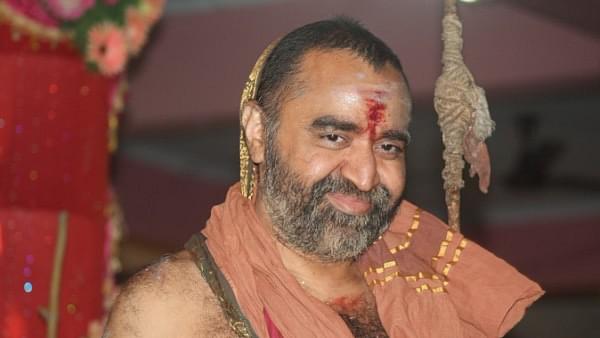 Kanchi swamigal built a temple for Nandanar (a Harijan Tamil saint) in Adanur, Nandanar’s town, and opened it on 23 June 1999. The Kanchi Mutt rebuilt the birthplace of Tirugyanasambandhar (a great Tamil saint-poet) at Sirgazhi, made arrangement for classes of Thevaram (an ancient Tamil literature that contains hymns of Shiva), established his sculptures and depicted his compositions there.

The Kanchi Mutt honoured 108 Odhuvars (those who sing traditionally the compositions of ancient Tamil saints) on 5 July 1984 by offering rudraksha garlands, shawls and money. Particularly Kanchi swamigal honoured six Odhuvars by offering six gold bracelets and the award of “Tamil Marai Isai Mamani”. Later, Kanchi Mutt organised a function to honour 108 Odhuvars again. When all Odhuvars came, Shri Chandrasekara Sarasvati swamigal attained the lotus feet of the lord. Therefore, all Odhuvars participated in the final departure by reciting Thevaram, which resonated with the atmosphere.

The Kanchi Mutt has published many Tamil books that significantly contribute to Tamil culture. To name a few, Tirumurai Talangal, Arutkalanjiyam, Tiruvishaippaa Talangal and Moovar Tevaram Adangal Murai. With the blessings and guidance of Shri Chandrashekhara Sarasvati swamigal, V Mahadevan published a book named Shivapada shekaranin Tanjaik Kalvettugal, which is about the stone inscriptions of the king Rajaraja, who built the ancient temple of Brihadishvara in Tanjore, containing 300 pages.

In 2013, Shri Vijayendra Saraswati swamigal opened Shri Jayendra Tamil Patashalai (a school for Tamil in which Tamil literature is taught exclusively). The teachers here are appointed by having Mayilam Shivasubramaniam, a great Tamil scholar as its principal.

While jyotisha scholars predicted that the three days (21, 22 and 23 February 1962)  would be terrible days bringing natural calamity, as eight grahas (but for rahu) are going to get united in makara rashi, Kanchi swamigal requested the people to recite Kolaru Tiruppadigam (composed by Thirugyanasambandhar for the world welfare) morning and evening. He arranged for printing several thousands of copies of this composition and distributed them freely.

The Kanchi Mutt conducted a Tamil essay competition for school children about Periya Puranam (a Tamil hagiography) in which thousands participated and praises were offered on a grand scale. The Mutt conducted oral competitions wherein the children would memorise Neethi Nul (Tamil books that are related to a righteous way of life and ethics) and recite. The children of Class-III can participate in the competition of Ouvvai’s Athichuvadi, Class-IV children in Kottrai Vendan, Class-V children in Ulaga Niti, Class-VI, VII & VIII in Moodurai, Class-IX & X in Nalvazhi, Class-XI & XII in the first 50 poems in Kumaresha Shatakam and college students in 25 chapters of Tirukkural and offered praises on a grand scale.

The Kanchi Mutt has conducted hundreds of conferences of Tiruppavai and Tiruvembavai (ancient Tamil compositions about Vishnu and Shiva) throughout Tamil Nadu, making millions to recite both literary works everywhere.