Nadaprabhu Kempegowda: A Tribute To The Man Behind The Rise Of Modern Bengaluru 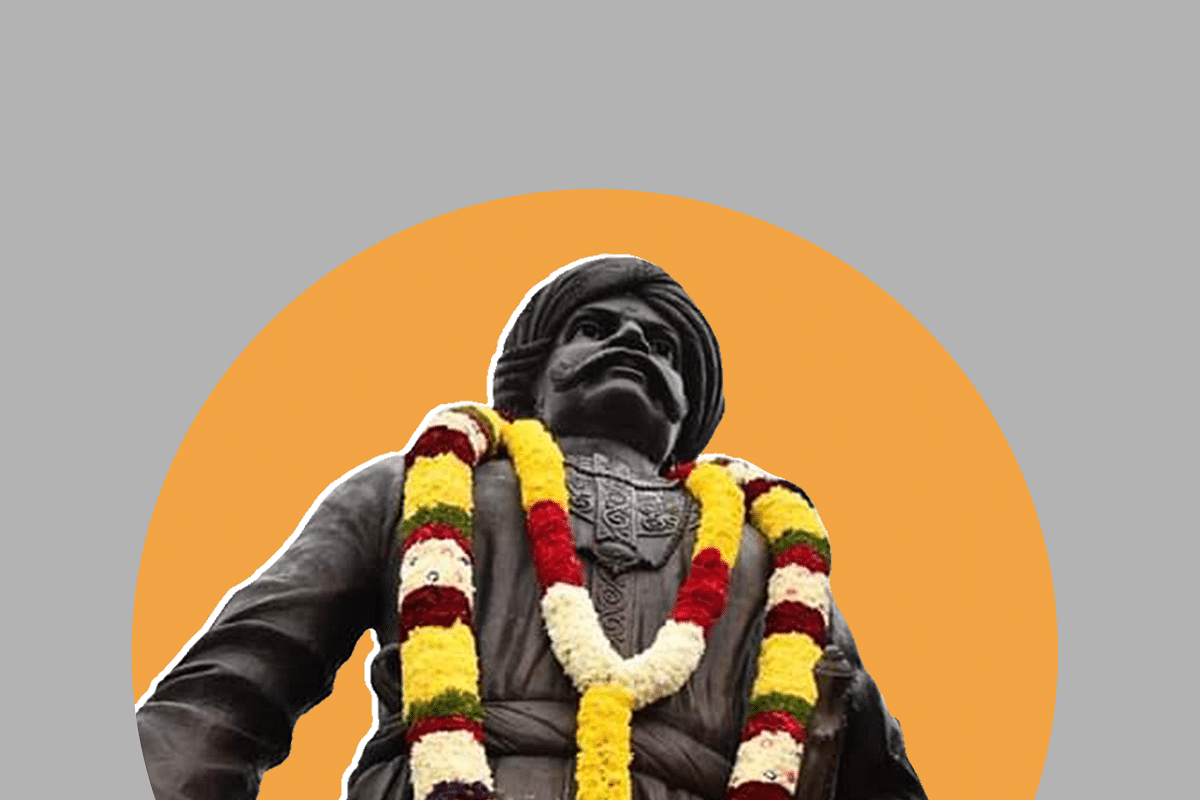 The bhumi pooja for the construction of a 108-feet statue of Nadaprabhu Kempegowda along with the development of a central park in his memory was held on his 511th jayanti. On this occasion, I am writing to share my thoughts on Nadaprabhu.

Nadaprabhu Kempegowda has contributed a lot to the development of Bengaluru, which today has become one of the major technological hubs of the world. He initially ruled from his ancestral land of Yelahanka, and later moved south to construct and rule from the fort of Bengaluru.

Born into the then Avati Ranabhairegowda family, which was renowned for its bravery, Kempegowda made a name for himself as a ‘Paleygara’, which enabled him to get the permit from the Vijayanagara emperor Shri Achyutadevaraya to build a fort in Bengaluru. The emperor also gave him the charge of 12 surrounding villages to raise revenue for this effort.

The fact that a Paleygara continues to be remembered today is proof of his immense sagacity, his vision, his ability to deliver justice and provide proactive administration to his subjects. His bold achievements and vision continue to influence us even today.

The fort that he built in the sixteenth century was one of the biggest of his era. His efforts proved to be the foundation for a civilised life in these parts of Karnataka, which at that time had only Hampi as a major urban centre.

The conditions that he created led to sustained and long-term growth of the city regardless of the wars that were fought over it.

Kempegowda managed to make an impact across the fields of governance, environmental protection, religion, provision of drinking water, irrigation and more.

His actions reveal his audacious vision as well as his willpower to change the status quo. The problem of drinking water that currently plagues Bengaluru city makes us remember Nadaprabhu’s efforts to secure a permanent supply of drinking water to the Bengaluru Pete. This is reflected in the number of lakes that he built. His farsightedness is something every administrator in Karnataka has and should aspire to have.

His Imprint On Bengaluru

We all know about the tremendous contributions of Kempegowda in developing Bengaluru into a full grown city. It is quite natural that his name is identified with this city. The construction of his statue and along with the development of a park at the "Kempegowda International Airport" in Bengaluru will be a symbolic representation of his contributions to the city.

In an effort to ensure all-round economic progress of Bengaluru, he developed extensive settlements along with multiple occupation-specific petes — Akkipete, Taragupete, Balepete, Chikkapete, Aaralepete and more. He not only built the fort of Bengaluru but also developed numerous forts surrounding the city in order to perform his role as the Paleyagara as well as provide stable administration to the region.

Some of the other forts he erected or developed are the Magadi Fort, Savandurga Fort, Nelapattana, Seven Walled Fort of Hutridurga, Huliyurdurga Fort, Bhairavanadurga Fort of Kudur, Shivaganga Fort and Ramdurg Fort in Ramanagara.

He also ensured that trees suitable to the climate of Bengaluru were planted across the region. In fact, the man behind 'Lalbagh' is none other than Kempegowda.

Nadaprabhu continues to observe Bengaluru through his various contributions to the city —the Ulsoor Lake, Hebbal Lake, Lalbagh Lake and Yediyur Lake and more. He upheld Sanatana Dharma by conducting the Jeernoddhara of the famed Gavi Gangadhareshwara Temple, which continues to draw connoisseurs of beauty, enthusiasts of astronomy as well as ordinary citizens and the Someshwara Temple of Ulsoor.

In addition to this, he built a temple for the gramadevate of Bengaluru, Annamma Devi, the Dodda Basavanagudi Temple, the Draupadi Dharmaraya Temple along with many others in Shivanagange.

Nadaprabhu’s Relavance In The Twenty-First Century

Kempegowda’s greatest strength was his far-sightedness. He set a great example in nearly every aspect of governance — building cities, urbanisation, bringing about economic sustainability and more.

The sheer audacity of his vision is astounding. Erecting a fort spread over 550 acres and creating a city like Bengaluru is no small task. Building 65 petes within it and attracting merchants through the provision of adequate infrastructure facilities further proved his farsightedness and competence.

Further, to provide all-round protection to the city, he built forts in all directions with the Bengaluru Fort at the centre.

He invested in the construction of over 50 lakes and bunds to ensure adequate supply of water for drinking and irrigation. The people of this city continue to reap the benefits of his farsightedness. It is due to this reason that he remains relevant to this day.

It is due to all this that we should avoid categorising Kempegowda in any particular community or even confining him to the jurisdiction of BBMP (Bruhat Bengaluru Mahanagara Palike) for that matter.

It is important for us to educate the state of Karnataka about the achievements of this great man.

In this age, it is necessary for us to be aware of the achievements and history of our ancestors and steer the society as per the ideals and standards set by them.

It is our duty to make the next generation aware and informed about the greatness of Nadaprabhu Kempegowda.

It is with this intention that the project of building the statue of Kempegowda and converting the place around it into a beautiful garden has been undertaken by the leadership of Chief Minister B S Yediyurappa.