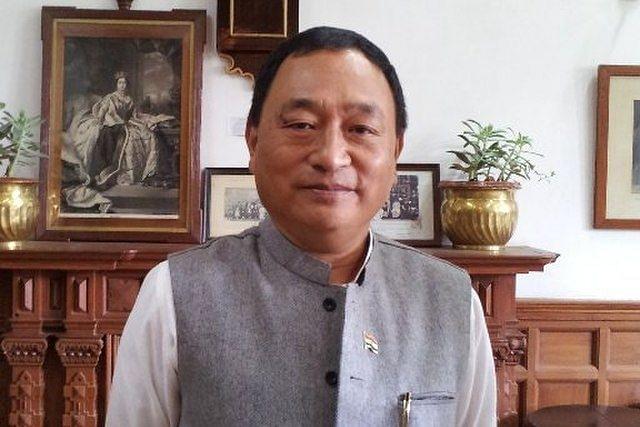 An appalling and reprehensible racial slur on a senior legislator from Arunachal Pradesh, as well as the people of that state, by a young YouTube gamer from Ludhiana in Punjab, has brought to the fore the sensitive issue of ‘mainland’ India’s treatment of Northeasterners once again.

The YouTube gamer, whose channel has over 4.6 lakh subscribers, recorded a video and posted it on his channel abusing Arunachal MLA Ninong Ering, who has also been a Lok Sabha MP and a Union Minister of State for Minority Affairs in the UPA II government.

Ering contented that the South Korean game developer who is planning to launch the new game is sidestepping Indian laws and trying to deceive the Indian government, which has banned PUBG last year.

Battlegrounds Mobile India, said the Arunachal legislator, is nothing but a PUBG mobile relaunch.

This incensed Paras (and many other gamers too), who commented that Ering and the people of the Northeastern state don’t look like Indians and even remarked that Arunachal is part of China (read this)!

The Arunachal Pradesh government promptly registered a police case against Paras Singh and, on Monday, despatched a police team to Punjab to bring him to the state to face the law there.

Realising that he is in trouble, Paras posted an apology, but that failed to douse the outrage mostly because it was deemed to be a poor apology of an apology and totally insincere.

Paras Singh has rightly been arrested and is expected to be taken away to Arunachal Pradesh to face the law there.

Hearteningly, there has been widespread online support from many youtubers and others for Arunachal and condemnation of Paras (watch this, this, this, this and this), with many apologising profusely to the people of the Northeastern state.

But that does not tackle the moot issue: the lack of knowledge of the Northeast and absence of sensitivity towards others from different cultures and regions among people of ‘mainland India’.

A shocking lack of knowledge of the Northeast--its people, its rich culture, cuisine and traditions, and its history as well as geography--lies at the root of the widespread bias against people from the region that is often displayed by people, especially in north India.

There is also an astonishing lack of sensitivity displayed by many Indians, especially from the north Indian states, towards people of different races, regions and cultures. Black Africans have often been at the receiving end of racial slurs and even hate crimes in Delhi and north Indian cities.

Even people from peninsular India who look, speak, eat and live differently from their fellow countrymen in North India often face taunts and slurs in the so-called ‘Hindi heartland’ states.

And this is why an urgent rewriting of school textbooks is called for. History textbooks (authored by mostly Marxist historians) in schools across the country, for instance, focus on and glorify Mughal rule.

There is barely any mention of the history of Northeast India and the many freedom fighters the region has produced. The bravery of Lachit Borphukan, the legendary Assamese general who defeated the mighty Mughal army, finds only perfunctory mention in history taught in schools.

There are many other ‘heroes’ like Lachit Borphukan from the Northeast, but the rest of India is blissfully unaware of them.

“School and college textbooks should have exclusive chapters on the history, culture, ethnicity, traditions, cuisine and attire of the people of the different states of Northeast India and on the region’s geography. Learning all that should be made compulsory and school and undergraduate levels across the country,” said Manjula Barua, a writer and professor of history in Guwahati.

The bias, mistreatment and slurs faced by students and others from the region who go to study and work in other parts of the country, especially North India, is no secret.

There have been many hate crimes against Northeasterners who face a lot of mockeries and stereotyping in schools, colleges, universities, workplaces and public spaces in the rest of the country.

Derogatory slurs like ‘chinky’, ‘momo’, ‘meow’ and many others are routinely hurled at people from the region even by incentive friends, classmates and colleagues in jest. The offenders are often unaware of the ‘cringe effect’ of such slurs.

“Apart from junking the present history and social sciences textbook and introducing new ones which contain chapters on the Northeast and its people, we should also immediately introduce capsule courses to sensitise our school and college-going children about people belonging to different cultures, regions, countries, traditions etc. This sensitisation is very important and crucial for us as a nation,” said Margaret Swer, a Khasi who has studied and lived in New Delhi and now teaches political science at the North Eastern Hill University (NEHU).

Educationists also advocate exchange programmes at the school, college and university levels to make students from the rest of the country aware of the Northeast.

“The biases and negative attitudes towards the Northeast and its people are born out of sheer ignorance. And this can be addressed by positive exposure to the region,” said Numal Gogoi, a professor of geography at Assam’s Dibrugarh University.

What is also important here is to mete out exemplary punishment to insensitive and abusive people like Paras Singh.

“Punishment for intolerance and racial slurs, stereotyping and mockery should be prompt and strong. That will serve as a powerful deterrence,” said Takom Jamoh, a police officer of Arunachal Pradesh who had studied in Delhi and faced discrimination, slurs and prejudices.

Ninong Ering agrees with all this. “There have been many recommendations to successive governments at the Centre to include content about the Northeast in school and college textbooks. But little has been done till now,” he told Swarajya.

The popular legislator from Arunachal Pradesh said that what is most important is exposure (of people from the rest of the country, especially North India) to the (Northeastern) region and its people.

“But the matter of lack of sensitivity remains. How can one teach people to be sensitive about others?” he asked.

The answer, he says, may lie in inculcating a deep sense of patriotism among all Indians. “If people from all parts of the country accept each other as Indians first and if we stand united as a nation, such divisive feelings will disappear,” he said.