What This World Cup Is Teaching Us 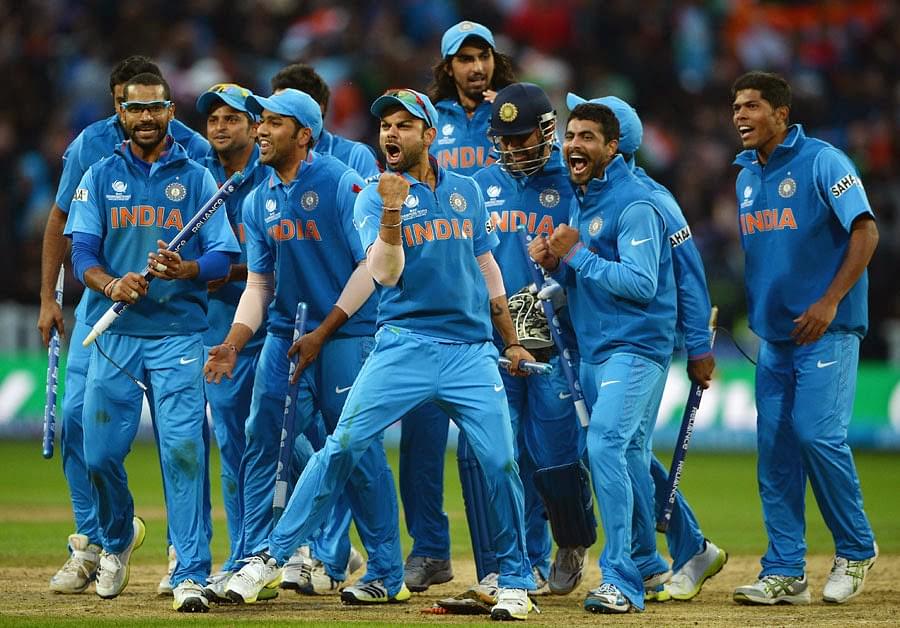 We don’t know who will win the Cup, but we have experienced a few things that will remain with us for a long time. For instance, the happy marriage of Test cricket and T20.

Cricketers at all levels, from Afghanistan to Zimbabwe swear, or pretend to swear, that Test cricket is the real thing. Test cricket, for 138 years, has shunned the absurdity of settling a sporting encounter in a mere 60 or 90 minutes; it gives you five days to demonstrate the real repertoire of your cricketing skills and duel with your opponents. It provides for five days of operatic twists and turns that test your character, temperament and the depth of your soul. It’s possibly the only team game where you must not only battle human beings, but nature as well – humidity, soil, grass, weather, wind and clouds – over five unpredictable days.

Cricketers at all levels, from Afghanistan to Zimbabwe, however, are human and hence are prone to the lure of the lucre. Having sworn the obligatory allegiance to Test cricket, they look for every opportunity to take part in T20 cricket to gain, if not instant celebrity status, at least a secure financial feature. T20, magically crunched into less than four hours, is the genetically modified form of Test cricket custom designed for a TV audience that is short of time, ignorant of the nuances of Test cricket and hungry for instant gratification of its primal human instinct of watching someone beat the shit out of someone else.

Naturally, the World Champion of cricket is decided neither through Test matches nor through the T20 form of cricket. For forty years, the Cricket World Cup has been decided through the One Day International format, which when it was invented appeared to be a giant leap for mankind – think VCR, fax machine and pagers – but, has been struggling for relevance of late. Think VCR, fax machines and pagers.

Welcome to the Cricket World Cup 2015, where the much questioned ODI has finally bridged the gap between Test cricket and T20. For the first 35 overs, teams are batting like in Test cricket, and for the last 15 overs, they bat like in T20. To get to a “par” score of 300, teams are aiming for 150 in the first 35 overs, keeping their wickets intact in the spirit of Test cricket, and then zipping away like a spaceship in hyperdrive in a Spielberg frame, over the last 15 overs, bringing in the skills and the shots and the confidence they have acquired from T20 cricket.

Since life is a metaphor for cricket, you are bound to find contradictions, paradoxes and inconsistencies for every hypothesis, disguised as truth, put forward. While it’s true that this World Cup has seen more 300+ team scores than any other World Cup (including two 400+ team scores and two 200+ individual scores), it’s equally true that the 2015 World Cup can, surprisingly and remarkably, be labelled as the one where the Bowler Strikes Back.

This was totally against the script. Since the ICC desperately wanted to satisfy the aforementioned primal urge of the TV viewer to see someone whip someone else, and India, which controlled the TV audience and the billions of dollars, but for some mysterious reason couldn’t produce good bowlers, it was decided to change the rules of the game so that the batsmen could truly whip the bowlers. Boundaries were shortened, special bats were created and allowed, field restrictions were put into place, bouncers were limited and the bowlers were defanged in every possible way imaginable and unimaginable.

But the Law of Unintended Consequences caught up with the ICC. With everything against them, the bowlers figured out that the only viable strategy for them was to take wickets. This was the old fashioned Test cricket strategy where it was imperative to take 20 wickets to win a game. The bowlers attacked the batsmen, and how! Australia almost defended 151 against New Zealand with Mitchell Starc taking 6/28 and Pakistan could have defended 213 against Australia in the quarter finals with Wahab Riaz’s brilliant spell and South Africa strangled and choked Sri Lanka, including the prodigious Kumara Sangakara, for a mere 133 in the quarter finals through the finest quality of attacking bowling.

The bowlers have also been helped by the fact that as the batsmen try to take more risks, inspired by their T20 experience, they also tend to be more vulnerable to getting out. Another fine example of Test cricket and T20 coming together to create a new form of excitement in the ODI. The team with the best bowling attack is going to win this World Cup and 3 of the four semi-finalists have the best bowlers in the tournament. The fourth team, India, has put up an unexpected display of bowling and is the only team that has dismissed all its opponents.

Surprisingly, India has done it without any left arm seamer. Gary Gilmour, Chaminda Vaas, Zaheer Khan, Geoff Allott and even Ashish Nehra have had their moments of glory, but not since Wasim Akram won the 1992 World Cup with two balls, have left arm seamers had such an impact on any World Cup. Starc, Boult, Johnson, Riaz have created deceptive angles and sustained pace that has turned the tables on the batsmen.

The semi-finalists represent a mirror image of the 2011 World Cup. In 2011, 3 teams from the sub-continent made it into the semi-finals and Australia represented the southern hemisphere. In 2015, the three teams from the southern hemisphere have made it to the semi-finals and India represents the sub-continent. It’s an evenly matched line up and if this World Cup has shown anything, it is that evenly matched, passionate teams can produce thrillers. Consider Afghanistan’s 1 wicket victory over Scotland with 3 balls remaining, or Ireland’s 2 wicket win over UAE with 4 balls remaining, or Ireland’s 5 run win over Zimbabwe with 3 balls remaining. They simply lacked the stamina and the experience to go the full distance with the Big 4.

As I write this, we don’t know the ultimate winners, but we have experienced a few things that will remain with us for a long time. The sheer joy of Afghanistan pluck and the pressing case of including Ireland as a full member. The sadness of Sanga and Jayawardhane’s final bow. The delicious fury of left arm pace. The banality of the individual 200.  And the happy marriage of Test cricket and T20 in this World Cup.