The Blessing That Is Test Cricket 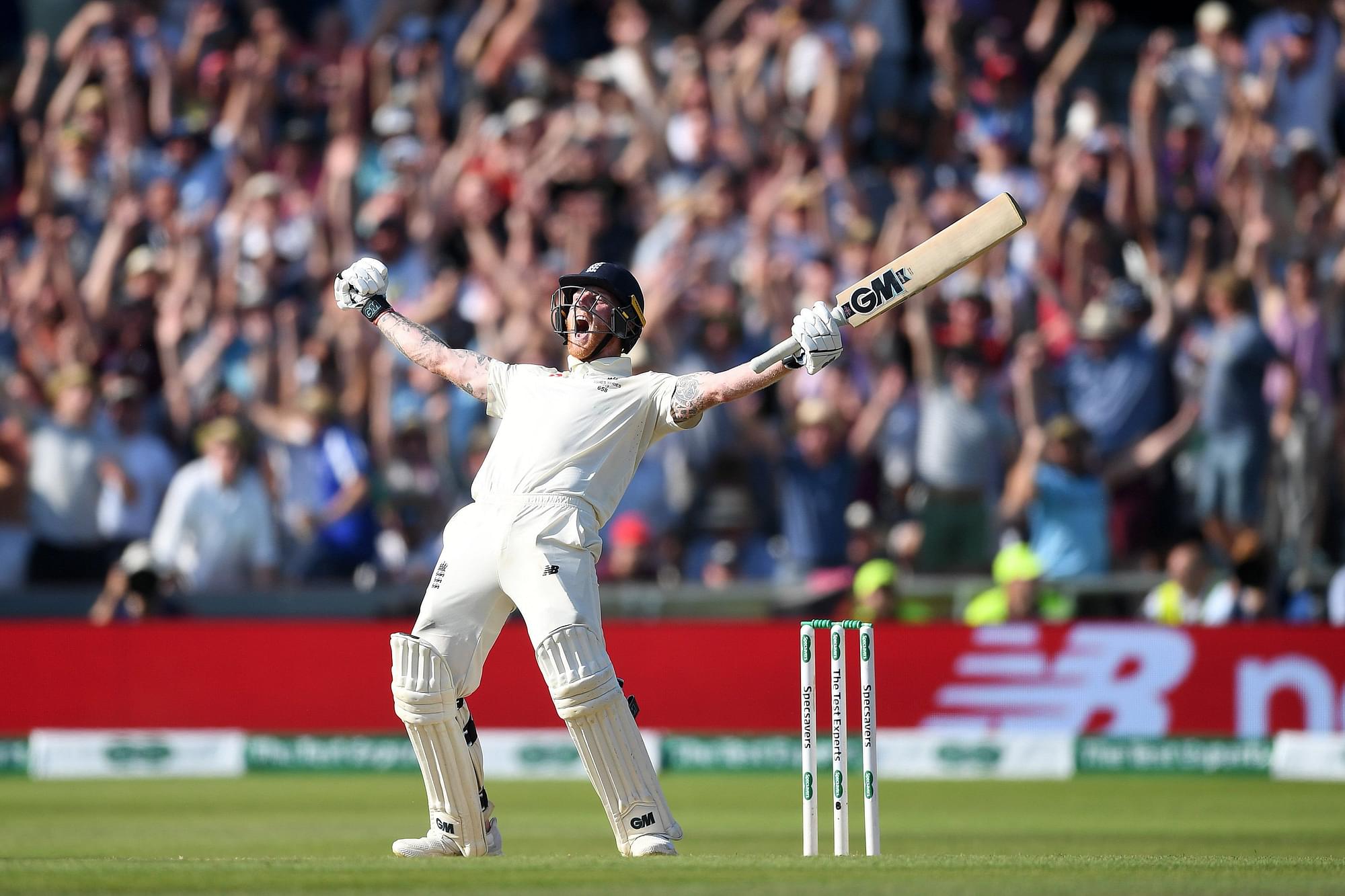 A karma-defying victory is sweet indeed.

Chasing 359 in their second innings, England were nine wickets down for 286 when Jack Leach walked in to bat. On the non-striker’s end was Ben Stokes who had played 174 balls for 61 runs. What Australia needed was one good ball and what England needed was divine intervention.

And then, the unthinkable happened.

A little less than 10 overs later, England were two runs away from a victory that once seemed preposterous to even the most devoted English fan.

Stokes had now faced 218 balls for his 131 runs, muscling his way through the three-figure mark with sixes that included a reverse-sweep into the stands, much to the dismay of Nathan Lyon, along with six other big hits after Leach had walked into bat. Leach, meanwhile, had faced 14 balls without troubling the scorers.

On the penultimate ball of the 125th over, Australia’s Lyon dropped the chance of retaining the Ashes. Fumbling while attempting to runout Leach on the non-striker’s end, Lyon had no one but himself to blame.

On the next ball, he made a worthy case for a leg-before-wicket (LBW) against Stokes, only to be overruled by the umpire. Australia, after wasting a review in the last over, had nothing left. Stokes, otherwise, was out.

Australia had lost the opportunity to retain the Ashes to a reckless review and a poor umpiring decision.

Leach’s first run came a couple of balls later when he nicked one on the leg side to run for his life, thus levelling the scores. The next ball, destiny’s new favourite child, Ben Stokes, slammed the ball through the offside for four.

However, this was not an anomaly. Only six months ago, Sri Lanka’s Kusal Perera had taken his team from 226 for 9 to 304 for a Test victory against South Africa in Durban. Batting with Vishwa Fernando, whose final score was 6, for over an hour, Perera sketched the highest tenth-wicket partnership for the fourth innings in a winning cause in the history of Test Cricket.

The one between Stokes and Leach stands second, a couple of runs short of the first.

It’s been a historic year for Test Cricket. Indians had the opportunity to rejoice their team’s first series victory in Australia in almost six decades in the first week of the year itself when weather forced a draw in the fourth and final Test Match, giving India the series 2-1.

From Sir Donald Bradman, who once reversed his entire batting order to escape a sticky wicket, to Virat Kohli, and more recently, Ben Stokes, Test Cricket is not only a sport for the greats of the game but a validation in the form of a test of their strength and skill.

With T20s and ODIs in the play, one may get enough players with significant numbers, but if ever a book for the legends was to be curated, from Bradman to Sobers to Richards to Dravid to Warne to Kallis to Murli and eventually, to Stokes, it would be about men who made a mark in Test Cricket.

It shall always be about men who applied mind before muscle.

In more than one ways, Test Cricket is a synonym to life.

In the days of instant dating, it is like the old-school romance. It is what handwritten thoughtful letters are to instant reckless messaging. It is what a finely preserved scotch is to an expendable can of beer.

It warrants one’s undivided and unwavering attention, and of course, passion.

Even though the war is playing out in the backdrop, it is the little battles that are happening across sessions and spells that make all the difference here.

Test Cricket is and can never be a slave to those bit-sized highlight uploads on YouTube, for the actual pleasure of the game lies in those dot balls that are a result of the batsman ducking, missing, or leaving the ball.

The format does not differentiate. Unlike its shorter counterparts, it embraces the labours of the game, the bowlers. It is this format that has made the likes of Holding, Ambrose, Akram, Steyn, and now Bumrah, amongst many other greats.

The beauty of the format lies in those little spells, sometimes as small as an over, and often, as long as a session, especially if one takes into account the overcast English conditions.

This is, perhaps, the only format of a game where the clouds, rain, and sun are as significant as the players before it.

Even an unprecedented breeze can reverse fortunes here.

Even if the game is forgotten, it’s the spells and innings that make a memory of a lifetime.

It binds players together in partnerships that are celebrated across their careers and rivalries that are spoken of after they have left the game, and sometimes, the mortal world.

It is an ode to nature, a celebration of man’s resilience in the face of a travesty. It’s poetry in motion. It’s an opera that is sung on a 22-yards pitch with a Kookaburra or a Dukes getting the best in the business to tune along.

Thus, it was not unnatural for the format to be celebrated more, and this is where the Test Championship comes into play. Already on its way with six teams battling out in three different continents, the championship will see a single winner in 2021 when the final is played at the Ayodhya of Cricket, the Lord’s.

Will the championship aid the growth of the format’s viewership and will it usher the much-needed revival and celebration of the game are questions that are best left to time.

For now, the championship merely raises the stake for every game. There will be a lot at stake even in a draw, and in a format where a two-hour session can be the difference between the defeated and the victorious, the championship does take a step in the right direction.

The relationship of the Test format to the game of Cricket, in every form, reflects that of man’s with nature. We have evolved from nature, and we must do enough to preserve it, nourish it, and ensure its survival.

For the stakeholders of the game, from the pitch curators to analysts and from players to the crowds coming in, the championship offers one such opportunity.