Travelling Across Bharat On ₹500 A Day 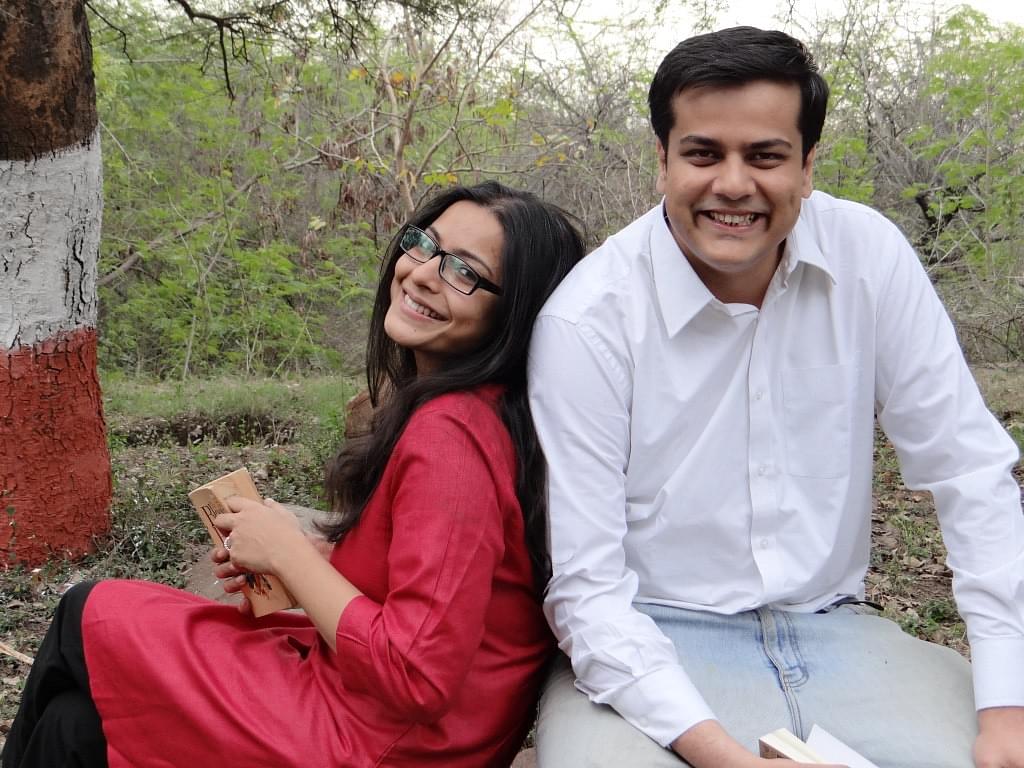 Devapriya Roy and Saurav Jha, young professionals living in the heart of Delhi, were “investment-makers, mall-goers, office-trippers and city-slickers” to use their own words, when they were suddenly struck by the idea of a transformational journey through India. Undertaken on a shoestring budget through much of 2010 and 2011, The Heat and Dust Project is an account of that journey, and its unforeseen joys and heartbreaks. Jha (SJ) and Roy (DR) talked to Swarajya about their book.

1) What made you embark on this project?

SJ:  I have always been deeply engaged with the idea of India. And I was quite tired of hearing studio experts declaim on domestic issues and wanted to see the country from the ground up to try and understand how it is here and now.  Devapriya had always sensed this longing in me and shared it in her own way.  At the same time we had grown increasingly uneasy with our yuppie existence and decided to stake life, limb and marriage on a single idea – a transformational journey through India.

DR: To be completely honest with you, the journey came about because we were essentially bad householders. We were going through the motions of urban yuppie lives, but there was a deep lurking discontent. After we began writing our first books (The Upside Down Book of Nuclear Power and The Vague Woman’s Handbook) on the strength of our very small advances and very robust optimism, we quit our jobs and decided upon the journey. We needed to step out of our comfort zones and see the country we love. The extreme budget was self-imposed to force us to engage in the idea of India that is Bharat from the ground up.

2) What were some of the prominent misgivings? What made you tide over them?

SJ: Well, we were going to traipse through unfamiliar terrain and that too without the lubricant of a substantial budget. We tided over them together as it were. Through a quiet agreement that we were in it together and would execute it together, no matter what.  In Devapriya’s case the promise of cake at the cost of other meals helped too.

3) We see young backpacking foreigners all the time (including the friends you made on the trip) but not so many young Indians out exploring their country. Is that a fair observation or did you notice any trend to the contrary?

DR: That is a fair observation in some ways, though it is changing. And that is one of the things we wish to promote though this book. There are so many stereotypes with respect to India, especially about safety, that mostly aren’t true. So we urge the youth of our generation to grab a couple of backpacks and see their own country for themselves.

4) Why the broke couple’s guide to ‘Bharat’, and not to India?

DR and SJ: We believe that India is Bharat and that there is no point in belabouring the usual dichotomy between the two. And the election of [Narendra] Modi in some sense was the final nail in that cliché. Moreover as we say in the book, Bharatvarsha since antiquity has been a unified civilizational entity, with India being its modern-day avatar. There is a very interesting dinner party argument in Lutyens’ on this issue. But for that you must read the book. (Laughs)

5) Is there a sequel planned given this book leaves out large swathes of the country, especially the south and the east?

SJ: This book is the first part of a trilogy called ‘The Heat and Dust Project’ Series. Till date, there have been three phases of continuous journeys in ‘The Heat and Dust Project’ format i.e on an extreme budget and at a hurtling pace almost entirely by using local buses. The first part of the trilogy documents the first phase, which chronicles our travels through Rajasthan, Gujarat, Himachal Pradesh, Western Uttar Pradesh and our time spent in Paharganj in Delhi. In the second phase we travelled all the way from Delhi to Kanyakumari, through the length of India as it were. In the course of that journey (i.e the second phase) we went through Madhya Pradesh, Maharashtra, Karnataka, down the entire coastline of Kerala  and then back up to Chennai via various parts of Tamil Nadu. The third phase consists of journeys through Uttarakhand, Haryana and Punjab. In all we have bussed thousands of kilometres through India and it was proving very difficult to put all this in a single volume. Hence what was once meant to be one book is now three. And the second book of the series called ‘Man.Woman. Road’ will be based on the second and third phases. The last book of the series will require a fourth phase of travel through the East and North-East.