The Sari, Flowing Through The Ages 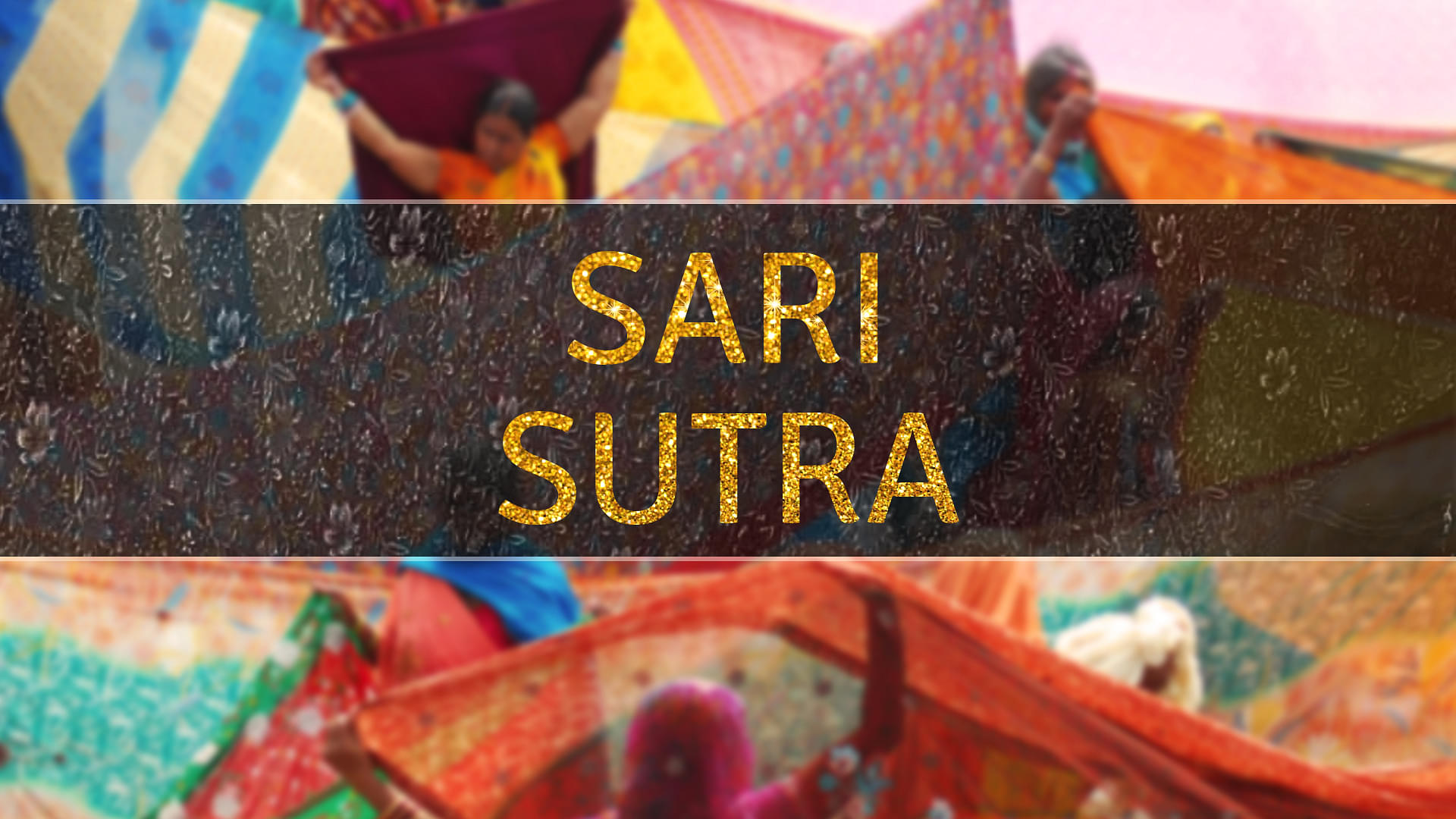 What can one say when the sari, that proud and beautiful Indic garment, is subject to the most racist and bigoted attacks by the ignorant? By those who wish to use an innocent piece of cloth to further their own political and ideological agendas?

In a recent New York Times article, a ‘journalist’ has tried to show up the sari as a ‘Hindu nationalist’ symbol which is being pushed by the Narendra Modi government as part of its hate agenda against other religions.

If it were not so racist and bigoted it would be amusing. A number of rebuttals have been written with facts, figures and pictures to show the moorings of this humble piece of cloth in the warp and weft of India, for the rich, poor, common people and celebrities alike, whose popularity is not limited to any particular group, community or religion.

What does this piece of unstitched cloth mean to India, to the sub continent?

It made its debut many millennia ago, this piece of unstitched cloth, during the times of the Harappan civilisation on the banks of the Saraswati and Sindhu rivers. From terracotta figurines, seals and meagre cloth remains we can see that both men and women draped unstitched cloth of cotton and silk around their lower and upper bodies.

This was carried over into the Vedic age and then into the historical period as we know it. The pieces of cloth changed and mutated into the different varieties and drapes of saris as we know them today.

How this happened, how the antariya for the lower body, the uttariya for the upper body, and some form of pratidhi for the breasts, were influenced by time, changing society, diverse influences ranging from the Kushans, the Greeks, the Sakas, the Turks and Mongols, South East Asia and later, Europe, and changed into the different forms of the sari we see today, from Kashmir to Kanyakumari, is a complex study. There is literary, sculptural, numismatic and other evidence for this evolution.

Different aspects of the antariya-uttariya combine can be seen in the mekhala chador of Assam or the mundu of Kerala or the Coorgi sari, for instance. As an example, a stylised nivi-bandha or the first knot for tying an antariya mentioned in Sanskrit literature, is still maintained in the wearing of the mundu.

It is an interesting nugget that the most popular form of the sari worn in North India owes its existence to the women of Jorasanko, the family of Rabindranath Tagore, and is heavily influenced by the impact of Victorian morality and dress sense on the Indian ethos. The breasts are fully covered and the uttariya becomes the star of the ensemble, consigning the antariya to oblivion as the lowly petticoat. In the past, the antariya was a beautifully woven and draped garment with the uttariya merely an embellishment.

A significant point about the sari; call it a dhoti and it becomes male dress, only the drape is slightly different. The same piece of cloth serves as a covering both for Raja Harishchandra and his wife , for Nala and Damyanti when they were destitute and had to share the single piece of cloth they had, torn into two. This conveys an essentially level societal gaze at covering the body, be it the male or the female one.

It has taken many shapes, drapes and textures over time. It would take not an article but many books to adequately cover the different ways in which saris are worn today and the different special weaves and styles which have evolved across the subcontinent. All the influences which have had play across this piece of land have been reflected in the restlessly changing profile of the sari.

The one thing it has done is change with time, adapting to the different needs and desires of the women who wear them. Each sari is different, special to the wearer and the moment, never the same again even if the same piece drapes the same body again. It is a unique statement, personalised down to the specific moment and individual who wears it.

What does it mean to us today? To India in the global comity of nations?

Indians live not only in India but across the world and wherever they have gone, so has the sari. Indians do not let go of their food, and Indian women, of their saris. That is perhaps what bothers the cultural imperialists of the ‘West’. Men have given up on desi wear almost completely, trousers and shirts are the norm except perhaps for wedding or festivals. But, women still love their saris. Women bureaucrats in India, for instance, are some of the best dressed in the world with their crisp cottons and elegant silks and are famous for being so internationally.

What many couture companies would like , of course, is for the growing market for Indian saris to be diverted to Western wear, and money to their coffers instead of the small businesses which exist in India. Wipe out the local bring on the multi-national.

India is perhaps the last bastion against the universalisation of Western wear across the world with a strong identity and recognisability of its own, not palatable to many whose business or cultural interests clash with this strength. It is also slowly having an impact on international couture, albeit a minuscule one at the moment.

Far from agreeing that the sari is undergoing a revival, I am of the opinion that if we do not take care, it will be wiped out in a generation or two. In every successive generation, the number of women wearing saris as a matter of habit has been going down, not up. So, such articles are a wake up call for us. To counter the agenda of hate of those who wish to see this symbol of India become one of hate and violence, we must wear more saris, enjoy the lovely fabrics, and be ambassadors for them.

There is nothing that you cannot do wearing a sari. It is a myth that it is a difficult garment to wear or carry off, all it needs is that you drape it around you as you feel comfortable. In India every day, women plant crops, build houses, cook, teach mathematics, build rockets, do police work, argue legal cases in court, wipe their children’s faces and write complicated code when not running marathons and practising kalaripayattu in this selfsame dress.

On a personal note, my mother taught me how to drape a sari and I started wearing saris daily when I joined the Indian Revenue Service in India. I continued it as office wear working for international organisations in Geneva, proudly and unapologetically. All I have ever received for this is admiration and appreciation, and often the wistful regrets of those such as the Japanese who have lost their traditional dress, the kimono, almost completely.

In my current avatar as an author and speaker, I lecture and speak across the world on Indic civilisation wearing this enduring symbol with comfort and pride.

I have taught my daughter the way of the sari and she wore it proudly, too, when she received her degree in the joint majors of Computer Science and Mathematics from Harvey Mudd College in California - the only Indian girl wearing a sari. The sari rules, or can rule, the modern tech age, too.

The sari is a classic dress, it combines comfort, elegance, beauty, tradition and modernity, and showcases the wearer as no other dress does.

May we ever keep the sari gently but inexorably flying in the face of hateful attacks, an enduring symbol of perfection in design and application.