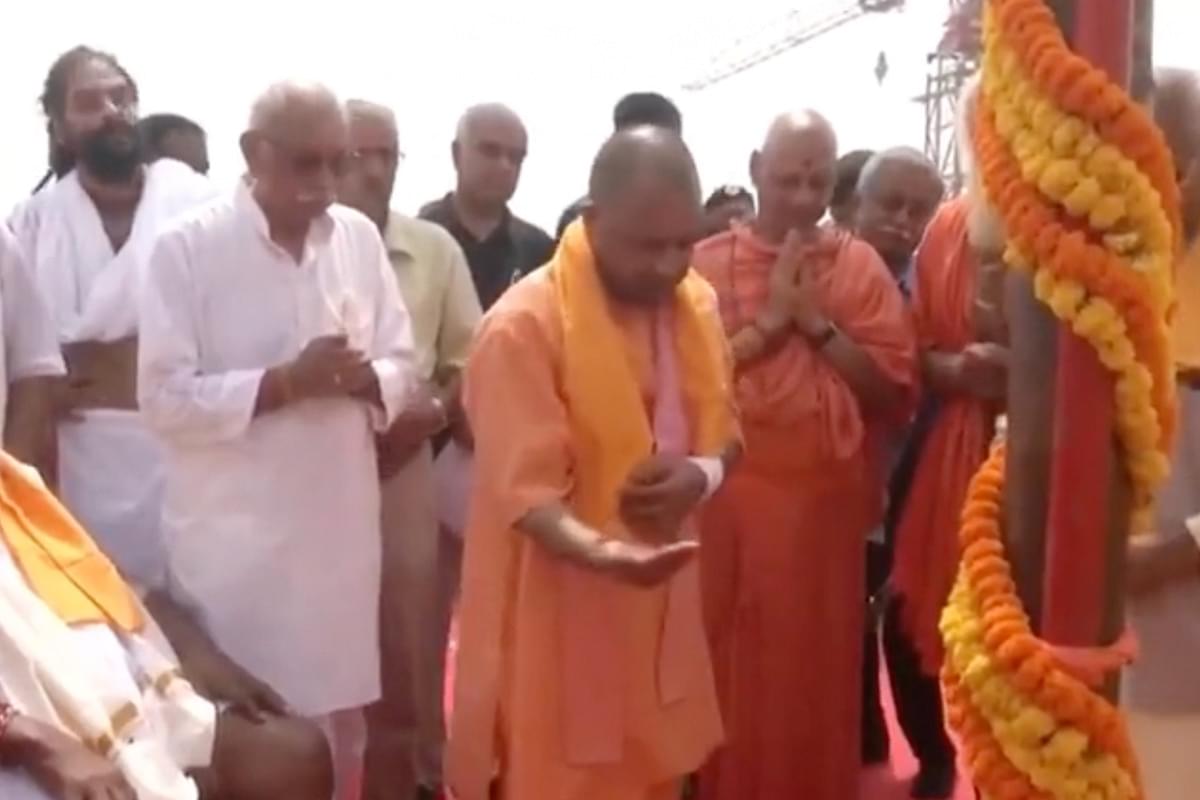 On the occasion, CM Yogi said that Ram Mandir will be the national temple of India.

The laying of the foundation stone paves the way for the construction of the grand temple's superstructure.

Along with CM Yogi, top Hindu seers participated in the ceremony to place the first carved stone at the temple site.

"The construction work of Ram Mandir in Ayodhya was started by PM Modi almost 2 years ago. The work is successfully proceeding and we are fortunate that the ritual of keeping the stones in the Garbhagriha has been initiated today," CM Yogi was quoted as saying in an India TV report.

The foundation stone of the under construction grant Ram temple in Ayodhya was laid by Prime Minister Narendra Modi in August 2020.

The Shri Ram Janmbhoomi Teerth Kshetra (SRJBTK), the trust set up to construction and management of Ram Mandir, had on Monday said that the construction of the temple (a three-storey structure) is in full swing.

The temple is scheduled to be opened to the devotees by December 2023.