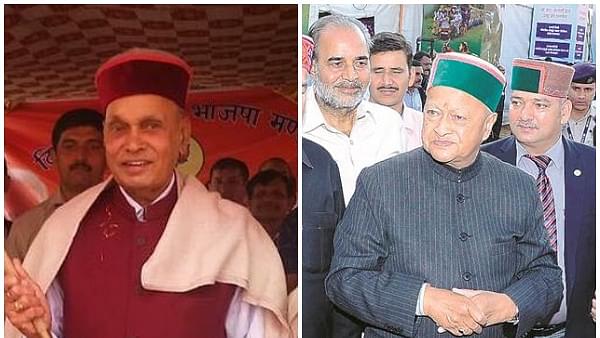 Himachal Pradesh Goes To Polls Today: Himachal Pradesh goes to polls today (Thursday) with Congress and Bharatiya Janata Party (BJP) fielding candidates in all 68 constituencies, where 337 candidates including 62 MLAs are in the fray. Chief Minister Virbhadra Singh, 10 ministers, eight chief parliamentary secretaries, Deputy Speaker Jagat Singh Negi, former chief minister Prem Kumar Dhumal and over a dozen former ministers are among those who have thrown their hat in the ring. Bahujan Samaj Party is contesting 42 seats, followed by the Communist Party of India Marxist 14, Swabhiman Party and Lok Gathbandhan Party six each and the Communist Party of India, three.

Most Airports Vulnerable To Terror Attacks, Warns CISF: The Central Industrial Security Force (CISF) has warned that most airports in India are vulnerable to terror attacks, because local police who provide security on the city side of those are often underprepared to handle the threat. “The report has flagged that the city side security is not a priority of the state police and proper deployment of force is rarely done,” said a government official. Police are unable to deploy enough personnel to guard the area around airports, said the report submitted in September. CISF has offered to provide security on the city side of the remaining airports as well, but for that it will need an additional 4,000 personnel. CISF guards the terminals at 59 of the country’s key airports.

Linking Aadhaar With Insurance Policy Made Mandatory: After Reserve Bank of India, Insurance Regulatory and Development Authority of India (IRDAI) has made it mandatory for individuals to link existing policies with Aadhaar, as well as quoting it for buying a new one. “The Authority clarifies that, linkage of Aadhaar number to Insurance Policies is mandatory under the Prevention of Money-laundering (Maintenance of Records) Second Amendment Rules, 2017,” IRDAI said. IRDAI also said that life and general insurers including standalone health insurers have to implement linking Aadhaar number with insurance policies without awaiting further instructions. All policyholders will have to link their policies and furnish the Aadhaar number. Insurers expect it to help the sector in reducing frauds and quicker claim settlement.

AAP’s Rajya Sabha Seat Offer To Raghuram Rajan: Former Reserve Bank of India governor Raghuram Rajan has been approached by the Aam Aadmi Party (AAP) with an offer of a Rajya Sabha seat. An AAP leader, who did not wish to be identified, said the party will not field any of its leaders for the three Rajya Sabha seats from Delhi that will fall vacant early next year. “We have approached him, but he is yet to revert to us,” the leader added. With its brute majority of 66 in the Delhi legislative assembly, a victory looks certain. Apart from Rajan, the party is also looking for an eminent jurist and a known person from the field of social service for the other two seats, the leader said.

Fake Firm Opened 2,000 Bank Accounts To Deposit Rs 4,000 Crore: Sitharaman: Union Minister Nirmala Sitharaman said on Wednesday that the government has unearthed cash transaction of up to Rs 4,000 crore by a fake company which had more than 2,000 bank accounts. The company did not disclose any detail of how it generated income. But it came to light that the company had 2,000 bank accounts, she said. The minister said the company used the government’s 30 December 2016 deadline asking people to deposit old Rs 1,000 and Rs 500 notes in bank accounts, to convert black money to white. “This incident has been unearthed. Now the company has been shut,” she said. Sitharaman sought to know from the opposition whether this would have come to light if demonetisation was not implemented.

$500,000 US Grant To Promote Religious Freedom In India: The US government has announced a grant of nearly $500,000 to any non-governmental organisation (NGO) for promoting religious freedom in India. The Department of State, Bureau of Democracy, Human Rights and Labor, in its notice of funding opportunity, said through its $493,827 India programme, it seeks to “reduce religiously-motivated violence and discrimination in India”. The State Department said the NGOs applying for the grant should come out with proposals to develop and implement early warning systems to mitigate large-scale violence and implement conflict mitigation programmes between minority and majority groups. The applicants also need to come out with ideas for successful programme activities to counter hateful or discriminatory public messages with positive messages. The US State Department also announced a similar grant for Sri Lanka.

PayPal Launches India Operations: After being in service for the past one decade in India, American digital payments player PayPal formally launched its domestic operations on Wednesday. PayPal India will offer buyer and seller protection along with six months claim window, free return shipping and its globally famous ‘one-touch help’ that skips login enabling a frictionless checkout to begin with, PayPal APAC senior vice-president Rohan Mahadevan said. Under its services, PayPal India will offer global Indians a single account for their domestic and cross-border transactions. The company also has plans to bring in its other global services like merchant credit and forex remittances.

Zakir Naik Will Be Extradited To India If Formal Request Is Made, Says Malaysia: Controversial televangelist Zakir Naik, who has been charge-sheeted under terror charges in India, will be extradited if a formal request is sent to Malaysia under mutual legal assistance treaty by the Indian government, Malaysian Deputy Prime Minister Ahmad Zahid Hamidi said on Wednesday. Malaysian newspapers reported that Hamidi informed the lower house in Malaysia that it was yet to receive any formal extradition request from India. National Investigative Agency sources in India said they will send an extradition request to Malaysia through Ministry of External Affairs as soon as the court takes cognizance of its charge-sheet filed against Naik last month. Naik has been accused of money laundering and radicalising several Indian Muslim youths through his speeches.

Saudi Anti-Corruption Drive Continues With Fresh Arrests: Continuing the anti-corruption crackdown, Saudi Arabian authorities have made further arrests of members of the kingdom’s political and business elite. Dozens of royal family members, officials and business executives have already been held in the purge announced on Saturday and face allegations of money laundering, bribery, extortion and exploiting public office for personal gain. Sources said a number of additional individuals suspected of wrongdoing have been detained in a continuation of the crackdown. A number of those held most recently include individuals with links to the immediate family of the late Crown Prince and Defence Minister Prince Sultan bin Abdulaziz who died in 2011.

Rethinking Open Access In Electricity: While open access is a prerequisite for choice, consumer choice is about more than this. Open access has become a way to allow large consumers to move back and forth between the discom and the market as and when they want.

Asia’s Maritime-Quad Might Prove Elusive: For the moment, the maritime-quad remains an idea whose time still hasn’t arrived. A closer look at the emerging naval dynamics in Asia makes clear that the maritime ‘quad’ isn’t still a wholly viable proposition.

Don’t Treat Big Tech As The Enemy: Tech companies must bring about greater transparency when it comes to ad purchases. Managing content on social media is something tech companies must grapple with; governments must work with them, not against them.

Love It Or Hate It, DeMo Changed The Rules Of The Money Game: The primary success of DeMo is in the shock value itself, not its aftermath. Here’s an attempt to weigh the pros and cons in as neutral a fashion as possible.