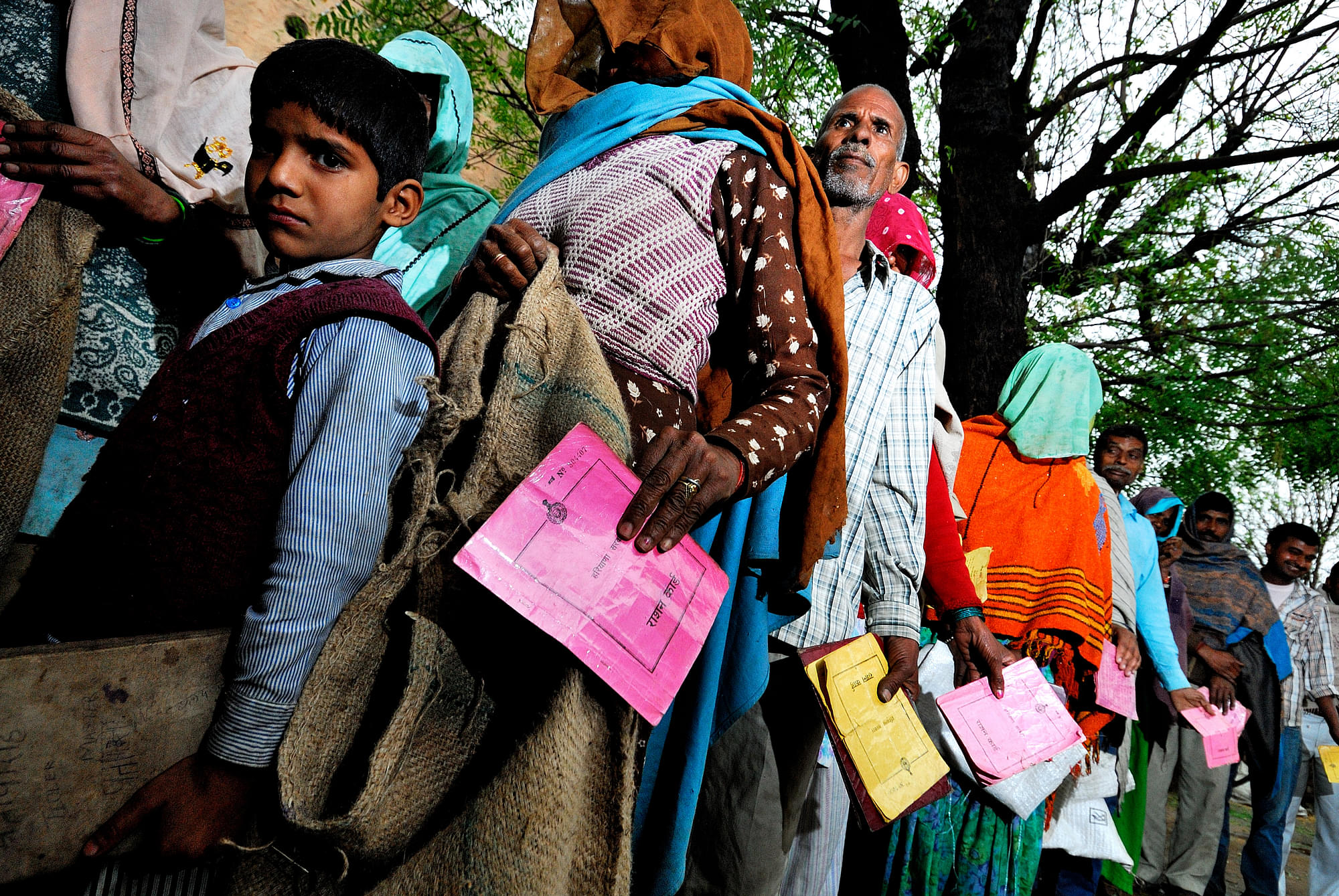 New household consumption data, which is likely to come out in June, may show a drastic decline in the number of people living in extreme poverty in India, the Times of India has reported. According to the daily’s report, the last official data, released in 2011, is at least eight years old. The 2011 data shows that 268 million people were surviving on less than $1.90 a day in the country.

The World Data Lab, which monitors poverty around the world, suggests that the number may have come down to 50 million. According to Brookings India, a think tank based in Delhi, “India’s last household survey of 2017/18 (to be released in 2019) captures household consumption more comprehensively — it will include an adjustment for owner-occupied housing and measure other items in accordance with common international practices”.

In a notice issued on Sunday, the Supreme Court cancelled the Ayodhya case hearing scheduled for 29 January due to non-availability of Justice S A Bobde, The Indian Express has reported. The hearing of the case 10 January too had ended without arguments as Justice U U Lalit had rescued himself after it was pointed out that he had appeared for a party in a case linked to the demolition of the disputed structure as an advocate in the past.

The apex court has to hear 14 appeals against the 2010 judgement of the Allahabad High Court’s to partition the 2.77 acre land in Ayodhya equally among three parties - the Sunni Waqf Board, the Nirmohi Akhara and Ram Lalla.

Voting for the assembly bypoll in Haryana's Jind, that is seeing a contest between the ruling Bharatiya Janata Party (BJP), the Congress and Om Prakash Chautala's Indian National Lok Dal (INLD), is taking place today. It was necessitated by the death of INLD legislator Hari Chand Midha last year. Around 1.75 lakh people, including nearly 80,000 women, are eligible to vote, Votes will be counted on 31 January.

Initially, the bypoll was a direct fight between the BJP and INLD. But the entry of the Congress, which has fielded party president Rahul Gandhi’s close aide Randeep Surjewala, has made it a multi-cornered contest.

The Railways has named its fastest train, the indigenously manufactured Train 18, as Vande Bharat Express. Prime Minister Narendra Modi is likely to launch Train 18 this week as it has been given provisional clearance by the Electrical Inspector to the Government for three months. Train 18 has officially become the fastest train in India after getting an approval from the Chief Commissioner of Railways Safety (CCRS) to run at a speed of 160 km per hour, the Times of India had reported in December.

According to the daily, the CCRS has given it an approval with certain conditions. One of these conditions is providing a “sturdy fencing” all along the track to avoid any mishap.In its note, the CCRS has said that the railways will need to provide fencing at vulnerable points if the train operates at 130 km per hour and all along the track if it is run at the top speed of 160 km per hour.

One Or More Economic Offenders May Be Brought Back Soon

One or more absconding economic offenders may be brought back to the country soon, Mint has reported, citing officials, who hinted at a “big development" this week. This comes just days after reports of the Indian Airways readying a plane for a ‘secret’ flight to a Caribbean Island made national headlines.

Earlier, reports said that India could be working on a plan to bring back Mehul Choksi, the prime accused in the Rs 13,500 crore Punjab National Bank fraud. However, Antiguan officials have said that he is not being sent to India.

Ashok Chakra For Kashmiri Army Soldier, A Former Ikhwan: What Is Different About It? Why we need to convince the alienated Kashmiris that Lance Naik Nazir Ahmad Wani is as much their hero as he is ours.

Cultural And Educational Rights for Hindus: A ‘Low-Risk’ Route To BJP’s Electoral Radar: It’s important that more well-informed voters prioritise urgent issues of ‘cultural and educational rights’ so they attract the attention they deserve.

They Raised Trees To Fill A Personal Void: Towering avenue trees flank a 4 kilometre stretch between Kudur and Hulikal in Karnataka — a project nurtured for 45 years by a couple whose work deserves better recognition.