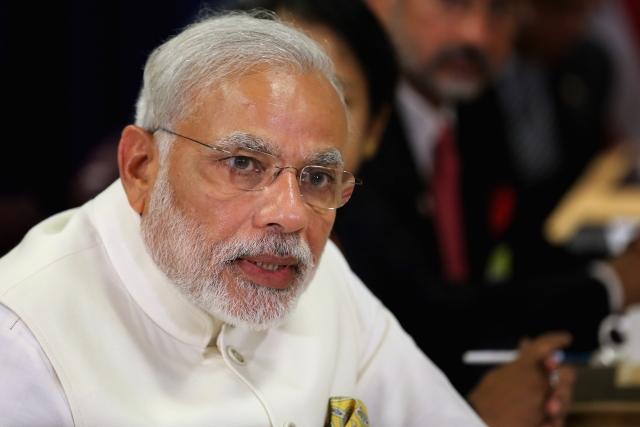 Defending his party’s position on the issues of Triple Talaq and Sabarimala in an interview with ANI , Prime Minister Narendra Modi said that the former was about gender and social justice and the latter about traditions. He said the decision of the lone woman judge on the bench, Justice Indu Malhotra, who dissented and stated that women reproductive age must not be allowed to enter the shrine, should be read minutely. On instant Triple Talaq, Modi said it is not a religious issue as multiple Muslim countries, including Pakistan, have banned it.

Those who disagree with the Supreme Court’s decision have argued that the objective of the practice was to honour the celibacy of the deity, Lord Ayyappa. During the hearing in the case in the case, lawyer J Sai Deepak, representing ‘People for Dharma’, put forward evidence from various religious texts, establishing the celibate nature of the deity. He stated that the charge of discrimination against women would’ve been justified had the entire focus of the practice would have been to keep “all women” out, but that’s not the case.

Delivery Of Chinook, Apache Helicopters To Start In March

The Chinook and Apache helicopters, which India had contracted for in a deal with the US, will be delivered by Boeing starting March 2019. The first Chinooks and Apaches built for India made their maiden flights earlier this year in Arizona. The helicopters will be shipped to India in a partially disassembled state and would be off-loaded at Gujarat’s Okhla port. A facility has been set-up at Okhla to assemble and test-fly these machines before being handed over to the IAF. After trials, the helicopters will be flown to their permanent base in Chandigarh

Chinook is a heavy lift chopper, used for transportation of troops and weapons into the battlefield. It can be used to lift equipment as heavy as an artillery gun. The M777 howitzer, which India has acquired from the US, can be lifted using Chinooks to areas where it is either impossible or difficult to take using trucks. Described as the most lethal attack helicopter in the world, the Apache can fire 30 mm armour-penetrating bullets and is often called ‘tank killer’. Equipped with Hellfire missiles, it can destroy heavy tanks and light bunkers with ease.

To give relief to the micro, small and medium enterprises (MSMEs) in the country, the Goods and Services Tax (GST) Council, chaired by finance minister Arun Jaitley, will consider raising the sales threshold for compulsory GST registration from Rs 20 lakh to between Rs 50-75 lakh, Mint has reported. A decision could be taken at the council’s meeting to be convened by mid-January.

According to a source quoted by Mint, the revenue impact from a higher threshold would be limited to Rs 800-1,400 crore. MSMEs are also set to benefit from the decision made by the Reserve Bank of India (RBI) to permit a one-time restructuring of existing loans to MSMEs if the total fund and non-fund based exposure does not exceed Rs 25 crore. Data put out by the RBI shows that 137,282 MSME loan accounts were referred for resolution during the six month period which ended March 2017. Only 2,197 loans were recast, 80,905 cases rectified, and recovery reported in 54,180 cases.

Muslims Persecuted In India, Planning Strike Since 2009: IS Plot Accused

The 29-year-old Islamic preacher arrested by National Investigation Agency (NIA) last week for allegedly being a part of an Islamic State (IS) module has told the agency that he was upset with the “persecution of Muslims in India” and had been planning “jihadist activities” since 2009, The Indian Express has reported. The agency has said that the preacher was the most “motivated” in the group and was the only one in touch with online handlers who guided him. According to the agency, he was in touch with a handler based in Afghanistan.

The NIA said he had a brief stint at the Deoband seminary and was teaching at various madrassas after graduating in religious studies. “He talks at length about the Russian invasion of Afghanistan followed by the American assault. He has also expressed concern about Chechnya strife and the Palestinian struggle. He has said that the only solution to all these problems is establishing Islamic rule under Sharia law,” NIA officer has been quoted as saying in the report.

The Kamal Nath-led Congress government in Madhya Pradesh has done away with the practice of government officials singing Vande Mataram on the the first working day of every month at the state secretariat. The practice was introduced by the Shivraj Singh Chouhan government of the BJP 13 years ago. Protesting against the decision, the BJP has announced that it will gather at Vallabh Bhai Patel Park, in front of the state secretariat, to sing Vande Mataram today.

In a statement issued for damage control, the Congress government has said that the the practice has been “stopped for the time being” as the state administration has “decided to implement this in a new manner”.

What Are India’s Security Challenges In 2019?

Beyond the borders of India, at the borders, and inside Indian territory - here are the primary security challenges that India must be prepared to face in 2019.

2019 Holds Prospect Of India Reclaiming Its Eminence In The Neighbourhood:

2018 was the year when India beat the Chinese challenge in the neighbourhood. Now, on to becoming the pre-eminent state in the region.

It is only if Indian tech dominates India that it can dominate the world.