The one where Narendra Modi can't cry. 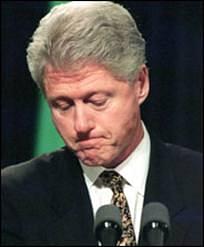 That Indian liberals harbour same sentiments for NaMo as vampires did for Buffy Summers, is possibly one of the most uncontested facts of Indian politics. Now, with the caveat that I am hardly a neutral observers to this,  for many of these liberals, Narendra Modi is just a scapegoat to distract others (or may be themselves, one suspects) from their Hinduphobia.

That said, I suspect that there is a minority among the liberals who are perhaps not motivated by their Hinduphobia, but purportedly (according to them) by Narendra Modi’s unwillingness to express contrition on the Gujarat riots.

This is complicated than may seem at first glance, for one, Modi had expressed regret in immediate aftermath of post Godhra riots and he might have reasonably concluded that those calling him to appear contrite are doing it for not entirely wholesome reasons. But that would be missing the point.

Those clamoring for apology are in effect asking for PDE  i.e. Public Display Of Empathy.

A dominant if unstated issue of modern politics all over the world, one which I happen to have sympathy with,  is expectation that the leader can empathize, leaders naturally respond to the expectation with excessive public display of empathy. Americans with their unparalleled genius to convert entrails into hotdogs have perfected this in form of Bill Clinton with his bite of lower lips, tear welling in eyes and the famous vote winning quote “I feel your pain”. This is one of the implicit assumptions of our times, and it genuinely troubles some people when Narendra Modi won’t demonstrate his empathy on public stage.

I confess, I am (or rather was) among those some people, this nagging feeling was what formed (unstated) backdrop to my post on Narendra Modi. Since then however I have come to believe that empathy is the wrong angle to look at Narendra Modi. Modi reminds one of an earlier leader from Gujarat, Vallabh Bhai Patel. I am no scholar on Sardar Patel, however I think I wouldn’t be remiss in saying that PDE was not something he was known for. His distinctive trait, which motivated all his actions, was his sense of righteous duty, an intuitive grasp of Dharma found usually among traditional Hindus.

I have come to believe that notwithstanding his shortcoming in area of PDE, Narendra Modi is aware of Dharma, and has the energy to fulfill it.